When drivers get into a vehicle, they know that they will eventually have to use their turn signals. These blinking electric lights are useful for communicating with other road users, letting them know the driver’s intentions. Learning to use turn signals properly is a basic skill that all drivers should know for better safety on the road.

Suppose that you were driving near a vehicle that suddenly veered into the space ahead of you. Most likely, you would be startled and possibly lose control of your vehicle, even just briefly. If the other driver had a signal light flashing, however, you would at least be able to anticipate what might happen. Signal lights are designed to let road users know what other drivers intend to do, helping them plan their own moves.

All vehicles now come with turn signal lights, but that was not always the case. As Jessica Gross explains in a 2013 New York Times article, an early twentieth century actress named Florence Lawrence developed an electrical arm for the backs of vehicles which allowed drivers to signal their upcoming turns. Before that, drivers had to use hand and arm signals, much like the ones that cyclists still use today. 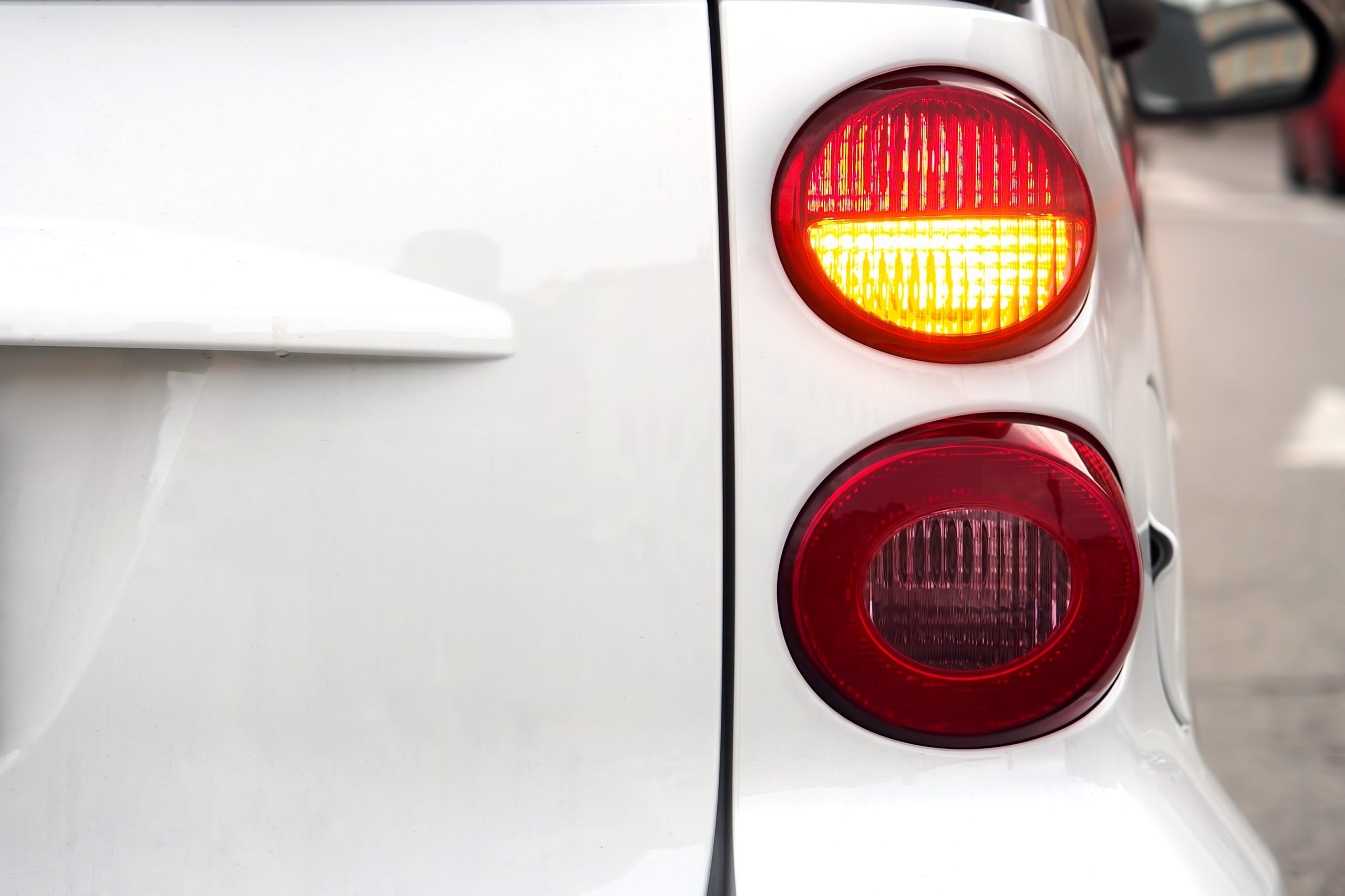 Lawrence’s ideas followed up on a 1909 invention by a British man named Percy Douglas-Hamilton, and later inventors such as Edgar Walz and Joseph Bell developed the concept even further. In 1939, Buick was the first automobile manufacturer to include signal lights as standard features, but it took until the 1950s for other manufacturers to do the same. By now, every vehicle comes with turn signals as a standard part of its manufacturing.

The turn signal system is designed to be as noticeable as possible. As the Your Mechanic website notes, activating the signal lever completes a circuit inside the system which sends power to the side that the driver has chosen. The lights flash on and off to attract the attention of other drivers, using a series of electrical pulses rather than a steady stream of power. A cancel device on the steering column usually cancels the signal when the turn is complete unless the turn is very slight, or if the device is broken. 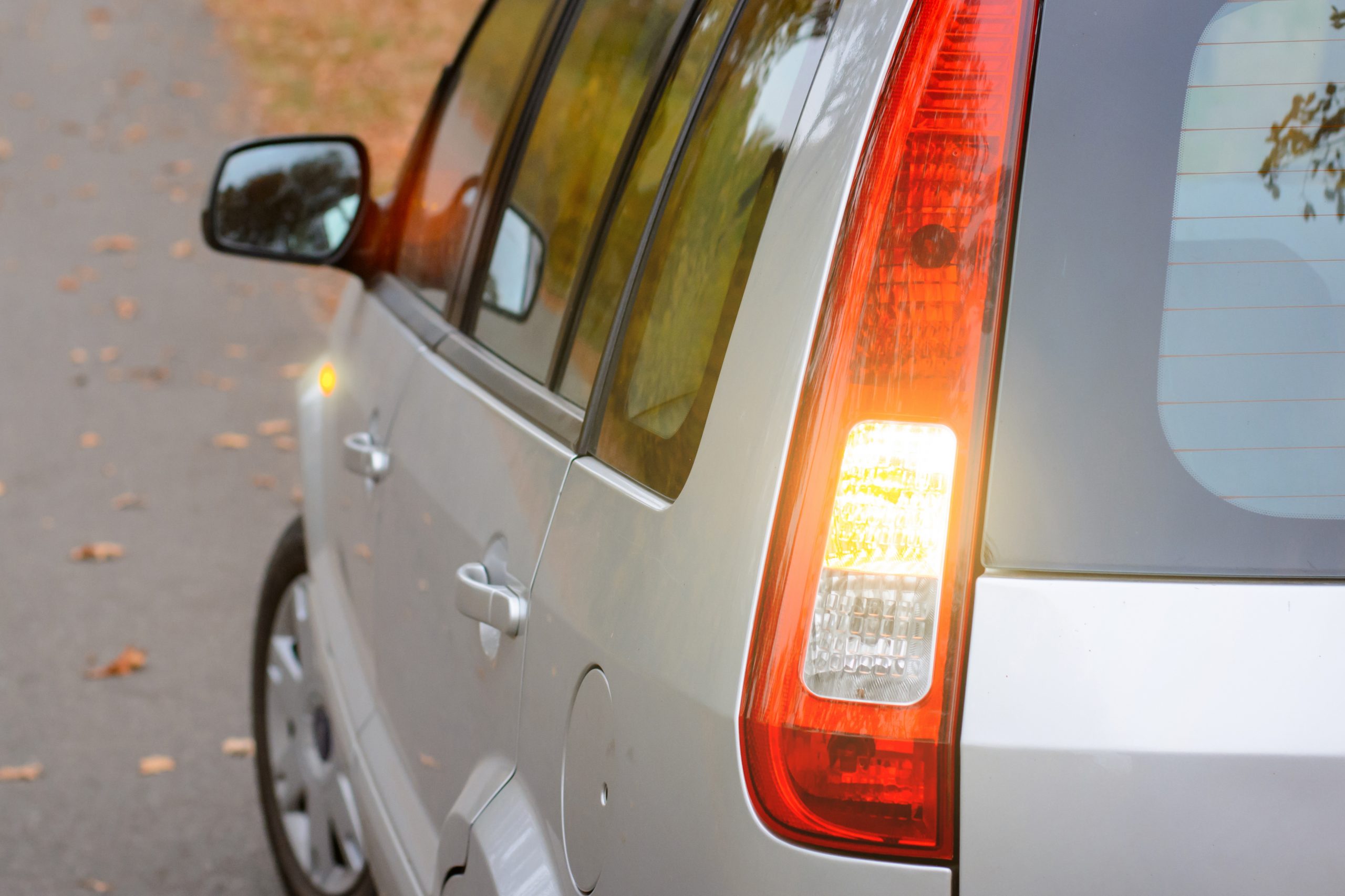 Normally, the turn signals are in the same place as the tail lights, on the extreme right and left sides of the rear of the vehicle. They are red for visibility and can normally be seen except in the worst driving conditions. Drivers should use their turn signals before changing lanes, turning a corner, or pulling over to the side of the road, as well as when pulling out from a parking spot onto the street.

To be effective, turn signals need to be visible and to be turned on in enough time for other drivers to slow down or change lanes if necessary. Keeping these lights clean and free of snow will help make them visible to other drivers. In terms of timing, the Ontario Ministry of Transportation recommends engaging the signal well before the turn, without giving a specific distance for activating the appropriate light.

Part of the issue is that road conditions and features can determine the best time for turning on a signal. Some driving instructors recommend engaging the signal about thirty metres, or about half a block, before an anticipated turn. That way, drivers following behind the vehicle that is turning will have enough time to anticipate the upcoming move.

However, this practice may be confusing if the road has other potential turns coming before the place where the driver actually wishes to turn. For example, a parking lot for a shopping mall may have several entrances close to an intersection, and road users may assume that the driver intends to turn at any of those spots. A less confusing practice could be to engage the turn signal after the last entrance to the parking lot if possible.

Other situations can make an early turn signal difficult, if not impossible. For example, a driver may have to swerve suddenly to avoid crashing into the vehicle ahead or to get out of the way of an unexpected barrier. However, it is good to get into the habit of turning the signal on early to alert other drivers to an upcoming lane change or turn. Once the turn is complete, drivers should be sure to turn the signal off if it has not done so automatically.

When drivers activate the turn signal, the system normally emits a clicking sound that continues until the signal is turned off. This sound reminds drivers to be sure that the signal is off after the turn is complete, as a turn signal flashing on a vehicle that is not turning or changing lanes can be very confusing for other drivers. Although the system often turns itself off, it does not always do so. In that case, the driver must manually return the lever to its original position.

This issue has often been a problem with motorcycles, which traditionally have been built with a turn signal system that needs to be turned off manually. If riders forgot to turn the signal off, they could ride for many kilometres with a signal light flashing, potentially distracting or confusing other drivers. However, that may be changing. As the Digital Trends website explains, some motorcycles now come with self-cancelling signals, while motion sensing technology may also help to solve this problem.

Turn signals are important safety features in vehicles to let road users know what a driver intends to do. Using these devices properly will help to make the roads safer for everyone.