When people get into vehicles, one of the first things they often do is to fasten their seatbelts. Although the use of seatbelts was once optional in Canada, it has been legally required for many years as the use of these devices can greatly increase people’s safety on the road. Knowing the benefits and proper use of seatbelts can help keep everyone safe in their vehicles.

Seatbelts have not always been required or even available for the drivers and passengers of vehicles. As the Defensive Driving website notes in its history of these devices, an English engineer named George Cayley originally invented seatbelts in the late 1800s for the pilots of airplanes. In 1885, an American inventor named Edward J. Claghorn patented a seatbelt designed to keep tourists safe in New York taxis, and the idea slowly gained acceptance and interest.

At first, seatbelts consisted only of the lap belt that is still common in the rear seats of many vehicles. The three-point seatbelt came in 1958, when a Swedish engineer named Nils Bohlin developed a belt that went across the chest as well as the lap. This innovation helped keep drivers and passengers safer as their upper bodies would not be thrown forward and hit the dashboard or steering wheel. 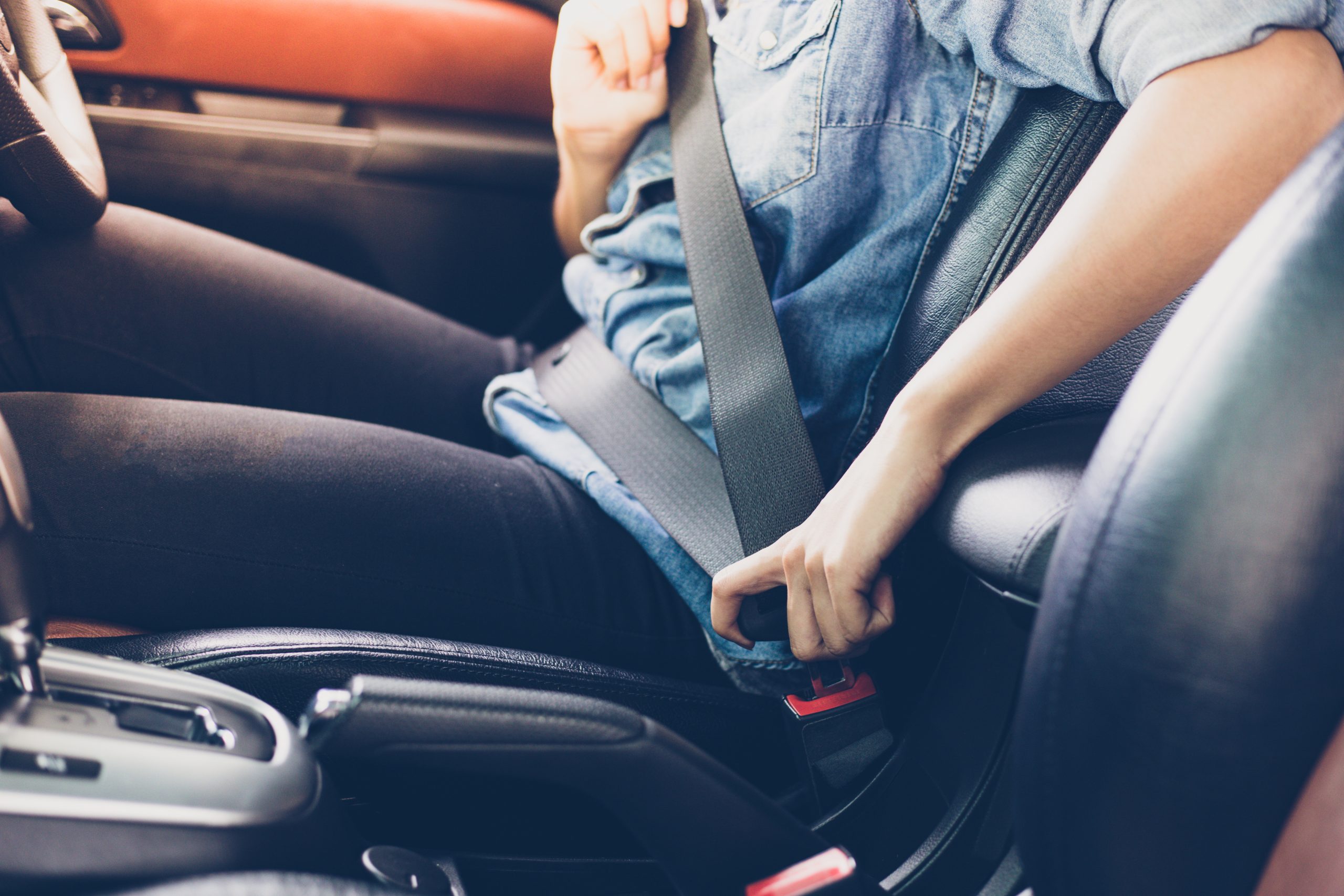 Seatbelts are designed to hold people in place when the vehicle makes an abrupt movement, such as in an accident or sudden braking. In these situations, the occupants of vehicles can hit their heads against the windshield or side windows, or be thrown around the inside of the vehicle, colliding with other occupants. Sometimes, unbelted occupants can be thrown entirely clear of the vehicle and sustain serious injuries or even die as a result.

According to the Insurance Corporation of British Columbia’s Seatbelt Fact Sheet, the effects on a vehicle occupant of an accident at 55 kilometres per hour can be the same as falling off a three-story building. At 80 kilometres per hour, the force can be the same as the impact of more than 1300 kilograms hitting the person. Although seatbelts cannot prevent all injuries, they can help to reduce the serious effects of an accident.

How to Wear a Seatbelt

Proper seatbelt use is important for their effectiveness. The lap belt should fit snugly across the hips without being uncomfortably tight. The shoulder belt should sit across the middle of the chest, not be moved behind the arm or pulled out so that it is too loose. Pregnant women should wear the lap belt low on their hips but still use the shoulder belt to help prevent serious injury to them and their unborn babies. Children under the age of twelve should have the proper carriers or booster seats to make the belts effective. Seatbelts operate with a simple metal clasp that users unfasten by pressing a button.

Seatbelts are designed to tighten in case of a sudden change in speed or direction. Even when a driver has to brake suddenly or swerve out of the way of an obstruction, the belt will tighten to prepare for a potential accident. Besides holding people in place, seatbelts help to distribute the effects of the crash to avoid trauma to any vital areas of the body. Seatbelts that are twisted or ripped at any point are ineffective, and all vehicle occupants should be sure that they check for any problems.

Seatbelt Use in Canada

Although seatbelts had already been available for years, they were not mandatory in Canada until the 1970s. As the Canadian Automobile Association South Central Ontario notes on the Cision Canada Newswire service, Ontario adopted a mandatory seatbelt law in 1976, following fourteen years of encouraging their use through special initiatives. Other provinces soon followed, making seatbelt use mandatory throughout the country.

Although not everyone follows the rules regarding seatbelts even now, the introduction of the law resulted in a decrease of eighty-five percent in the rate of fatal accidents in the forty years that followed. By 2013, over ninety percent of vehicle occupants in Ontario were using seatbelts. It took a long time for people to get the message and to develop the habit of buckling up, but the progress is significant. 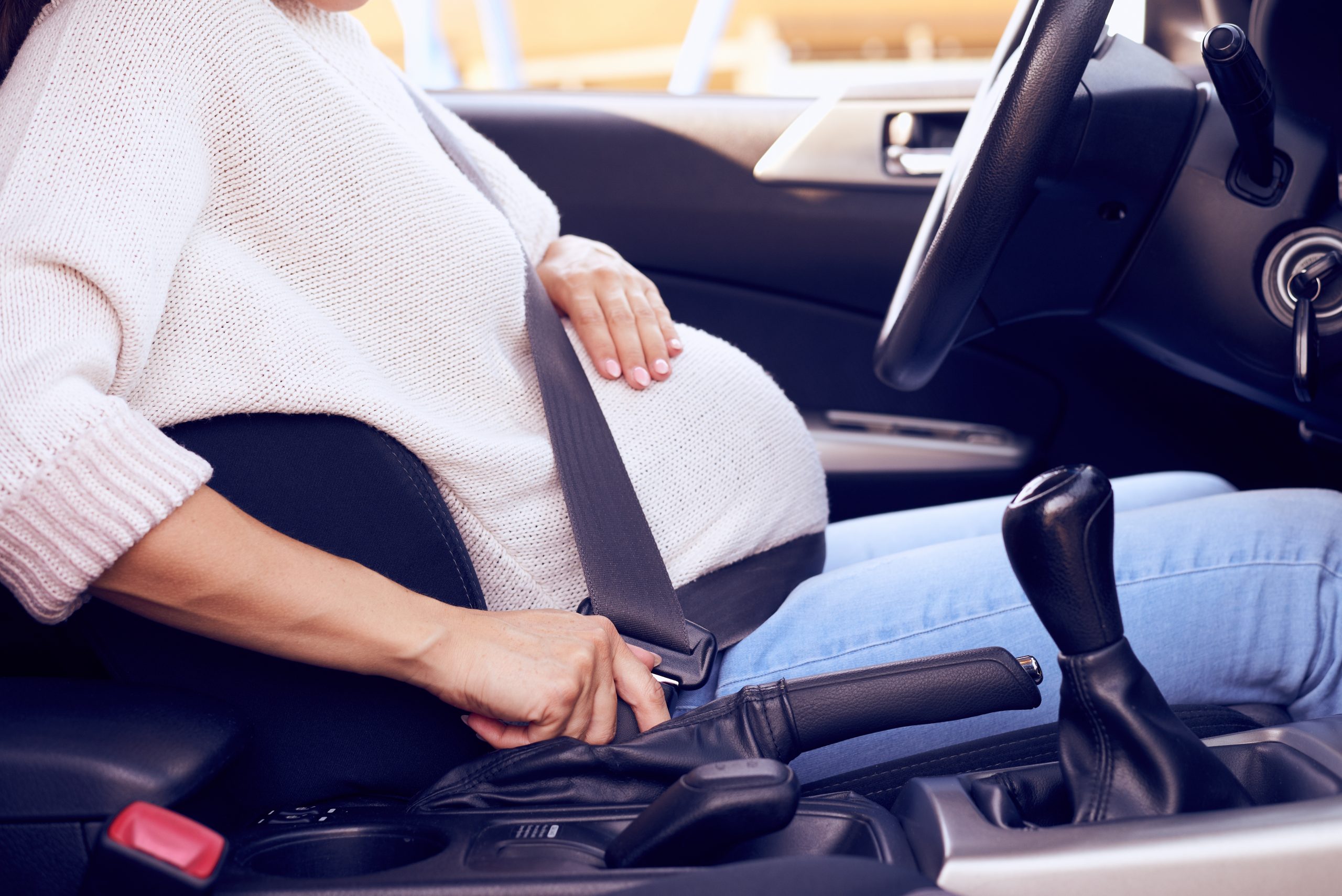 The website of Ontario’s ministry of Transportation outlines the penalties for failing to wear a seatbelt. It is the responsibility of the driver to wear a seatbelt and to ensure that everyone under the age of sixteen does the same. Fines for failing to do so can be between $200 and $1000, and the driver can receive an additional penalty of two demerit points, to remain on the driver’s record for two years.

A few exceptions to Canada’s seatbelt laws still exist, mostly in cases where a seatbelt would be inconvenient or potentially dangerous. For example, buses and other large commercial vehicles are not required to have seatbelts. In addition, people whose work requires them to leave their vehicle frequently, such as postal workers delivering mail, are not required to wear seatbelts.

Ambulance attendants and others riding in the back of an ambulance, people with medical certificates stating that they are unable to wear seatbelts, and anyone driving a vehicle in reverse are other exceptions to the seatbelt laws. Vehicles manufactured or imported to Canada before January 1st, 1974 are also exempt, although it is a good idea to have the belts installed for safety. In addition, taxi drivers are allowed to drive without a seatbelt while transporting passengers.

Objections to Seatbelt Use

Occasionally, someone may raise the objection that seatbelts can hinder an escape from danger, such as when a vehicle plunges into water or catches on fire. For example, two people died in Lac Saint-Louis, Quebec in October 2020 when their vehicle sank into the lake. However, wearing a seatbelt can prevent drivers and passengers from sustaining injuries that would keep them from escaping. In addition, the accidents in which seatbelts are helpful outweigh the small number of situations where they are a hindrance.

Seatbelts are a useful safety feature that have saved many lives and prevented injuries. Whenever you get into a vehicle, be sure to remember to use yours.