The speedometer is a gauge that measure and displays the speed of a vehicle. The bigger numbers on the outside are in kilometers per hour and smaller numbers are in miles per hour. Every vehicle on the road comes with a speedometer. The speedometer and odometer are important components, and it is important to understand how they work and to keep them functioning well.

One week, your vehicle’s speedometer registers the legal limit as you pass a speed trap with no problem. The next week, you appear to be driving at the same pace but get a ticket for speeding. What has changed? It could be that a new set of tires or maybe deflation in your old tires has changed how the instruments in your vehicle read your speed. 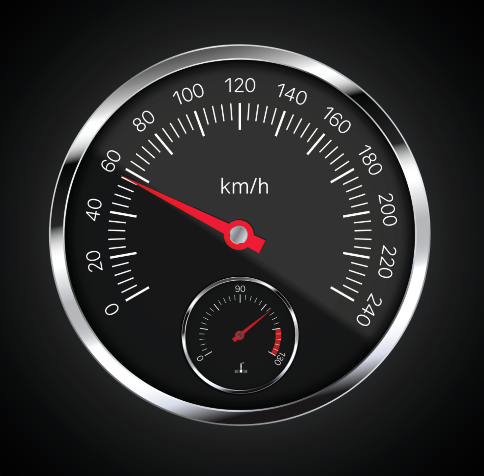 The device uses speed sensors in the transmission to measure the rate at which the wheels are spinning. Then it translates this number into miles or kilometres per hour. In older vehicles, the speed displays on a dial with numbers in kilometres or miles, or both. Although drivers can see approximately how fast they are going, it can be difficult to know the exact speed. Newer vehicles often have digital speed displays.

Some inaccuracy is built into speedometers. They are designed to show a higher number than the actual speed, generally at least five or ten kilometres more, depending on the vehicle. This way, drivers are less likely to speed, even if they think they are going over the limit. Careful drivers are less likely to exceed the speed inadvertently, while careless drivers may still be driving within the law, even if they seem to be travelling too quickly.

Just as some people set a clock to be fast so that they are less likely to be late for appointments, the faster speed on the speedometer gives drivers a bit of leeway in case they have trouble maintaining the right pace. Since many different factors can change the accuracy of the readings, vehicle manufacturers decided that it is generally better to have drivers moving slower rather than faster. That way, even the most reckless drivers might be moving at a far slower rate than they think, making the roads safer for other drivers and road users.

One of the factors influencing the accuracy of the measurements is tire size. Speedometers are set to record the rotation of the original tires on the vehicle, assuming that they are inflated correctly. If the vehicle’s owner replaces the original tires with ones that are either larger or smaller than the originals, or if the tires have lost enough air or treads to be smaller than normal, the speedometer can give false readings. 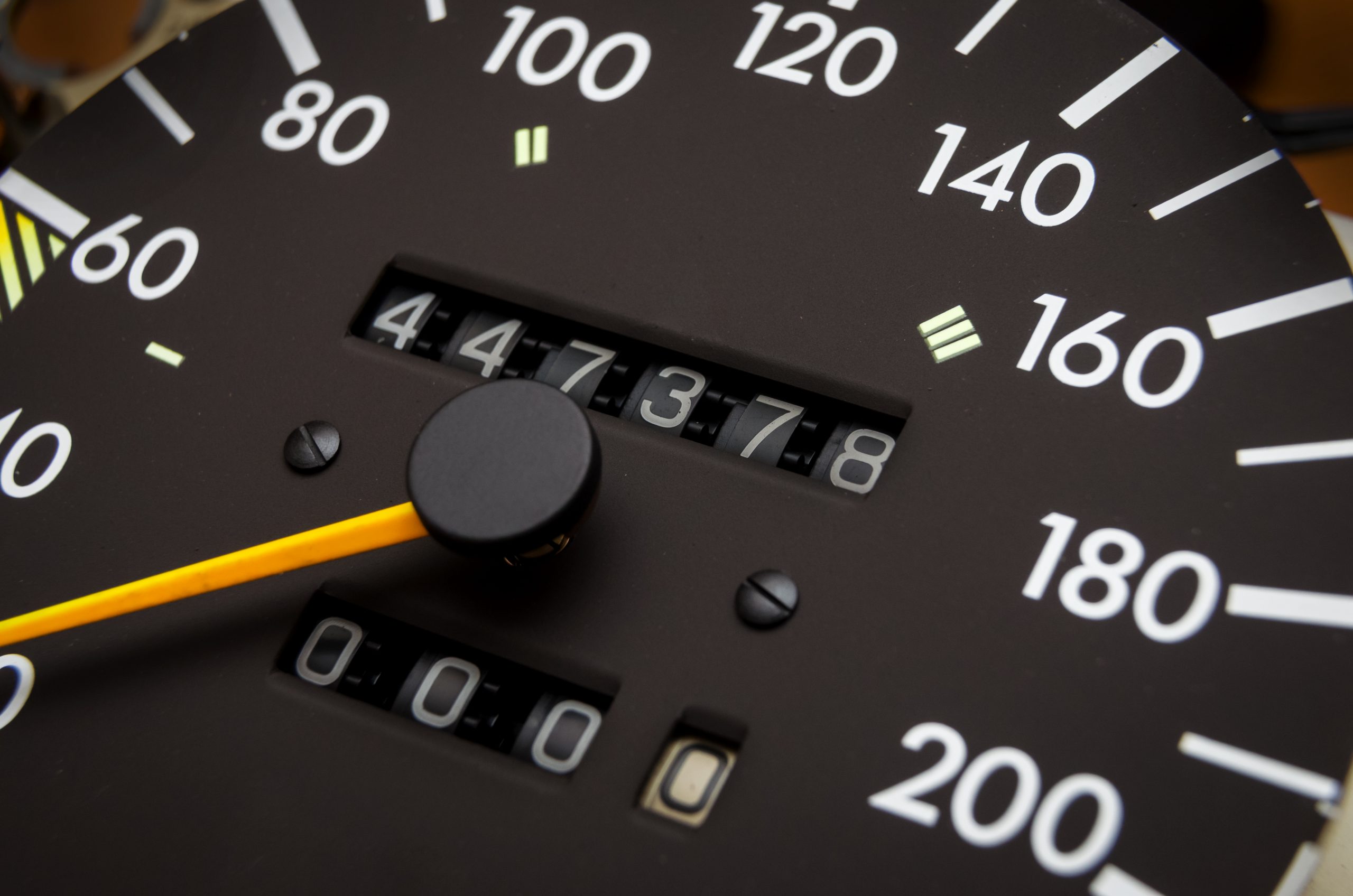 Odometers are set to be more accurate than speedometers. As the Torque website explains, odometers, like speedometers, measure the number of revolutions that the wheels make, but with a smaller capacity for error. In the past, they could be manipulated and the numbers changed to reflect lower mileage, but that has now changed in newer vehicles.

For many years, odometers were mechanical and could be turned back to a lower number, potentially deceiving buyers of used vehicles. With lower numbers on the odometer, the buyers would assume that the previous owner had not used the vehicle often and that thus the wear and tear would be minimal. Vehicles tend to have a limited lifetime, and a newer vehicle could be expected to last longer than one that had been driven long distances. 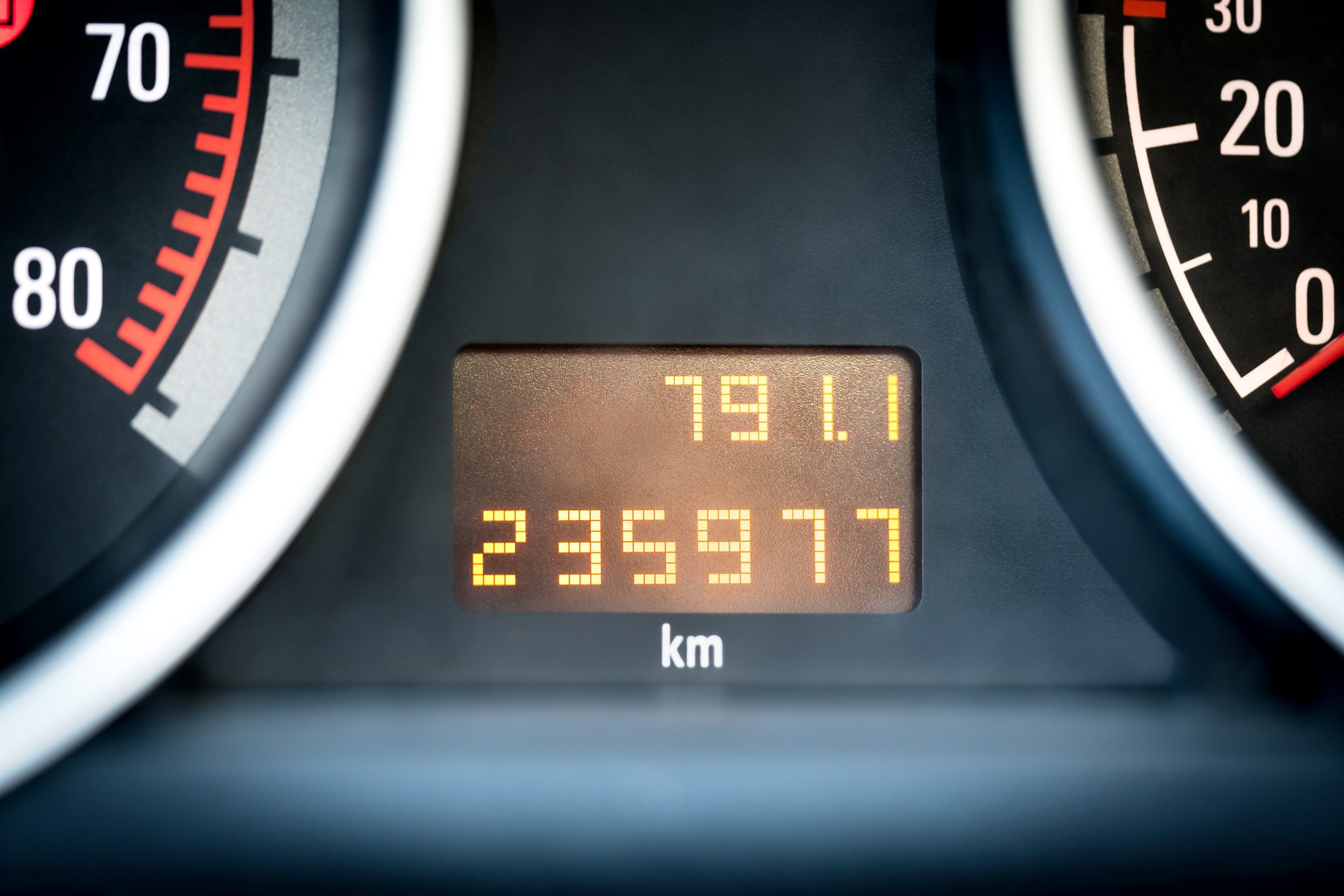 Many odometers have at least two sets of numbers and sometimes three. The longest set shows the total number of miles or kilometres that the vehicle has gone throughout its driving history. This number is important for alerting mechanics or potential vehicle buyers to look for certain types of wear and tear on the vehicles. Although vehicle owners can no longer reset the odometer manually, it can reset itself when the vehicle has travelled a certain distance. 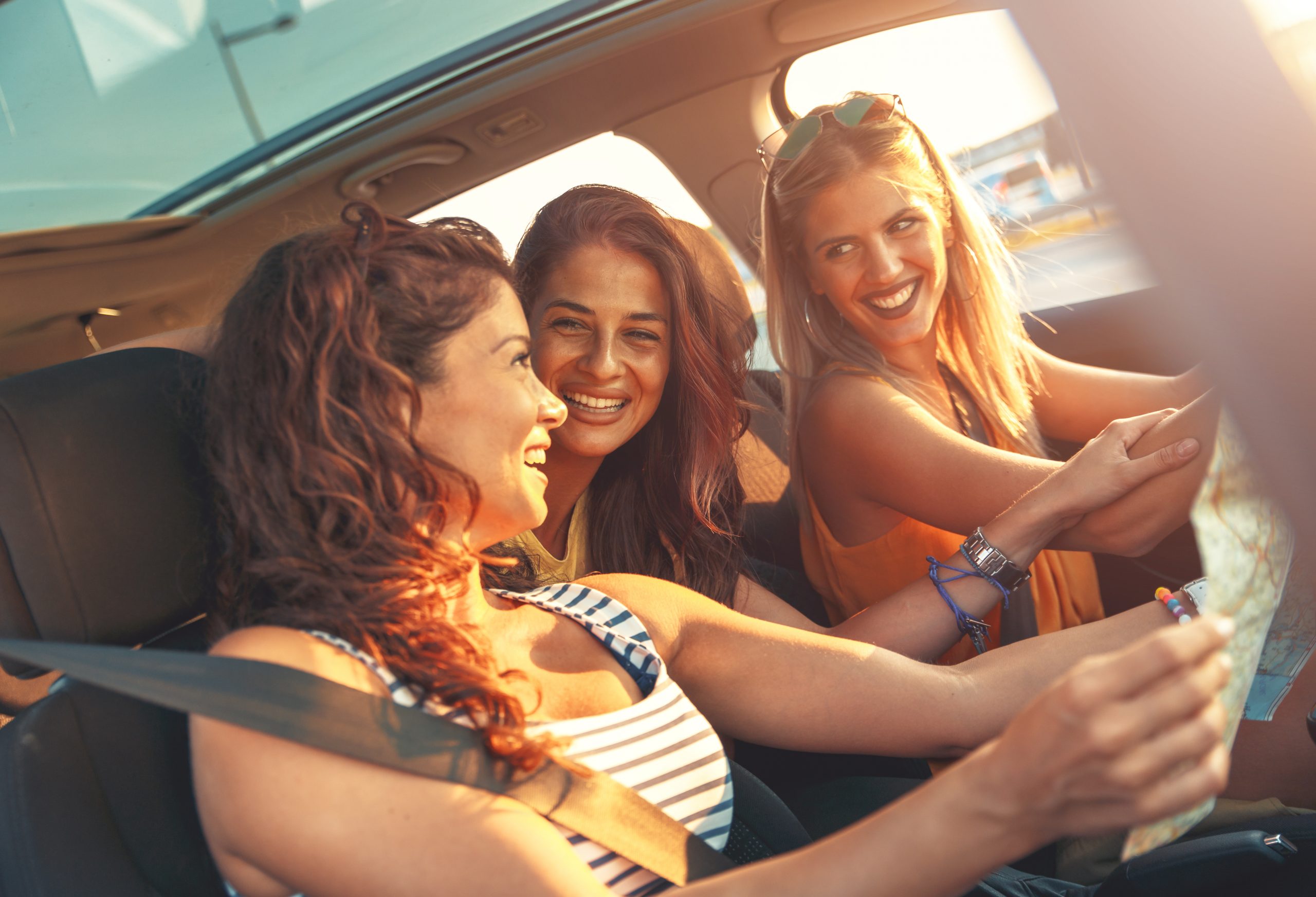 The second (and sometimes third) set of numbers is for recording the distance of a particular trip.  Drivers who want to know how far it is between two spots, whether they are only blocks or hundreds of kilometres apart, can set one of these odometers to measure the distance. At the end of the trip, the driver can reset the numbers to zero or continue to record the number of miles or kilometres that the vehicle has gone. Having more than one of these extra odometers can be helpful, especially if two or more drivers using the same vehicle wish to record the distances that they travel.

Measuring specific trips can be useful in many situations. For people who use a vehicle for work, it can be useful for determining the amount of money the employer should pay the employee for wear and tear on the vehicle. For someone driving to an unfamiliar place, it can be useful to know exactly how far to go before making a turn, and a trip meter can make this process easier. Even just estimating how long a trip will take, based on the distance, can make it easier for drivers to arrange mealtimes, babysitting, and more.

The speedometer and odometer are useful features in all vehicles, helping drivers to measure their pace and estimate the distances they travel. They give important information to the drivers, helping them to make decisions that can affect their travel.