People often like to think that they control the process of driving. Their use of the steering wheel, brakes, accelerator and other devices can make them think that their actions are the only ones affecting their progress. However, many other forces act on vehicles as they move along the road, including gravity, inertia, momentum, kinetic energy, friction and centrifugal force. Understanding these natural laws of driving can help road users avoid problems and operate their vehicles as safely as possible for themselves and everyone else on the road.

Gravity is a natural force that everyone, on the road or elsewhere, experiences daily. The Canadian Oxford Dictionary defines gravity as “the force that attracts a body toward the centre of the earth or towards any other physical body having mass.” On the road, gravity keeps vehicles from flying off into space. While few drivers appreciate the gravitational pull that causes a vehicle on an icy road to slide into a ditch, they would find it impossible to operate a vehicle without this natural force. 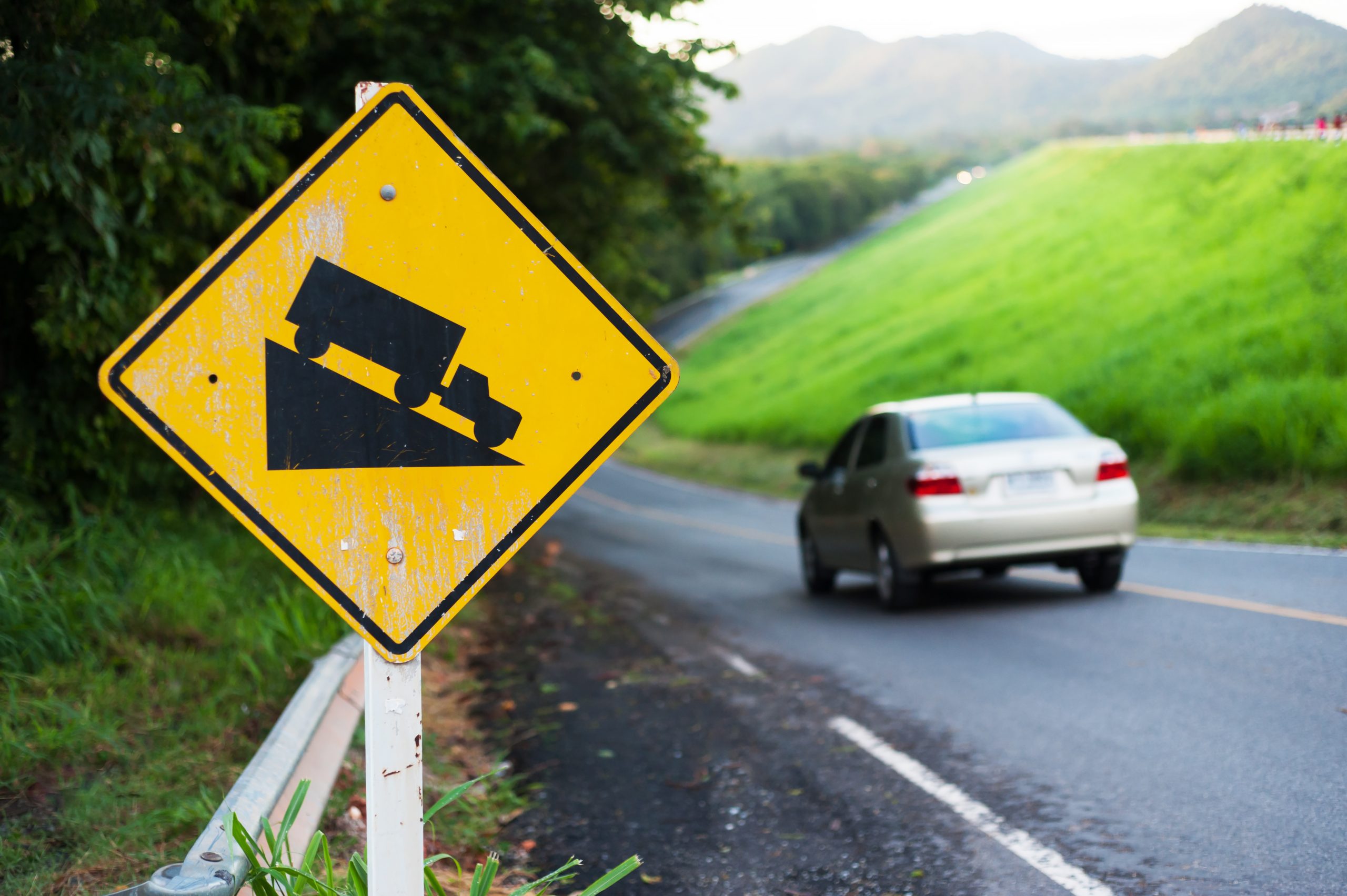 As the E-Permits Tests website notes, the effects of gravity depend on factors such as the weight of the vehicle and the distance between two points. Gravity will slow down a vehicle going uphill unless the driver exerts more pressure on the accelerator. On downhill slopes, gravity will pull the vehicle along the road faster and faster unless the driver applies the brakes. The steeper the slope, the faster the vehicle will go.

Gravity is also a factor in stability. Vehicles which have most of their weight close to the ground tend to be more stable than tall ones with heavy segments near the top. Being aware of a vehicle’s centre of gravity is especially important for truck drivers carrying heavy loads, but this factor can be important even for drivers in other contexts.

For example, someone who normally drives a small car might need to take note of any changes in the centre of gravity when heavy objects are on the roof of the vehicle. When the vehicle turns corners, these objects could potentially cause the vehicle to tip over. Being aware of what affects a vehicle’s centre of gravity can help drivers operate their vehicles safely.

Inertia and momentum are closely related to gravity. Inertia, according to Dictionary.com, refers to the tendency of matter to stay at rest or to continue moving in a straight line as long as an external force does not act on it. Just as “inertia” can describe the inaction of a person who lacks the energy or the willpower to get up and move around, the term can also describe what happens to a car, truck or van unless the driver takes the initiative.

Thus, a vehicle will move straight ahead, even crashing into a tree or a ditch, unless the driver turns the steering wheel. It will continue to go forward until another force, such as the steering wheel, acts on it. When the vehicle is stationary, it will not begin to move unless either the driver presses the accelerator, or the forces of gravity cause it to begin rolling down a hill.

The opposite of inertia is momentum. This term describes the motion of an object, measured in terms of its mass and velocity. A truck travelling at the same speed as a car will normally have more momentum carrying it forward, even if both drivers brake at the same time, because of the additional weight of the larger vehicle.

Kinetic energy is another element of driving. According to the Canadian Oxford Dictionary, kinetic energy is what a body produces by virtue of being in motion. The definition for “kinesis” further explains that the movement comes in response to a stimulus. Thus, the action of pressing the accelerator of a vehicle produces kinetic energy. Similarly, a vehicle rolling down a hill is subject to kinetic energy, even though the driver has not initiated the movement.

Once a vehicle is in motion, it produces friction. Encyclopedia Britannica defines friction as a “force that resists the sliding or rolling of one solid object over another.” Friction slows moving objects down, potentially stopping them entirely unless another force works to move it forward, such as when a driver presses the accelerator of a vehicle.

Friction in driving happens both inside and outside the vehicle. In the motor, the moving parts require oil to reduce the wear and tear that constant friction could otherwise produce. Besides potentially causing the vehicle to wear out sooner, the friction of metal parts rubbing directly against each other would produce noises that could easily damage the eardrums, besides being extremely irritating. In this case, the best course of action is to reduce the effects of friction as much as possible. 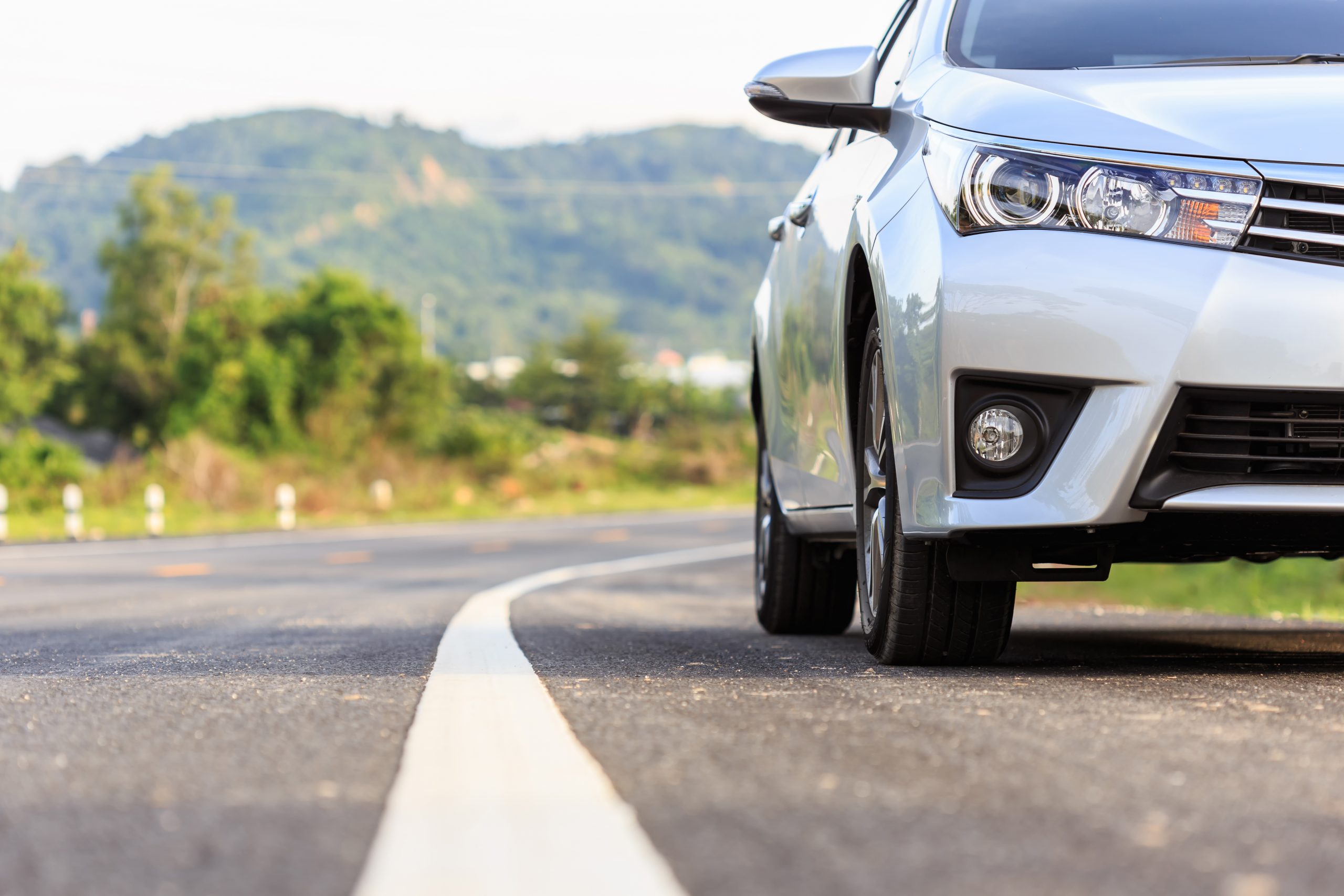 Another type of friction is essential for driving: the friction between the tires and the road surface. Although this force causes the tires to wear down, it is also the element that keeps the vehicle in control. Friction produces traction, which allows the wheels to grip the road surface, whether it is clear pavement or ice. The solid road and the moving tires connect with each other to help the vehicle move forward, although not always consistently. When the friction between the road and tires produces insufficient traction, the wheels can spin and fail to move the vehicle forward.

Once a vehicle is in motion, centrifugal force becomes important. According to the E-Permit Test website, centrifugal force is the perceived outward force of an object as it is being rotated. On the road, vehicle occupants feel this force when they turn corners too quickly or speed around a curve in the road. It can potentially cause drivers to lose control of their vehicles, especially if they overcompensate for the problem and potentially steer into oncoming traffic or crash into an object at the side of the road.