Suppose that you start out on a trip and then have to turn back for something that you have forgotten. You would likely need to do a U-turn. Depending on where you are, you might have to choose your spot carefully. Knowing how to perform this maneuver and understanding the rules in each part of Canada is important for every driver.

The Canadian Oxford Dictionary defines a U-Turn as an “act of driving a vehicle in a U-shaped course in order to turn around and travel in the opposite direction.” Often, this involves moving around a barrier like a boulevard to get to the other side.

How to Make a U-Turn

As the Ontario.ca website notes, visibility is an essential part of a safe U-turn. Being able to see oncoming traffic is necessary for making a safe turn, but it is equally important to know what is behind to avoid causing a traffic pileup. 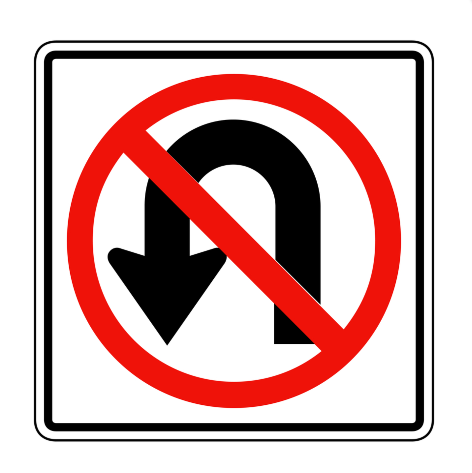 The first step in making a U-turn, according to the Driving Tests website, is to signal and move into the left lane. If the street has more than one turning lane, the driver should choose the inside lane to avoid cutting off any other drivers who are also turning.

From the left-hand lane, drivers can move into position when the way is clear. At this point, they need to make a few assessments of the road and traffic. On a wide road with space and time to maneuver around the curve and back in the opposite direction, drivers can take a wide turn and move as slowly as they need to in order to make the turn safely. In relatively heavy traffic or on narrow roads, however, the driver may need to turn quickly in as tight a space as possible. Judging how far to pull out into an intersection for a U-turn is a skill that can take some practice to gain.

When the road is clear and the vehicle is in position, drivers a begin the U-turn. The first step is to turn the wheel as far to the left as possible. When it is safe, the driver can then press the accelerator, moving quickly enough to complete the turn before traffic comes but slowly enough to maintain control over the vehicle. When the turn is complete, the driver can let the steering wheel return to its original position, being careful not to let it slide back too quickly.

On narrow roads, the procedure is much the same as on wide roads, but it takes extra caution. On some of these streets, drivers might want to reconsider attempting a U-turn and find an alternate way of turning around. Similarly, U-turns can be disruptive in heavy traffic, and in that case, it can be better to find another way to get back to a previous spot.

The Ontario Ministry of Transportation recommends a different method of accomplishing a U-turn. The first step is to signal a right turn and to pull to the far right lane. After turning on the left turn signal, the driver should turn the steering wheel all the way to the left and make a sharp turn when the road is clear in both directions. When the roads are fairly empty, this method can help drivers move their vehicles into a good position for a smooth move to driving in the opposite direction.

Local laws are an important consideration. According to an August 2017 Globe and Mail article by Jason Tchir, rules regarding U-turns vary from province to province. In Ontario, U-turns are not allowed near railway crossings, at places where visibility is limited, or at any point where the turn would interfere with traffic. Otherwise, unless a sign prohibits these turns, they are allowed at any intersection or between them if it is safe. Violations are subject to a $110 fine and two demerit points. 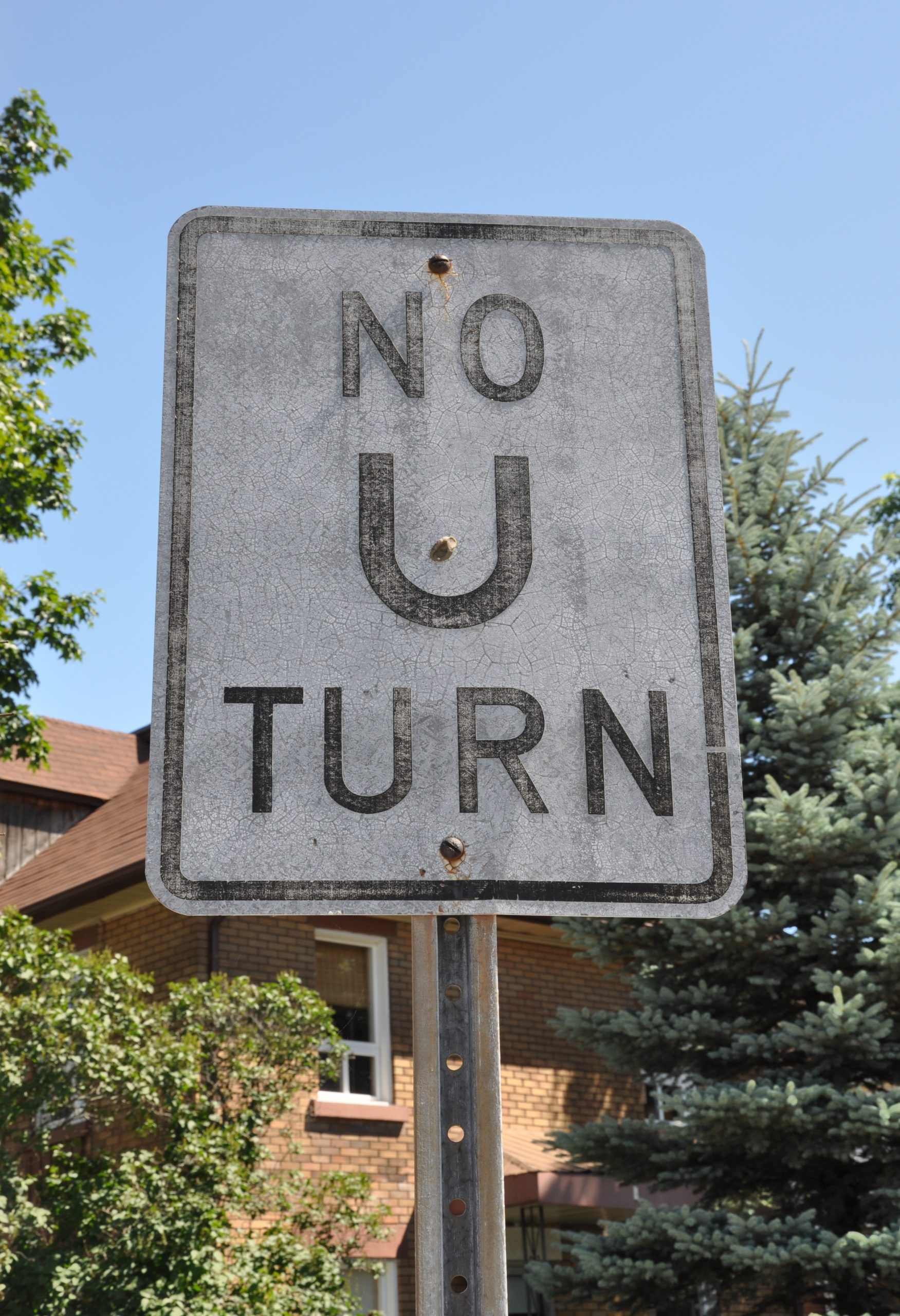 Watching for signs is important in Ontario and elsewhere. Only Newfoundland prohibits U-turns entirely, but other provinces place various limitations on this maneuver. Finding ways to avoid U-turns may be the preferred option, although this is not always possible.

U-turns have always been a factor in driving because people can be forgetful and have to return home or miss a turn when they are driving on unfamiliar roads. However, as Andrew Clark writes in his September 2019 Globe and Mail article, the increasing popularity of Global Positioning System (GPS) devices and ride share services like Uber have made U-turns more common.

With passengers giving last-second directions to drivers or computers misdirecting road users, people often have to change direction to return to a missed intersection or exit. When this happens, a U-turn is often necessary. When people drive their own vehicles, going to an unfamiliar place may mean that they have to depend on GPS devices. Even when these devices are accurate, they may give directions too late for a driver to maneuver through heavy traffic in time for an exit. In that case, a U-turn may be the best option for getting back on track.

Like any other driving maneuver, U-turns can block traffic unless the driver is careful to stay out of other road users’ way. U-turns generally take longer than regular turns as they happen in tighter spaces, and many drivers may find that they are unable to complete the turn before traffic comes up from behind. If that happens, the driver should remain calm and either back up slightly or move forward slowly as needed for a safe turn.

U-turns can be difficult enough on dry roads with little traffic, but they can be especially dangerous on ice or in heavy traffic. In these cases, drivers may wish to find an alternative, such as going around the block or turning around in a parking lot. Still, these types of detours can delay drivers or even make them lose their way.

When a U-turn is the best option, drivers should be able to perform this maneuver quickly and easily to avoid disrupting traffic if possible. Learning this skill is important for everyone.