The rationale of traffic control devices (signs, signals, road markings) and how they contribute to road safety

Almost everything you do has some form of control to try to keep it working properly. When you were young, your parents taught you skills that you would need later in life, from crossing the road safely to cooking to holding a conversation. At school, you learned to raise your hand in class so that everyone could have a chance to speak. Traffic control devices have a similar purpose of controlling what happens on the roads. 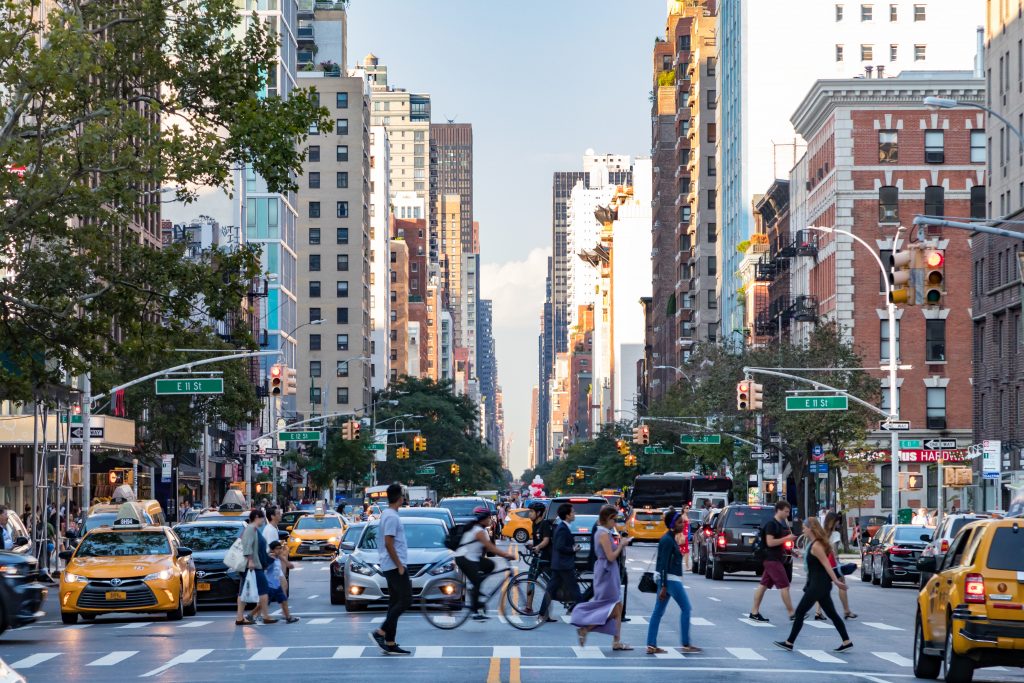 Almost every road or highway in Canada has some kind of traffic control device. Residential streets have stop signs at the ends and often other signs on the sides, letting drivers know where they are allowed to park or when they are entering a school zone. Main roads typically have many more traffic control devices, including route numbers, parking signs, traffic lights, crosswalks, and more. These devices give drivers and other road users the information they need to walk, cycle, or drive safely together.

In its own way, each road sign, signal, or marking helps fulfill these criteria. For example, a stop sign and the white lines of a pedestrian crossing work in different ways. The stop sign requires drivers to stop and wait their turn, giving pedestrians a chance to cross the road and other traffic to go in sequence. A pedestrian crosswalk signals a place where people on foot are legally allowed to cross the road and where all others on the street, with the exception of emergency vehicles, are required to stop and wait.

Variations in Signs and Signals

The Strathcona County Municipal Policy Handbook in Alberta lists some of the different circumstances that might influence pavement markings, such as:

Since the road signs, signals, and markers may vary from one place to another, it is important to learn what they mean and to take note of the variations. For example, traffic signals are most often vertical, with red on top and green on the bottom. Occasionally, however, they may be placed horizontally. For anyone who suffers from colour blindness, this could be a major issue. However, studying the particular signals of each area will help drivers find the information they need to drive safely.

What the Colours Mean

Ontario’s Ministry of Transportation handbook lists the meanings of traffic signs and their colours. On the highways, directional signs are green with white writing. Stop signs are red, also with white writing, while signs indicating a temporary warning, such as construction signs, are orange with black or white writing. Many other signs are white with black writing, often with a red circle to indicate that an action is allowed or a red circle with a line through it to show that the action is not allowed.

Colour groupings of signs and signals help drivers to recognize the significance more readily than they otherwise might. If drivers see orange signs, for example, they know that they should slow down and watch for anything that could impede their progress. A green and white destination sign on a highway can help travellers decide whether they can carry on to the next town or if they should find a place to stay for the night.

The placement and size of signs is also important. Highway signs are normally larger than those in the city so that drivers travelling at high speeds can read them quickly. Signs indicating a construction zone or other obstruction are placed at some distance away from the obstruction to allow drivers to choose an alternate route if they wish. Just like the amber light in a set of traffic signals, the orange signs are a warning to be careful and to watch for hazards.

Some signs are designed to be memorable and to evoke what they are trying to convey. A school zone sign, for example, is a five-sided sign shaped somewhat like a house. Its yellow colour is reminiscent of a school bus, while the two figures on the sign are easily recognizable as children.

Arrows on signs or signals are possibly the most obvious in meaning. On a traffic signal, a green arrow means that traffic is allowed to move in that direction, while a sign with a white arrow on a black background indicates a one-way street. An arrow above or below a drawing of an airplane indicates that an airport is in the direction indicated. Arrows can point to museums, hospitals, police stations, and more. 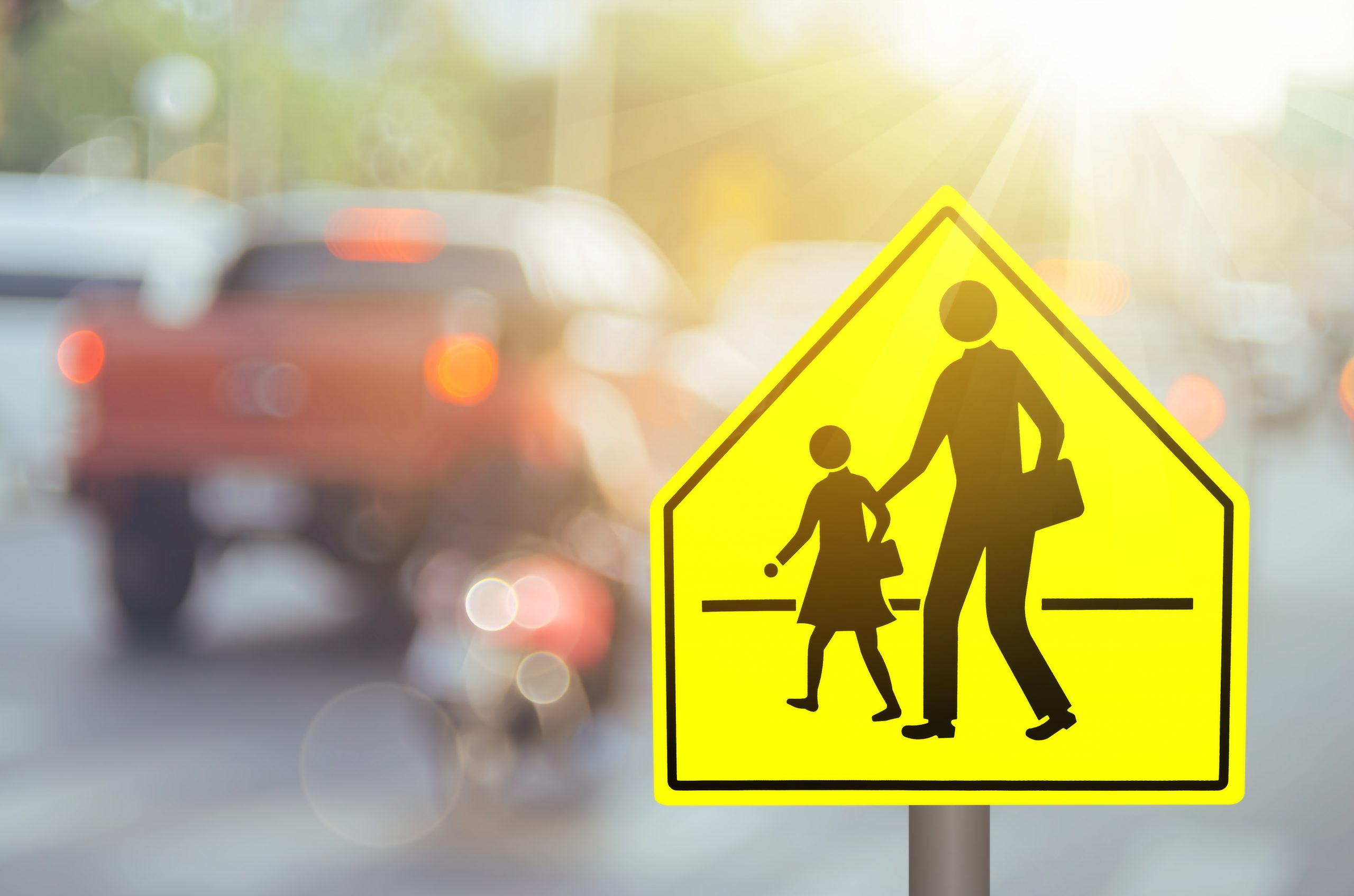 Markings on the pavement are also extremely important. Besides the thick white bars of a crosswalk, roads often have broken white lines indicating lane divisions. Normally, these lines become solid within a short distance of an intersection, indicating that drivers are not supposed to change lanes. Yellow lines normally mean the division between traffic moving in opposite directions, with solid lines indicating that drivers should not cross the lines to pass other traffic and broken lines showing that passing is allowed.

Most of the signs and markings on the roads help to promote safety. While a sign indicating a nearby museum is not safety-related, the traffic signals and stop signs at intersections help to keep traffic moving with as few problems as possible. Signs giving certain hours when parking is allowed similarly help to keep traffic flowing at rush hour, and construction signs warn drivers of upcoming obstructions. Even the distance and directional markers on highways are important for safety, as travellers need to plan a stop before they become too fatigued to operate their vehicle.

Every traffic control device has its own meaning and significance for road users. Learning to pay attention to these devices is an important part of being a safe and proactive driver.