Imagine being stuck at an intersection for hours because no one knows what to do. Although something that extreme is unlikely to happen, controlled and uncontrolled intersections can be confusing. Knowing how to deal with both types of junctions is an essential skill for all drivers.

The Canadian Oxford Dictionary defines an intersection as “the place where two things intersect or cross.” On the road, intersections are places where streets meet each other. Traffic might go in three or more directions, depending on how many roads intersect. Intersections can have multiple lanes going in each direction or they can be quite narrow, with just enough room for vehicles to get by each other safely. 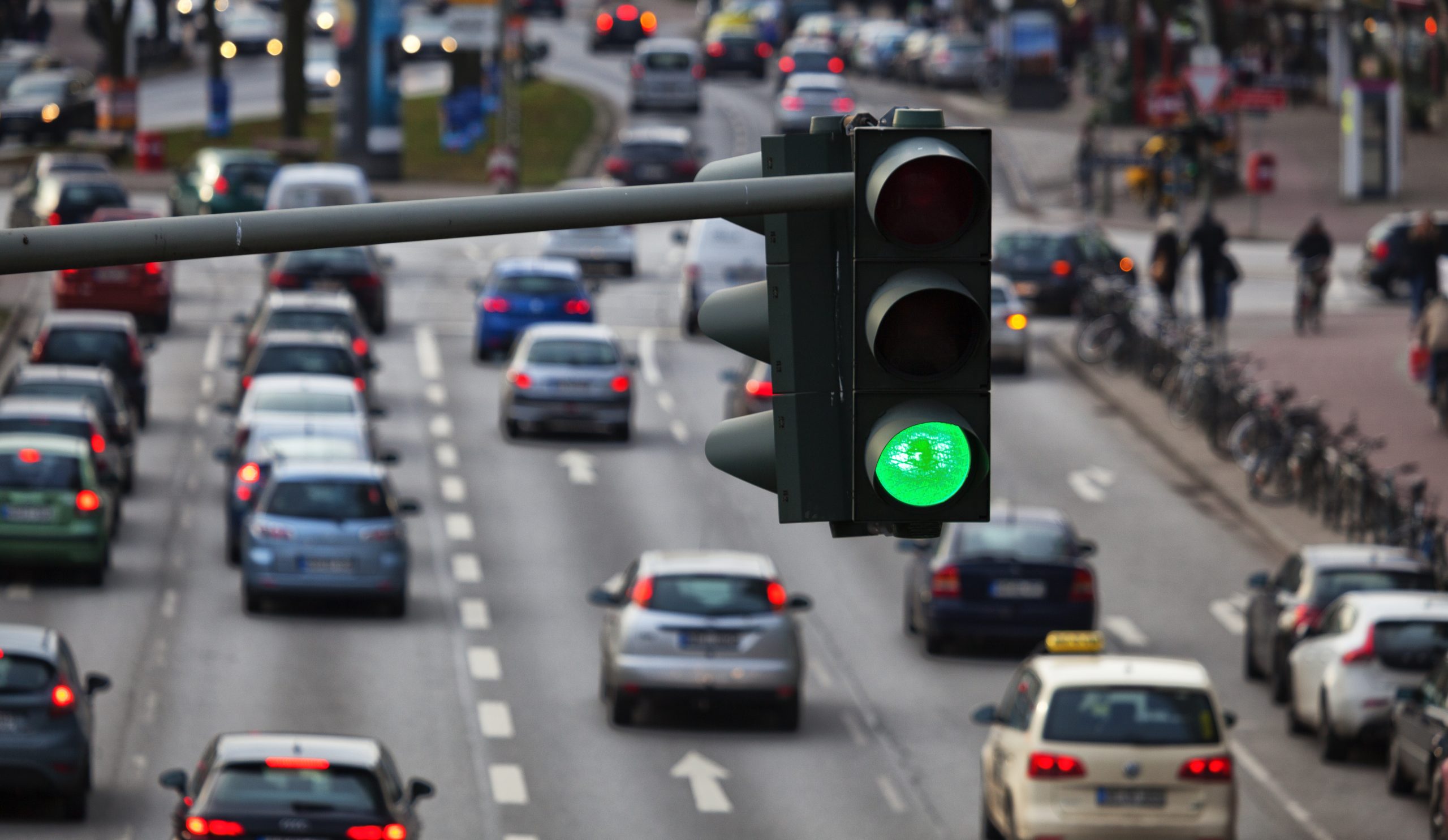 Controlled intersections can be quite simple to deal with. When a traffic light turns red, the drivers facing it should come to a complete stop. Where it is allowed and when it is safe, drivers can turn to the right after stopping. The same procedure applies to stop signs.

A yield sign at a controlled intersection is somewhat different. Here, drivers should slow down and check for traffic and pedestrians. When it is safe, the driver can continue on the road.

The basic procedure for dealing with a controlled intersection is fairly simple, but sometimes problems can make it more difficult. In heavy traffic, for example, vehicles can be backed up for many blocks. If the road is too congested for a vehicle to clear the intersection, the driver should wait for enough space on the other side before attempting to cross the intersection.

Even stopping at a traffic light can be complicated, especially in icy conditions. If the light turns amber just as drivers are approaching the intersection, it can be difficult to know whether to stop or to continue on and risk going through a red light.

As the Ontario.ca website notes, drivers should prepare to stop if the light has been green for a long period of time. However, it may sometimes be impossible for drivers to stop safely, such as in heavy traffic or icy conditions. Sometimes, another vehicle may be following too closely. In that case, drivers should continue through the intersection, taking care to watch for vehicles coming from the other directions.

Uncontrolled intersections are normally in areas with little traffic. These places have no stop signs, yield signs, or traffic lights. Although these intersections can be difficult to deal with, drivers can learn to handle the challenges. 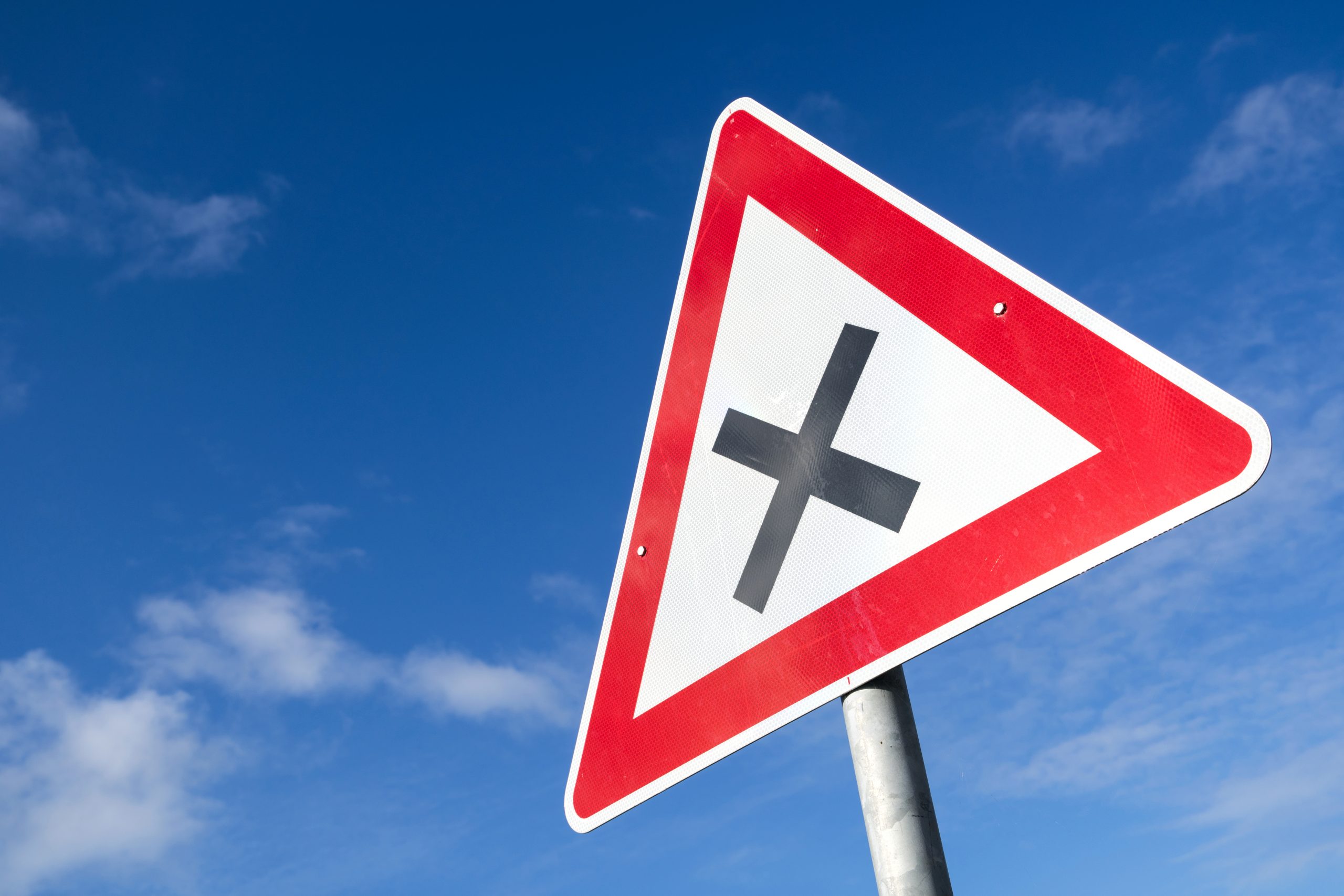 The Driving.ca website notes that the right-of-way is about keeping two vehicles out of the same space. Deferring to other drivers is an important part of the process to help keep traffic moving smoothly, but drivers also need to be able to take their turn when necessary. Otherwise, other road users may become confused, and traffic could stop entirely while the drivers try to determine who should go first.

Roundabouts or traffic circles present another type of challenge, especially for drivers who are unused to these traffic control structures. The Driving.ca website recommends treating traffic circles like one-way streets. Drivers attempting to enter the circle should yield to vehicles that are already in it, and drivers should signal their intentions whenever they want to move from one lane to another or to leave the roundabout.

Being careful while turning is especially important as this move is often the cause of accidents. The Ontario Road Safety Annual Report for 2019 lists turning movements as causing 54 fatalities and 7600 personal injuries, which can include anything from minor scrapes and bruises to broken bones and even more serious injuries.

Although drivers cannot be responsible for the actions of others, they can take the time to be as careful as possible, especially at potentially dangerous spots like intersections. Pedestrians and cyclists are particularly vulnerable, but others can also be harmed.

When nearing the spot where they want to leave the traffic circle, drivers should signal and get into the outer lane of the circle. When it is safe, they can turn onto the street where they wish to go.

Although drivers who are already in the circle have the right-of-way, they should still be aware of the possible dangers. As with other types of intersections, the primary concern is safety, and drivers may be forced to yield the right of way to avoid an accident.

Still, the rules of the road provide predictability in situations that can potentially be dangerous. Knowing how to deal with both controlled and uncontrolled intersections can help drivers develop this important quality and help to make the road safer for everyone.