Since the pandemic began in early 2020, many people have become accustomed to relatively quiet roads. Restrictions and closures led to reduced traffic in many areas, making it easier for drivers to get to their destinations quickly. However, as cities and towns open up again, drivers will need to remind themselves of the techniques for driving in heavy traffic. Driving in these conditions can be challenging, but learning a few basic skills can help.

The decrease in traffic due to the pandemic has been more obvious in some areas than in others. Border crossings, for example, have been greatly reduced. As Paul Morden notes in his January 19, 2021 article in the Owen Sound Times, commercial trucks crossing the border between Ontario and the United States decreased in April and May but soon returned to their normal levels. Other traffic, however, decreased 44% in 2020. 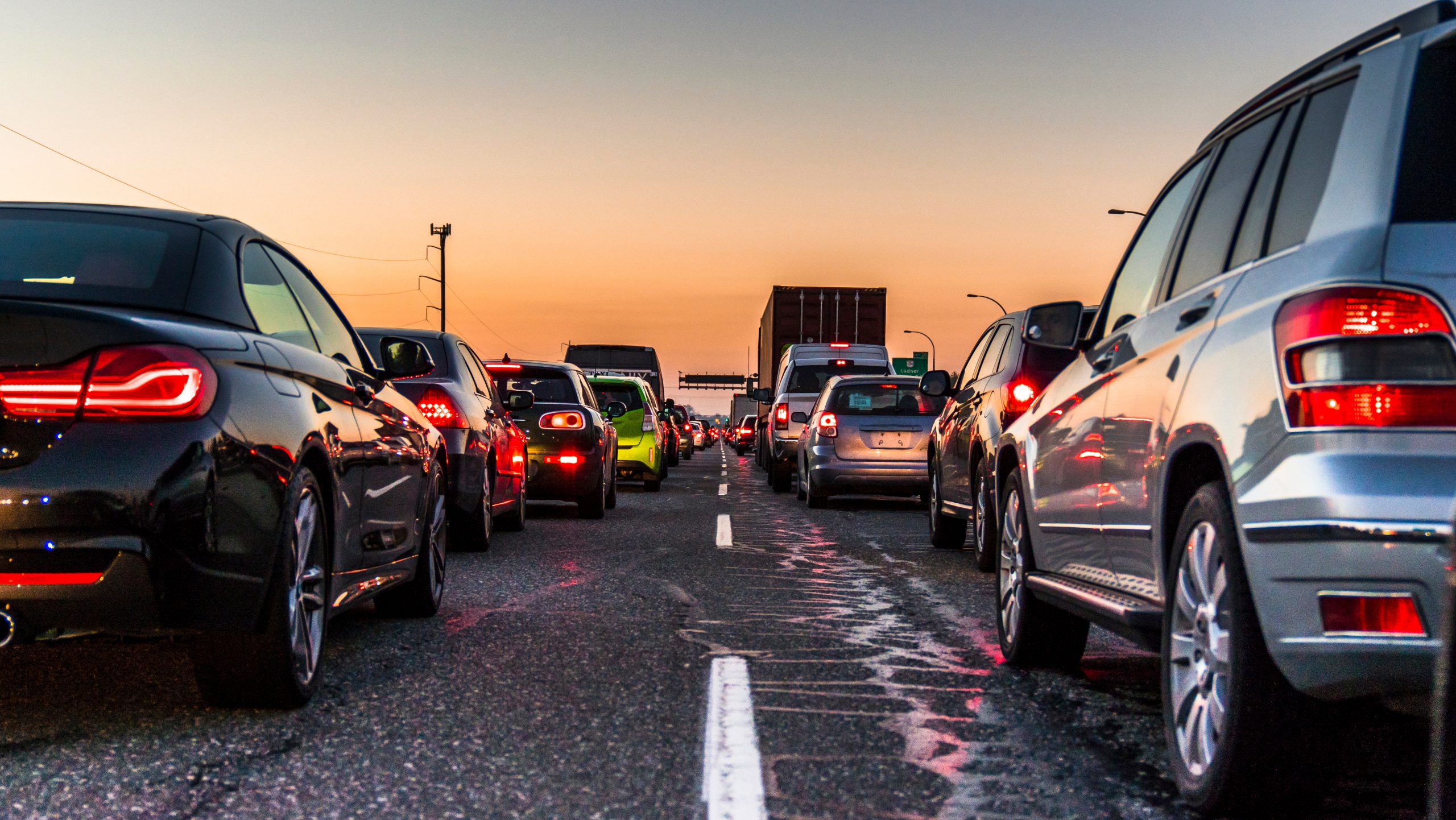 Traffic in cities also decreased in 2020 due to the pandemic. According to Elizabeth Payne’s October 2020 article in the Ottawa Citizen, traffic volume in Ottawa dropped by 50% at the beginning of the spring lockdown, while some cities also experienced a drop in the number of crashes during that time. As communities open up, however, the traffic will increase again and make it necessary to deal with large numbers of vehicles on the road.

Techniques for Driving in Heavy Traffic

Driving in heavy traffic requires care and attention. As the Top Driver blog notes, the first step is to slow down. When many vehicles are on the road, it is important not to drive too quickly for the conditions. Drivers have different levels of skill and attention, and their actions can be unpredictable. If heavy traffic is combined with rain, snow or other troublesome weather conditions, drivers need to stay at a low speed to be able to stop in case of an emergency.

A second tactic for safe driving in heavy traffic is to avoid weaving in and out of traffic. If drivers are late for work or other appointments, they may be tempted to change lanes frequently to find the fastest route. However, acting this kind of unpredictable behavior increases the likelihood of an accident, especially if the drivers of other vehicles do the same thing.

Although it is generally best to choose a lane and stay in it whenever possible, changing lanes at some point is likely to be necessary. For example, a driver might need to get from one side of the road to the other to make a turn. When a lane change or turn is necessary, drivers should be sure to use the vehicle’s turn signal lights to indicate their intentions.

Signals are necessary even on nearly empty roads, they become even more crucial on busy streets where an unexpected stop could cause a major collision. In February 2019, for example, over twenty cars and trucks were involved in a pileup on Highway 401 near Milton, Ontario, as CTV News reports. While multi-vehicle pileups are often caused by a number of factors combining to create a dangerous situation, using the proper signals is important when every vehicle’s movements affect several others.

Good planning is important for any trip, but especially when traffic is likely to be heavy. If possible, drivers should avoid travelling at the busiest time of the day so that they can find an opportunity to find a better time or an alternate route that might be less busy. 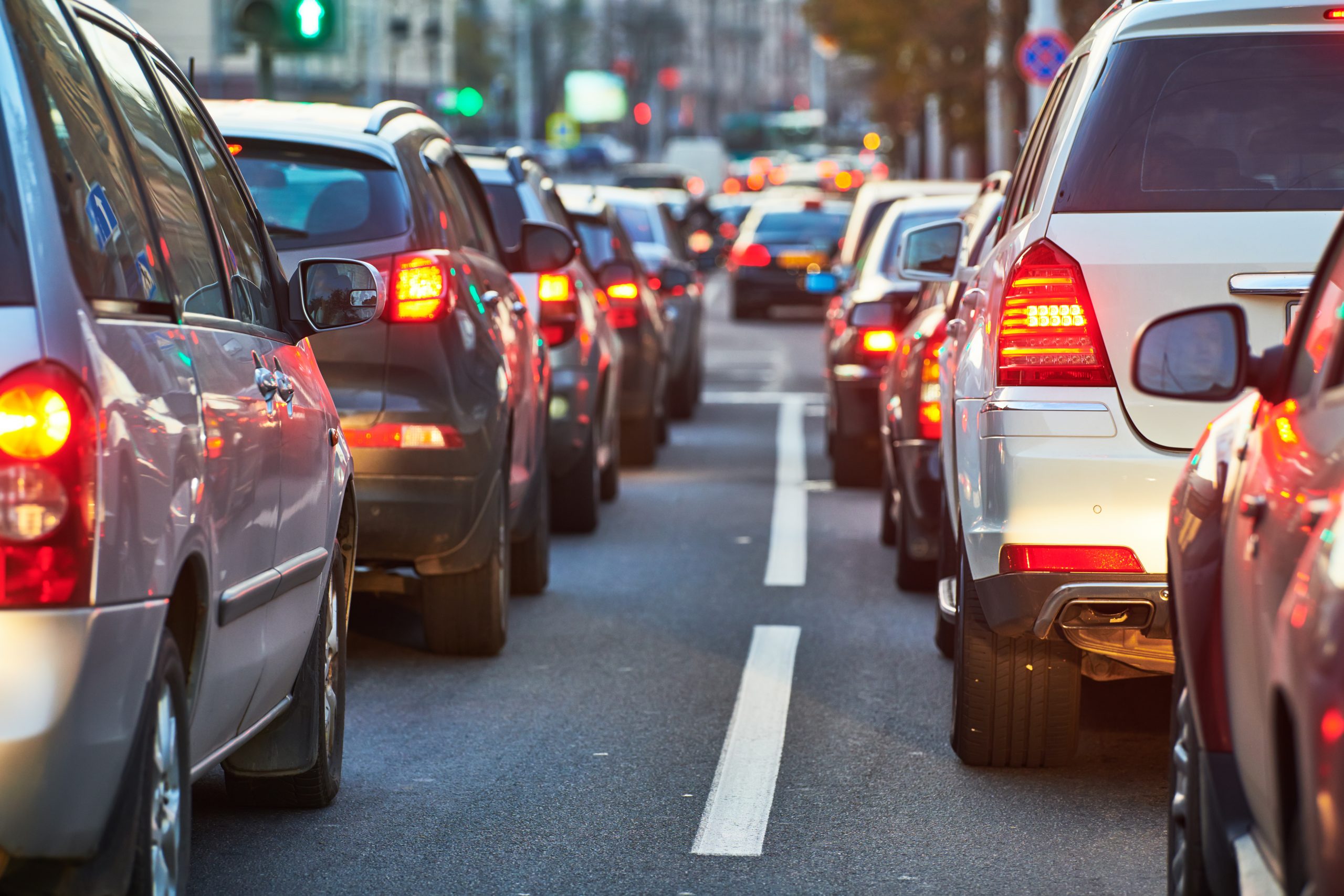 Distractions are hazardous at any time, but especially in heavy traffic when a moment’s inattention could cause an accident. Drivers should always be sure to turn off any cell phones or other devices that may distract them so that they can concentrate on the road. Even changing the radio station or turning up the heat can be a problem, and drivers should avoid anything that takes their attention away from the task of driving.

Pulling over to the side of the road to make an important call or even to adjust various vehicle controls may be an option, but drivers should avoid doing that except in an emergency. Moving over to the side involves changing lanes, possibly several times, which requires drivers to take extra care as they move over. Besides that, other drivers may misunderstand the reasons for pulling over and possibly cause accidents themselves as they pull over to help.

Driving proactively and keeping a sufficient distance from other vehicles can help keep road users safe in heavy traffic. In these situations, it is best to stay at least three seconds behind the vehicle in front. To determine the number of seconds, the driver should choose a stationary object at the side of the road, such as a light pole or a mailbox. When the first vehicle passes that point, the driver begins counting the seconds until his or her vehicle reaches the same point. If that takes less than the required time, the driver should slow down slightly.

If traffic is very heavy and is moving slowly enough, it may be unnecessary and even impossible to stay two or three seconds behind the next vehicle, as another might move in to fill the gap at the smallest chance. However, proactive drivers should be ready for that possibility and watch for vehicles that seem to be moving towards the gap. Easing up on the accelerator and allowing the other driver into the space is often a good idea, as long as that action does not cause other vehicles to collide.

Staying calm is important in heavy traffic, where it can be easy to become agitated. Having soothing music or an audiobook playing can help drivers deal with these situations unless they become too distracting for the driver. If the delays were caused by an accident or other emergency, these can also become distractions. However, maintaining a focus on driving can help.

Driving in heavy traffic can be tiring, both physically and mentally, and drivers might sometimes need to pull over to the side of the road to regain their composure. With the right preparation and techniques, however, vehicle operators can learn to handle the challenges of these difficult road conditions.