Good driving techniques would seem to be related to people’s skills and their ability to follow directions. Sometimes, however, a problem can be related to their age and the rules in place when they first learned to drive, as is the case with how drivers hold the steering wheel. Anyone who learned to drive 3 or more decades ago might need to change their techniques to operate a vehicle safely.

People who took driving lessons before about 1990 likely remembers the ten and two position. The idea was to picture the steering wheel as a clock and to place the left hand at what would be the ten o’clock position and the right hand at the two o’clock position. This position gave drivers good control over the steering process, especially on turning corners, and experts recommended it to student drivers as the best hand position on the road.

As the Popular Mechanics website notes, the recommendation for the ten and two hand positions came at a time before airbags were common. Now, the best advice is to place the hands at the 9 o’clock and 3 o’clock position with the thumbs resting on the rim of the wheel rather than being curled around it. Otherwise, the airbag could cause serious injuries in the event of an accident. When it deploys, it could send the hands flying back into the face, possibly breaking the fingers or injuring the head.

Although airbags are designed to save lives, they come with their own dangers, as Darcy Wintonyk and Lynda Steele explain in a 2012 CTV article. Airbags deploy at 320 kilometres per hour and fully inflate in a fraction of a second. This amount of time is not enough for people to get their hands and arms out of danger. The force of the airbag can propel the hands back towards the face and head, possibly causing much worse injuries than would otherwise result.

The idea behind the 9 and 3 hand positions is not to attempt to prevent all injuries, as many other factors affect the likelihood of sustaining bruises or broken bones. For example, the Canadian Centre for Occupational Health and Safety recommends leaving approximately twenty-five to thirty centimetres between the driver’s chest and the steering wheel for maximum safety in case of an accident. If a driver sits closer than that, it could lead to injuries in an accident.

Airbags are designed to protect the head by cushioning it from the impact of a collision. Anything that gets in the way, such as an arm, can make the airbag ineffective. When drivers use the 10 and 2 position, their arms can block the airbag. The 9 and 3 position keeps the arms far enough from the steering wheel to protect them in case of an accident. 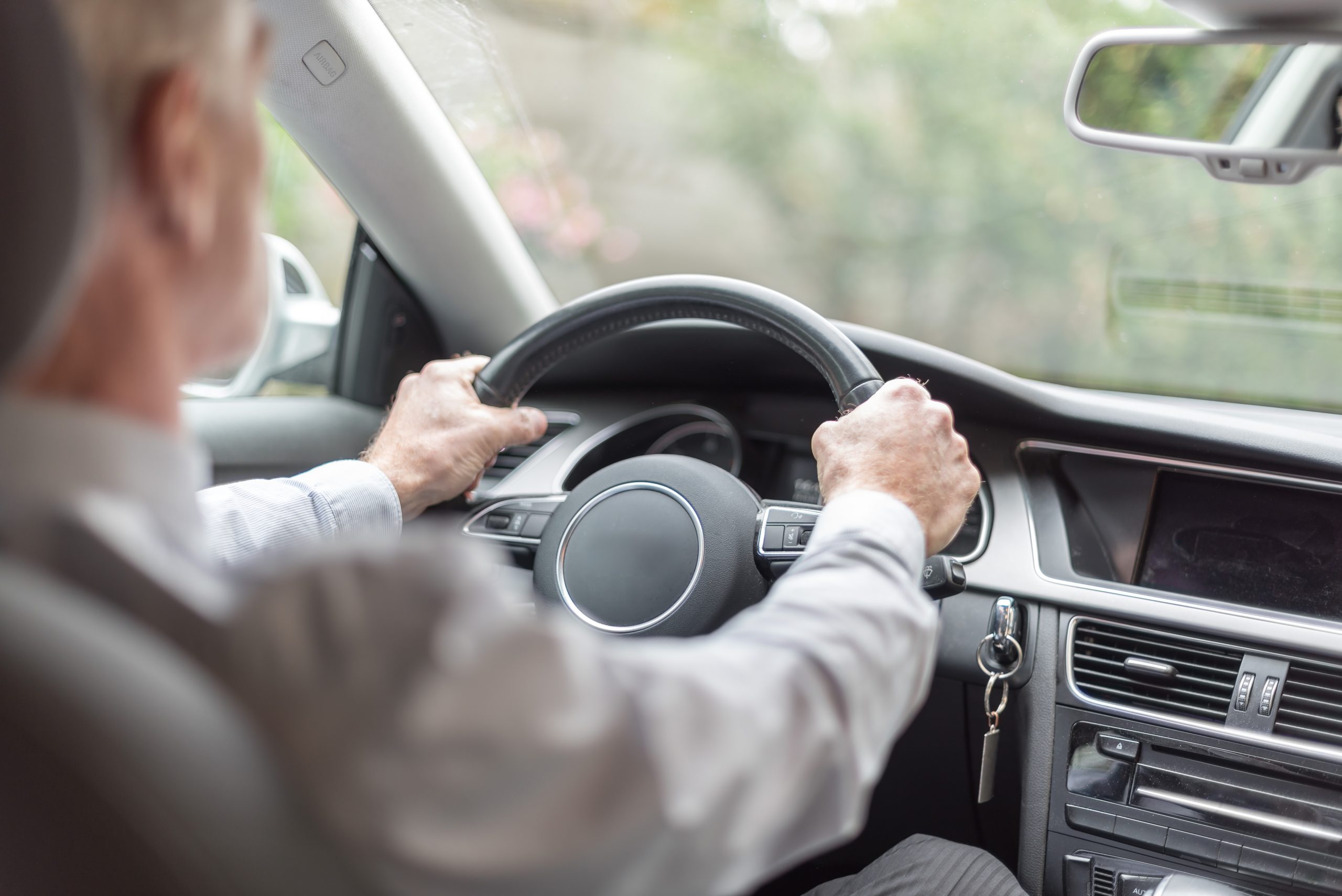 Transport Canada’s website notes that traffic accidents in 2017 caused 112,479 personal injuries and 9960 serious injuries in which the victim was admitted to the hospital for treatment or observation. In both of these cases, the numbers were lower than they had been in previous years. Still, good driving techniques can reduce injury statistics even further. By keeping their arms out of the way of the airbag, drivers can help prevent injuries from a deploying airbag. Although a broken arm is less serious than many other injuries, drivers should still be aware of what could happen if their arms are in the way of a deploying airbag.

A further advantage of the 9 and 3 position is reduced strain on the muscles. One of the dangers of driving for long periods of time is muscle fatigue from holding the arms in an unnatural position for long periods of time. At the 10 and 2 position, the arms can become tired very quickly from being raised to that extent, and drivers may be tempted to rest their muscles by planning their hands at the bottom of the wheel, where they have little control over steering around corners.

Muscle strain can still happen at the 9 and 3 position, but it is less likely since the arms are closer to the resting position at that point. A further benefit could also be a reduction in the effects of vibrations on the arms and hands. These types of injuries apply mainly to the use of tools such as jackhammers and chainsaws, as the Ontario.ca website explains. Still, long hours of driving can have similar effects, causing the fingers to become numb and the arms to ache. The 9 and 3 position allows drivers to hold onto the steering wheel with a lighter grip than at the 10 and 2 position, thus reducing the effect of vibrations on their hands and arms. 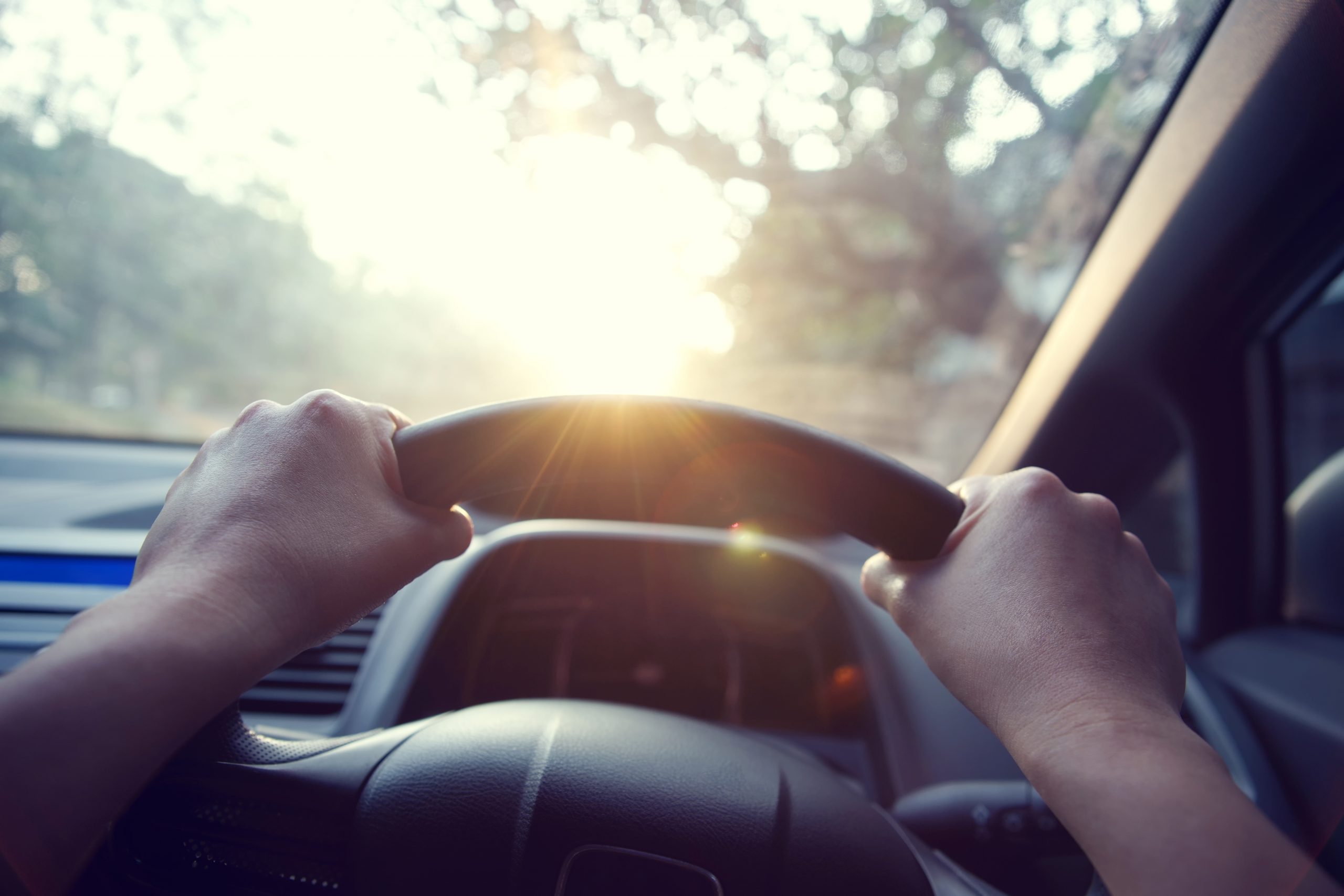 According to a 2013 Business Insider article by Alex Davies, the recommendation for the 10 and 2 hand position came at a time before power steering, when drivers needed additional force to be able to turn the wheel. Holding the steering wheel near the top allowed them space to pull down before switching hands to complete the turn. However, power steering has largely made that benefit obsolete, while the advent of airbags has made those guidelines dangerous. When the hands are further down on the wheel, they are likely to be knocked out of the way instead of hitting the face in an accident.

Although the Ontario Ministry of Transportation handbook does not discuss the reasons for its choice, the recommendation on the website also is to use the 9 and 3 positions. There, drivers should be able to do most of their steering and other basic driving operations without lifting their hands off the wheel, with the exception of changing gears in a manual transmission vehicle.

Habits can be hard to break, and people who learned how to drive in the 10 and 2 era might find it difficult to change. However, all drivers, whether they have years of experience or are still learning, should learn to use the 9 and 3 hand position on the steering wheel for improved safety and comfort.