Driving has many dangers that people can see, but one is almost invisible. The process of running a vehicle involves burning fuel and producing dangerous gases that could harm the occupants of the car, truck, or van. The exhaust system is designed to deal with this problem, moving dangerous gases out of the vehicle and away from the driver and passengers, helping to keep them safe.

In traditional internal combustion engines, the series of small explosions that keeps the engines running also produce gases such as carbon monoxide, carbon dioxide, and nitrogen oxide, all of which can be harmful or even deadly to people or animals. In the enclosed spaces of a vehicle’s compartment, the occupants could become ill or die from breathing in these fumes. However, the exhaust system is designed to remove these pollutants from the vehicles and to expel them into the outside air.

Exhaust systems can take care of the immediate threat of people being poisoned inside a vehicle but have not always dealt with the effects of air and noise pollution outside the vehicle. However, as the Carfax website explains, modern exhaust systems are designed to alleviate problems such as these. They are made up of several parts, each of which has a role in helping to reduce the effects of pollution on the environment.

Parts of an Exhaust System

The first part is the exhaust manifold, or in some vehicles, the headers. Exhaust manifolds connect with the cylinders through a series of tubes and merge together in the manifold, with a single tube on the other side to carry the air. In some vehicles, the tubes are arranged in the opposite direction. Headers have a similar function but work with longer tubes to suit faster vehicles like sports cars. The basic function of the manifolds or headers is to collect exhaust gases into one place. 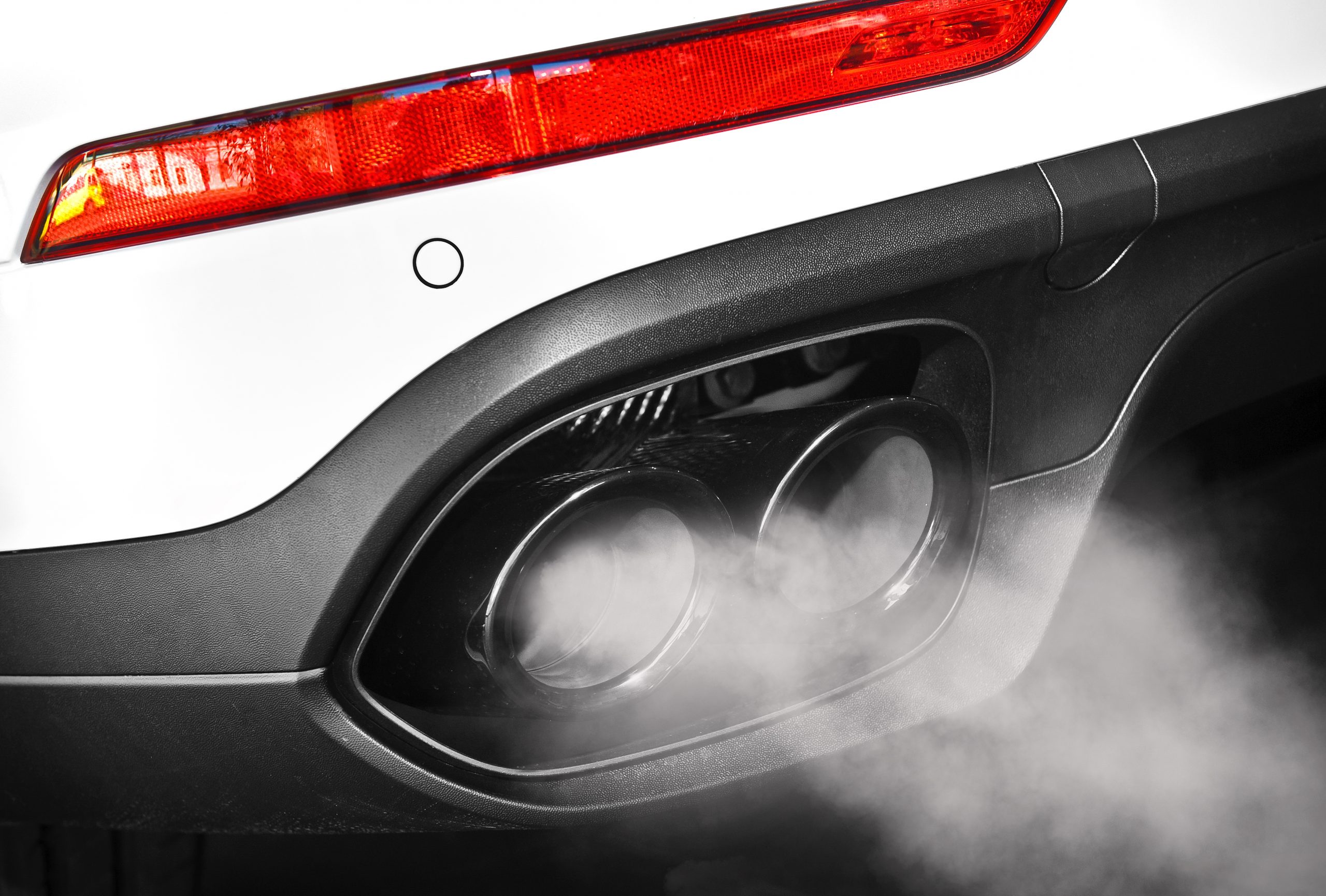 Another part of the exhaust system helps to measure the vehicle’s efficiency and make adjustments if necessary. The oxygen sensor measures the amount of oxygen left over in the waste gases. Since the process of igniting and burning fuel should theoretically use up all of the oxygen, this sensor can detect inefficiencies and adjust the amount of fuel being pumped through the system and potentially reduce the amount of exhaust that the vehicle emits.

The catalytic converter is another part of the exhaust system helping to clean up the fumes before they escape into the atmosphere. It is designed to remove the nitrogen oxides, carbon monoxide, and hydrocarbons from the mixture of gases before breaking the nitrogen oxide apart into the two elements and then using the oxygen to burn off the other gases. When it works properly, it reduces emissions by burning off some of the excess gases that the combustion process produces.

While this process helps to deal with some, although not all, of the air pollution coming from the vehicle, the muffler helps to reduce the noise coming from the vehicle. Most people know how loud a vehicle with a broken or missing muffler can be. The process of running the vehicle produces sound waves that can be annoying and even cause health issues such as heart problems, besides the hearing loss that can accompany exposure to loud noises.

Properly functioning mufflers can help deal with some of the sound waves travelling through the exhaust system. Sound-absorbing materials help to reduce the sound, which then travels through a series of tubes and chambers in the muffler before being carried out into the air. Although vehicles with internal combustion engines will never be as quiet as electric vehicles, mufflers help to make the noise more bearable for the people nearby.

Although many people prefer to have quiet vehicles around them, others like the noise. Exhaust resonators cancel some of the sound coming from the vehicles but leave some of the frequencies as loud as before, allowing drivers to have noisy vehicles without the sounds that people consider the most annoying. Exhaust tips at the end of the system can also change the sound, as well as improving the appearance of the exhaust pipes. Some vehicles have two or more exhaust tips, but others have only one. Often, exhaust tips are straight pipes coming out of the vehicle.

In most vehicles, one exhaust system is enough, but sometimes drivers want more.  Dual exhaust systems allow more power to be used for additional speed and other functions instead of spending energy on removing exhaust. Some vehicles have two or more exhaust tips but still a single system. However, dual exhaust systems are entirely separate from each other in the vehicle, helping to divide the work of clearing exhaust from the system.

Troubles with the Exhaust System

Like any other part of a vehicle, the exhaust system can wear out or experience other problems. As the Auto Education website points out, corrosion is a frequent issue, especially in regions with frequent snow or rain. The system itself also produces moisture through the combustion process. This water can cause the system to rust, especially on short trips. The oxygen sensor can also fail, affecting gas mileage. Often, the dashboard light representing an engine will come on to indicate a problem with the oxygen sensor. 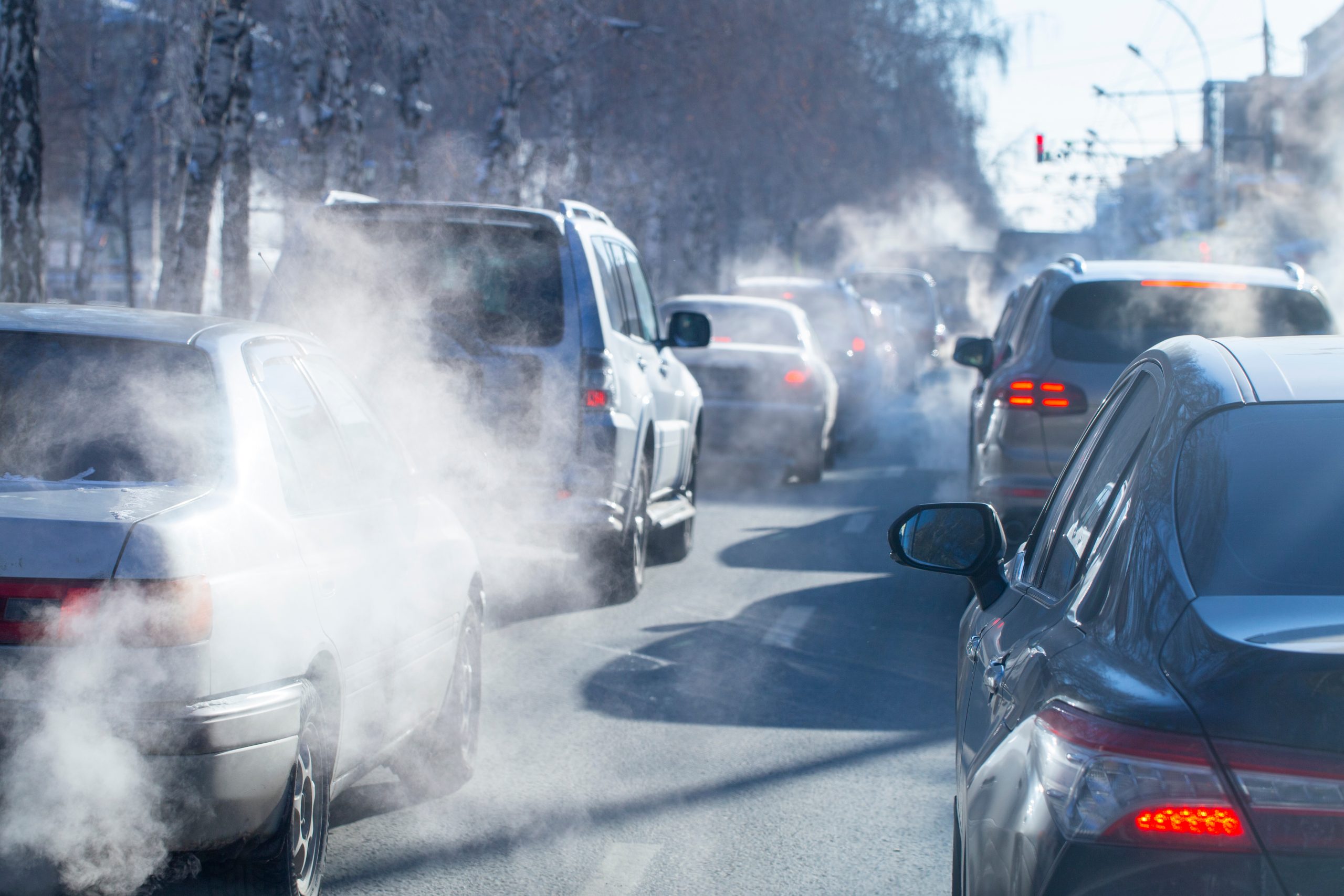 Increased noise is the best indication of muffler trouble. Mufflers can be worn out with use, or they can be damaged on the road by rocks or other objects. Normally, the mufflers have to be replaced when this happens. A loss of power, heat coming from the floor, a converter that is glowing red, or a smell of sulfur could indicate a clogged catalytic converter. If that happens, the part will need to be repaired or replaced.

Drivers who fail to deal with excessive noise or fumes from the exhaust system can receive large fines in Ontario, as the OTD Legal website notes. Making a habit of taking good care of the vehicle can help vehicle owners avoid these kinds of fines while keeping their surroundings as clean and quiet as possible. If you do this, the people around you will be appreciate it.