When drivers get behind the wheel, they might expect to encounter challenges with watching for pedestrians, dealing with the weather, or contending with traffic. They might not realize that the type of road surface can be equally important for staying safe on the road. Whether it is asphalt, gravel, or dirt, the material that covers the road should influence the way people drive.

Asphalt is the most common road surface material in cities and larger towns. These surfaces are very solid and easy to drive on, but they can deteriorate very quickly. Cracks, ruts, and potholes are common, especially after the winter snow has melted. Sometimes, the decay of the roads is even more serious, such as when sinkholes suddenly appear. For example, Global News reported in August 2020 about a break in a water pipe in Calgary, Alberta that caused the road to wear away and a two-metre-deep sinkhole to develop in the street. However, even regular road decay can be problematic.

If you walk, cycle, or drive on Canadian roads in summer, you will likely encounter construction projects on many different streets. Especially with the effects of sand and salt in winter, roads made of asphalt need frequent repairs. With the cold weather in winter and the slush of spring making construction projects very difficult, many of the repairs take place in summer or early fall, often meaning that almost every street can have some kind of repair project going on.

Construction sites on roads can be hazardous for both the workers and drivers. Passing vehicles can collide with workers or the wheels of a vehicle can slide over the edge of a section of road being dug out for new pavement. The large machines used for construction can also back into another vehicle, cyclist, or pedestrian, causing serious injury or even death.

Finding a better material for the surface of streets and roads could help. The Canadian Consulting Engineer website discusses some of the new technologies that are being developed to improve the durability of paving material. One possible solution is to mix other substances like rubber in with the asphalt to make it more durable. This could help make driving on these roads much easier.

Changing the method of road construction could also help. According to a 2018 Radio Canada International article by Marc Montgomery, a Carleton University professor named Abd El Halim claims that the materials are not the problem as much as the methods of building roads. He has devised a new technique for compacting recently poured asphalt which could help roads last much longer than they do now.

Even though they need frequent repair, asphalt roads are popular in Canada and elsewhere in the world because they are easy for drivers. Tires generally have good traction on these surfaces, and the roads take time to wear away. In contrast, a gravel road can become rutted and difficult to use after just one heavy rainfall.

Advantages and Disadvantages of Gravel Roads

Gravel roads are common in rural areas, especially around farms or near lakes and cottages. Although gravel roads have many advantages, including the cost of maintenance, they also have some disadvantages. The Manitoba Public Insurance Corporation’s website notes that 16.5% of fatal accidents occur on gravel roads, and rollovers are more likely to occur on gravel than on paved roads.

Traction is a problem on gravel roads, and it is important for drivers to slow down and not to skid on these surfaces. Stopping on gravel is more difficult than stopping on pavement, and drivers need to allow more time for that. Another problem is dust. The movement of tires on gravel roads can produce a great deal of dust behind a vehicle, which can make it hard for any other drivers to see where they are going. Leaving extra space between vehicles will allow the dust to settle slightly for the next vehicle, making it easier to see.

Gravel roads also have other dangers which call for drivers to use extra caution. For example, the wheels of vehicles often kick up gravel which can hit other vehicles nearby. If you find yourself driving on a gravel road, especially behind a large vehicle like a truck or bus, you might end up with a cracked windshield or broken light. Even a few stones hitting the car can be very distracting. In addition, gravel roads tend to slope towards the sides, where drivers can easily slide if they are not careful. 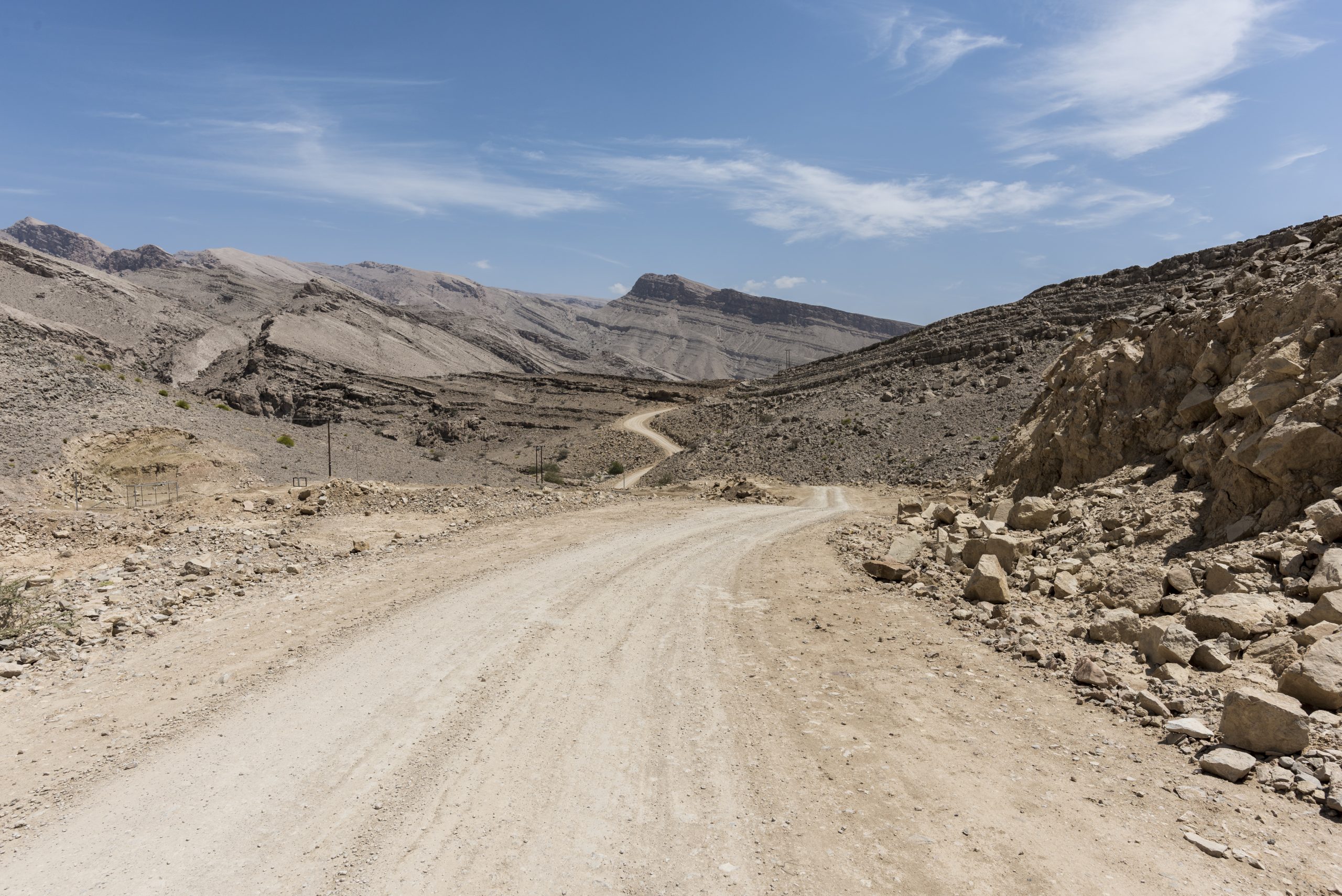 Rain, winter weather, and frequent use can turn gravel roads into dangerous and uncomfortable places, with ruts that can cause drivers to lose control and slippery sections that can make vehicles slide. Dirt roads have many of the same challenges as gravel, and it can be very difficult for drivers to control their vehicles in these areas. Dirt roads can be especially hard to drive on in the rain, when the water turns the dirt into mud where vehicles can get stuck. Generally, roads like these are intended for local access, possibly leading from the highway to a small farm or a beach.

Techniques for winter driving can be useful on unpaved roads. Generally, people should drive more slowly and keep a greater distance between vehicles than on paved surfaces. Unpaved roads have no lane markings and can be quite narrow, and so drivers need to watch carefully for oncoming traffic if they find themselves avoiding the sides and instead driving in the middle of the road.

Just as with snow and ice, drivers on unpaved roads should accelerate slowly to avoid spinning the wheels and getting stuck. Taking along mats, kitty litter, or cardboard to provide traction is also a good idea. Since unpaved roads tent to be quite bumpy, drivers should secure everything they can in the vehicle before starting. Keeping hot beverages like tea or coffee in sealed containers is especially important as spilling these drinks could cause serious burns.

Drivers have many things to think about, including the type of road surface. If you know the challenges and benefits of each one, you can make your trips a bit easier.