Some roads are easy to drive on, but others are more challenging. Gravel roads, for example, can be hazardous for drivers who are used to being on hard surfaces like asphalt. Driving on gravel takes a special set of skills. Although it might be rare for some drivers to encounter gravel roads, everyone should know what to do when they come across these surfaces.

Where Gravel Roads are Found

In most parts of Canada, the streets in cities and larger towns tend to be paved. If drivers encounter gravel roads in these areas, it could be that the road is under construction or that it leads outside the urban area to a less populated part of the country. In some cases, however, roads may be repaved with gravel when they need repair due to cost considerations.

For example, in 2010, people in the counties of Leeds and Grenville near Ottawa learned that their roads would no longer be paved. Instead, they would instead be covered with gravel to cut costs on little-used roads, as a May 2010 CBC article explains.

While some of these roads in Ontario are reverting to gravel after being paved for many years, others have been that way all along. Gravel roads are even the subject of a travel club in Canada, the Gravel Travel group that seeks to explore some of the less-traveled routes in the country. 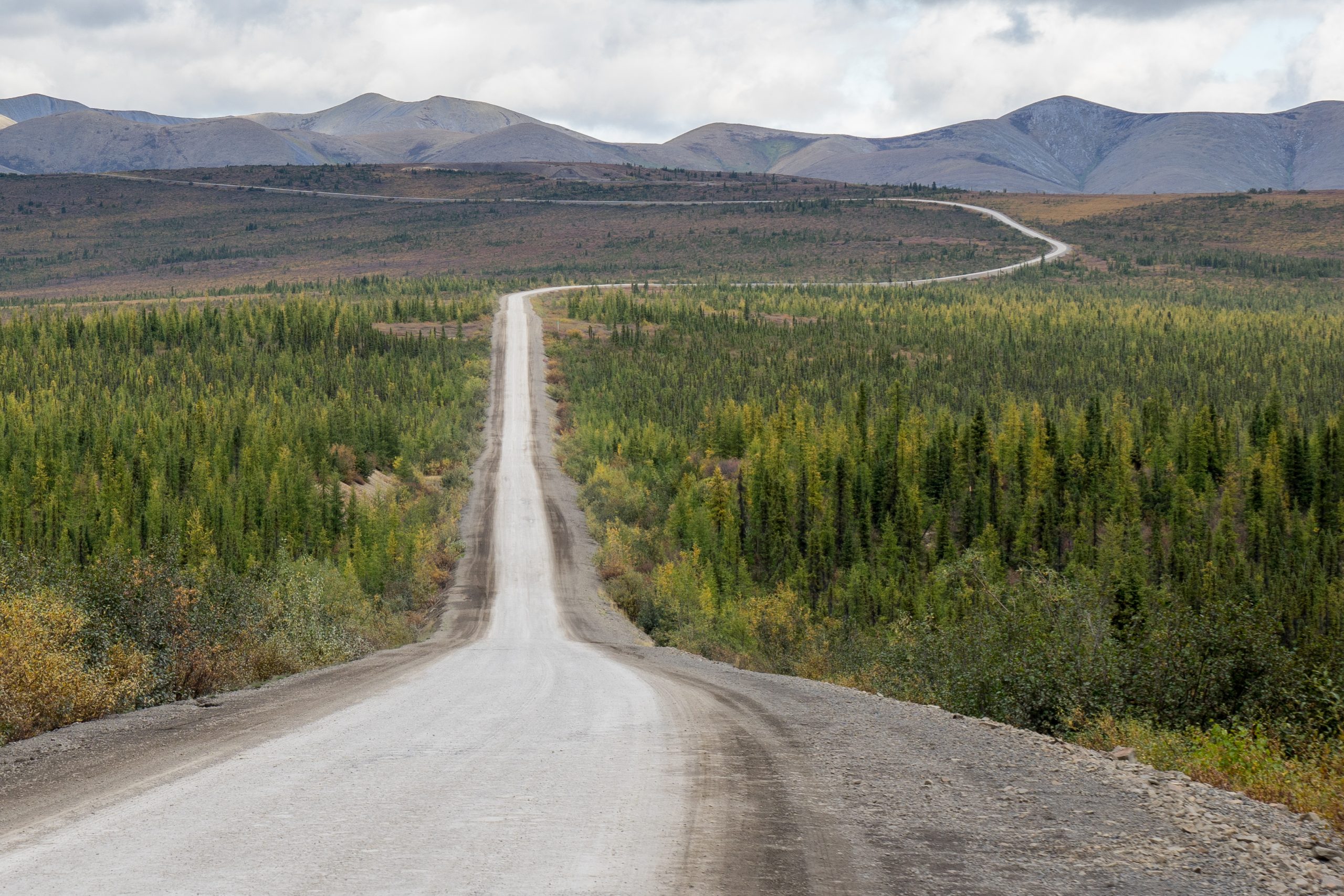 Generally, gravel is not used on major routes. One exception is the Dempster Highway, running 734 kilometres through the Yukon and Northwest Territories. In the north and many other remote areas of Canada, travelling by gravel road is the only reasonable means of land access.

Gravel roads connect many rural communities, farms and homes, as Amelia Thatcher notes in her May 2018 RCMP Gazette article. If people want to visit many of these places, they may have no other choice except to drive on gravel roads.  Being prepared for driving on gravel roads can help drivers avoid some of the problems that can come from these types of surfaces.

As the News Wheel website explains, unpaved roads can easily develop dips, pits, holes, and uneven sections. In addition, traction decreases on the loose stones that make up the surface of these roads. Drivers should slow down on these streets both to keep control of their vehicles and to avoid having their tires kick up rocks that can chip the vehicle’s paint or crack windows. At a slower pace, drivers can also check the road ahead for uneven surfaces.

Besides slowing down, drivers should remember to increase their following distance from other vehicles to have enough room to stop if necessary. The reduced traction of a gravel surface means that drivers should leave extra space to be able to stop safely. In wet weather, the road surface could be even worse than otherwise, while in dry weather, vehicles kick up dust in their wake that can temporarily blind anyone coming behind them.

Turns are also an issue of concern for drivers on gravel road, just as they are elsewhere. As the Preliminary 2019 Ontario Road Safety Report notes, accidents related to turning were responsible for 7654 injuries or deaths that year, the third highest accident rate of any cause. While not all of these accidents were on gravel roads, drivers should be especially careful when turning as the reduced traction can make accidents more likely and potentially more serious than elsewhere.

How to Maintain Control on a Gravel Road

Some of the suggestions in Amelia Thatcher’s article can help drivers avoid troubles in going around corners or otherwise negotiating gravel roads in their vehicles. In addition to slowing down, drivers should avoid changing speed or direction quickly. Instead, they should steer gently and brake or accelerate slowly. That way, the driver is more likely to be able to maintain control of the vehicle.

Even the best drivers can occasionally lose control of heir vehicles, but they can follow certain guidelines to regain it. The first step is to release the accelerator and to steer in the direction that they wish to go before returning to the road and accelerating gently.

Following the tracks of other vehicles can also help keep the wheels on the most stable portion of the road. However, drivers should not rely too heavily on following others, especially if the other driver seems unsure of the way. On gravel roads, vehicles can easily become stuck if drivers blindly follow each other, and it is important to be aware of the surroundings.

Hazards on the Road

Other potential hazards make it important for drivers to be especially aware of their surroundings on gravel roads. Because these roads tend to be located in rural in farming areas, large equipment such as tractors and combines could also be travelling there, and drivers need to watch for these slow-moving vehicles. In addition, wild animals are more common in rural areas than in the cities and towns. If they suddenly dart out in front of a vehicle, it may be necessary for the driver to brake or swerve suddenly. 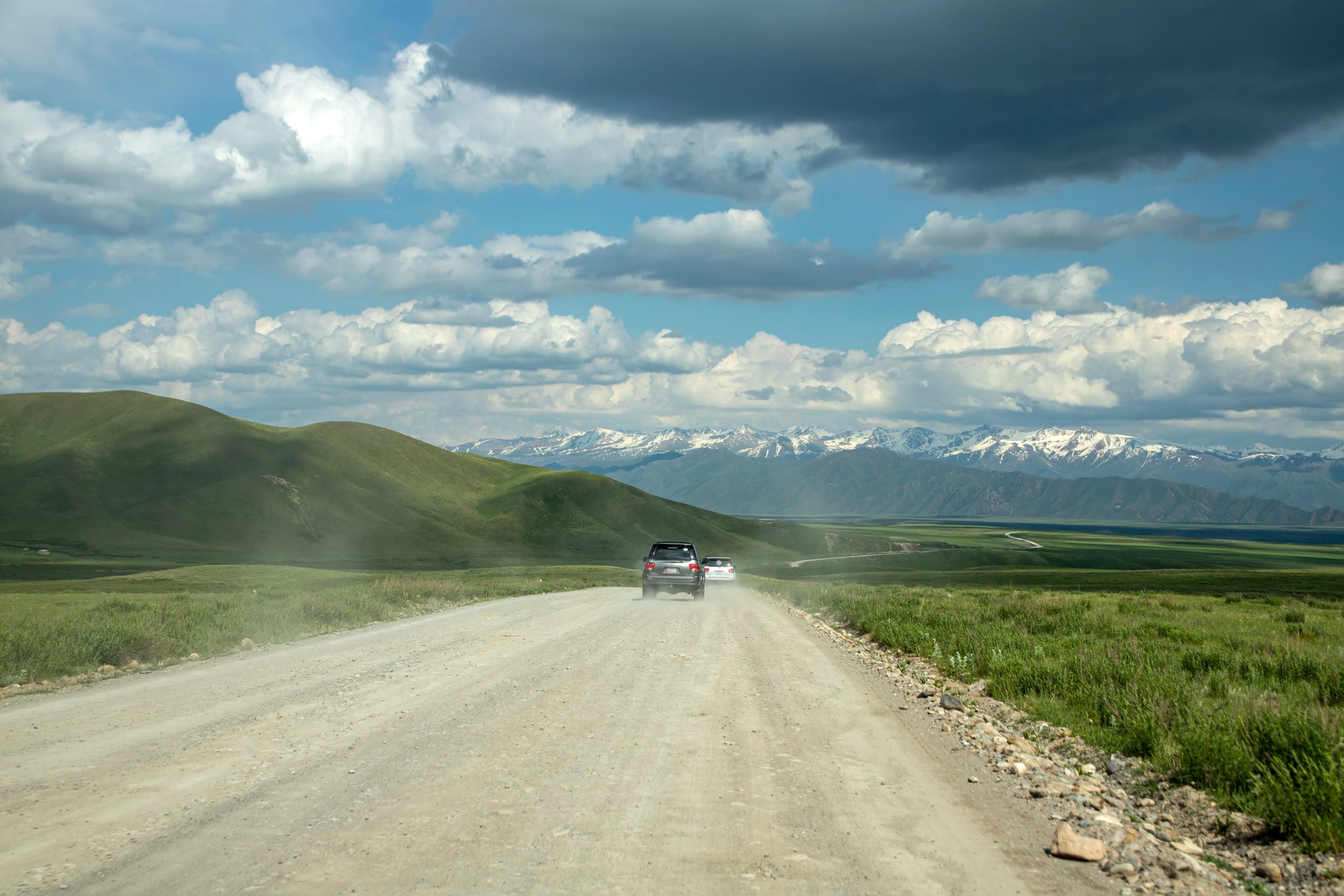 Avoiding the ditches is essential, but this sometimes causes another problem, where people drive along the middle of the road to avoid the edge. While this can work when no oncoming traffic is near, it brings the risk of a head-on collision if two drivers going in opposite directions have the same idea. As much as possible, drivers should stay on their own side and use the middle only when it is necessary.

Driving on gravel can be challenging, but it can also give people access to many interesting places. Learning the skills for navigating these roads is helpful for everyone.