No one wants to be stuck at the side of a deserted highway or to be late for an important meeting because of car trouble, especially for something as simple as running out of fuel. Every vehicle comes with a fuel gauge that can help drivers avoid situations like these. Although fuel gauges are imperfect, they can help drivers anticipate when they need to fill the tank, making it easier to plan their trips to service stations.

Many people have had the experience of being in a vehicle that has run out of fuel or come close to that point, or they know someone else who has had that experience. Often, people get into this situation because of an overconfident wish to test the limits of their vehicle, or through mere forgetfulness. At other times, the fuel gauge may be faulty, leading drivers to think that they still have sufficient fuel when the tank may be nearing the empty point. 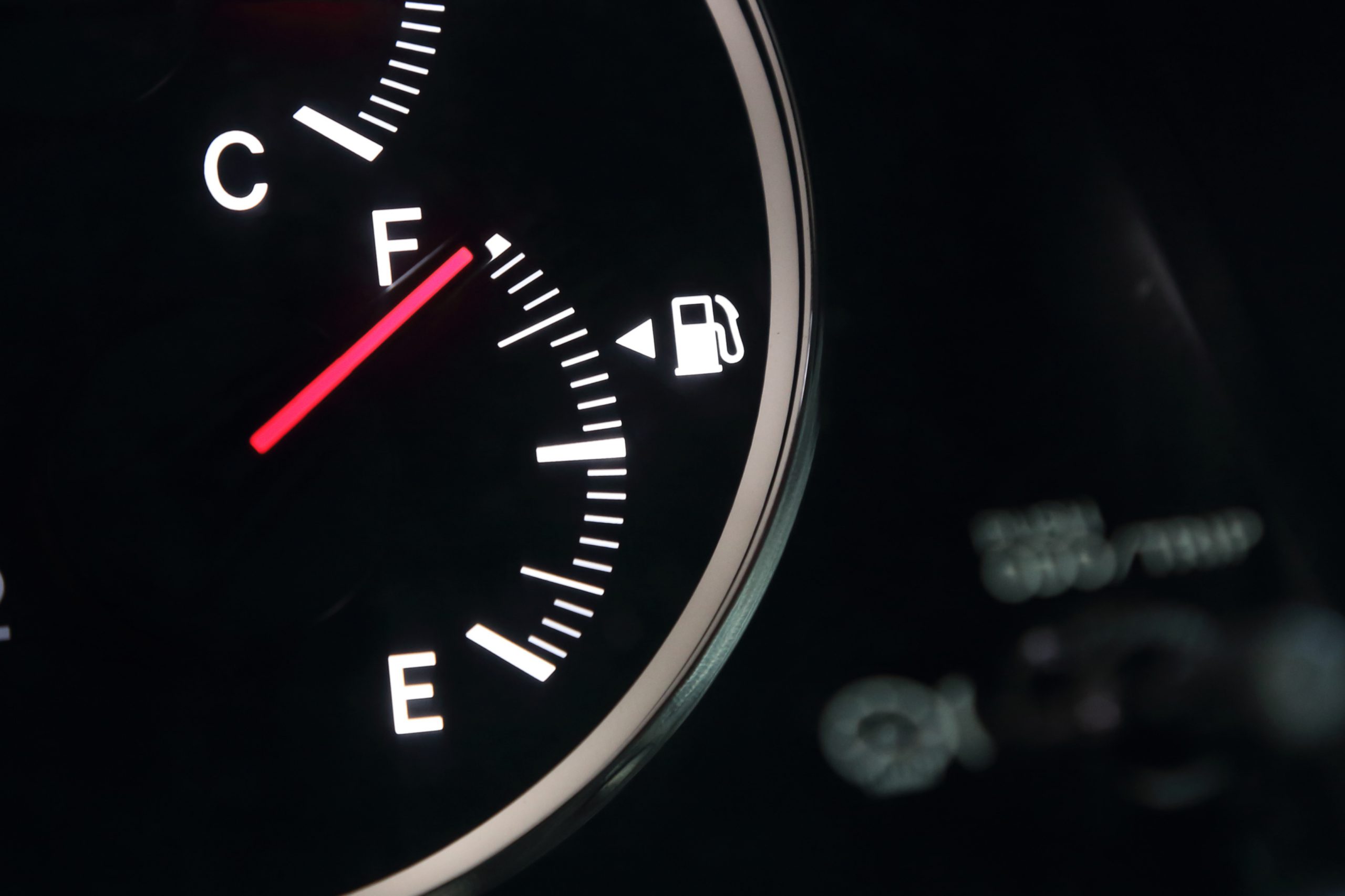 The Collins online dictionary defines a fuel gauge as an instrument in a vehicle that shows the level of fuel remaining. Normally, the fuel gauge is set in the dashboard near the speedometer and other dials. It may be arranged as an arc or a semicircle with “E” for “Empty” at one end and “F” for “Full” at the other. Other markings show the quarter, half, and three-quarter points. A red or white indicator points to the point on the gauge showing the level of fuel. Newer vehicles with electronic fuel gauges may have a digital readout or a gauge with a tower-like series of segments.

The first fuel gauges were developed in 1925, according to the Carparts website, and most fuel gauges still use the same basic design. These gauges have three basic components: the potentiometer, the indicator, and the sensor or sending unit. The sensor floats on top of the fuel and releases a small electrical current into the gasoline or other fuel when the driver starts the ignition. The potentiometer measures the current and the amount of resistance it releases. The indicator translates the degree of rising and falling into a level of fuel left in the tank.

When everything works as it should, the fuel gauge gives a good indication of how much fuel is left in the tank, but drivers also need to determine approximately how quickly the fuel depletes. Some vehicles, often called gas-guzzlers, can use a tank of fuel more quickly than others because their systems are not very efficient. Other vehicles have much better fuel efficiency and can go far longer on the same amount of fuel. The Natural Resources Canada website has information on what to look for in a fuel-efficient vehicle. 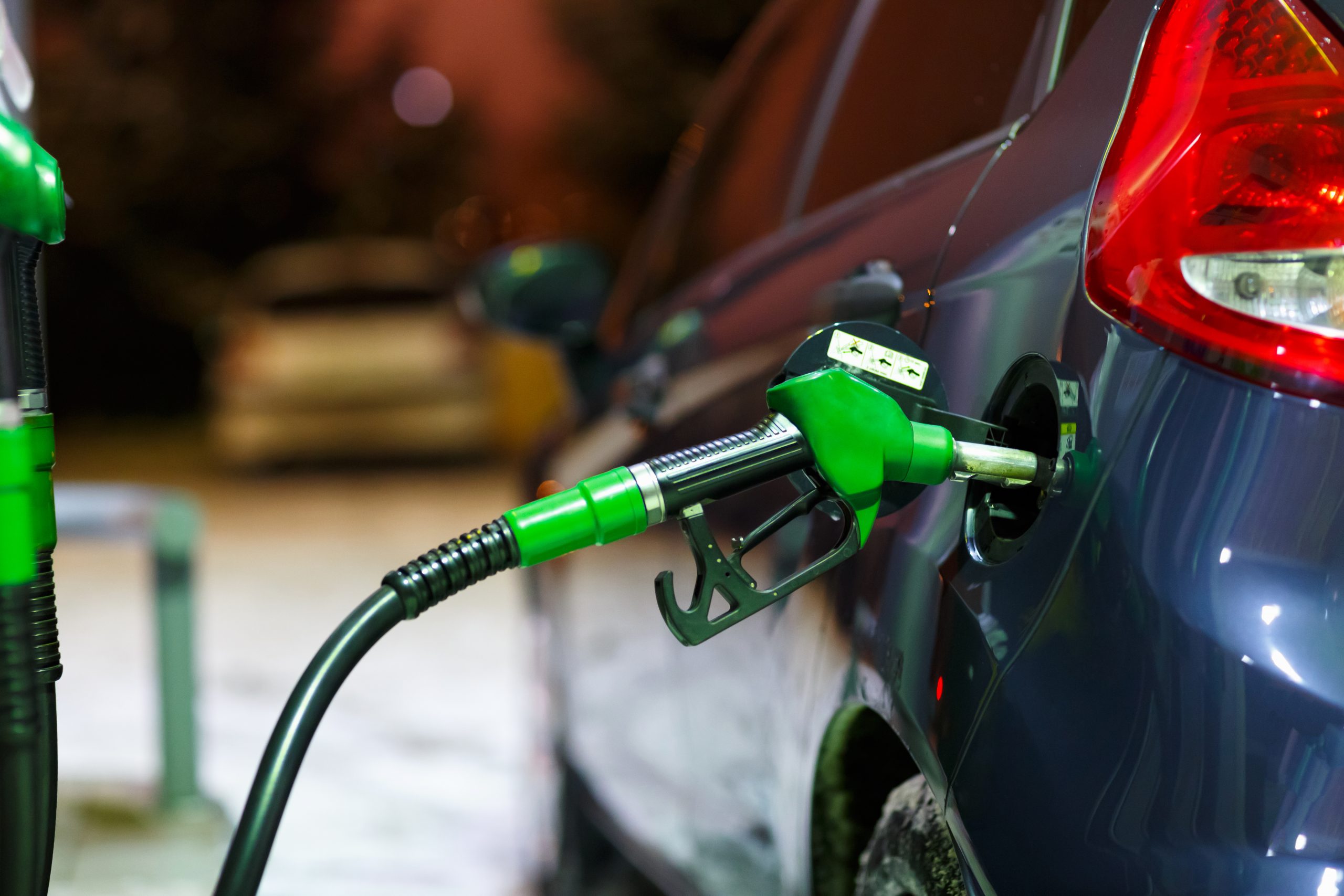 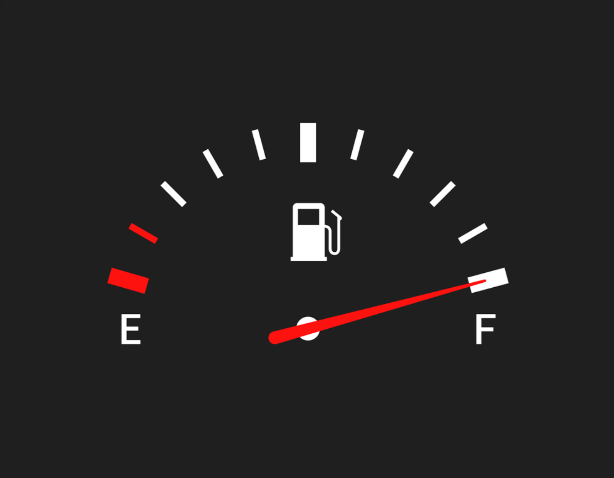 Besides looking for fuel efficiency, drivers should learn about the quirks and unexpected features of fuel gauges. For example, many drivers might notice that after they fill up on fuel, the gauge tends to stay at the “full” marker for a very long time and that similarly, many gauges can be far under “empty” before they actually run out of fuel. Experts say that this is an inaccuracy that manufacturers have deliberately built into the vehicles they produce.

Having a gauge that does not give accurate information at either end of the line is about making people feel better. Keeping the indicator at “full” long after vehicles have driven away from the gas station helps drivers feel better about the money they have just spent. Drivers with electronic displays of the number of kilometres remaining before they need fuel should also be aware that the distances may not be entirely accurate.

Similarly, allowing fuel gauges to go past the “empty” mark gives people the illusion that they have extra leeway to drive longer before they need to fill the tank again. However, much of this subconscious benefit is gone if people notice the inaccuracies and begin to make their own mental calculations about the amount of fuel left in the tank.

Fuel gauges have another feature to help drivers know when it is time to look for a service station: a red or amber light that turns on when the tank is running out of fuel. Sometimes, a section of the fuel gauge close to the “E” mark is coloured red or amber to give a visual warning to drivers that the fuel tank is almost empty. A small round light also turns on at that point as an additional warning that the driver has only a short distance left to go before the vehicle runs out of fuel. 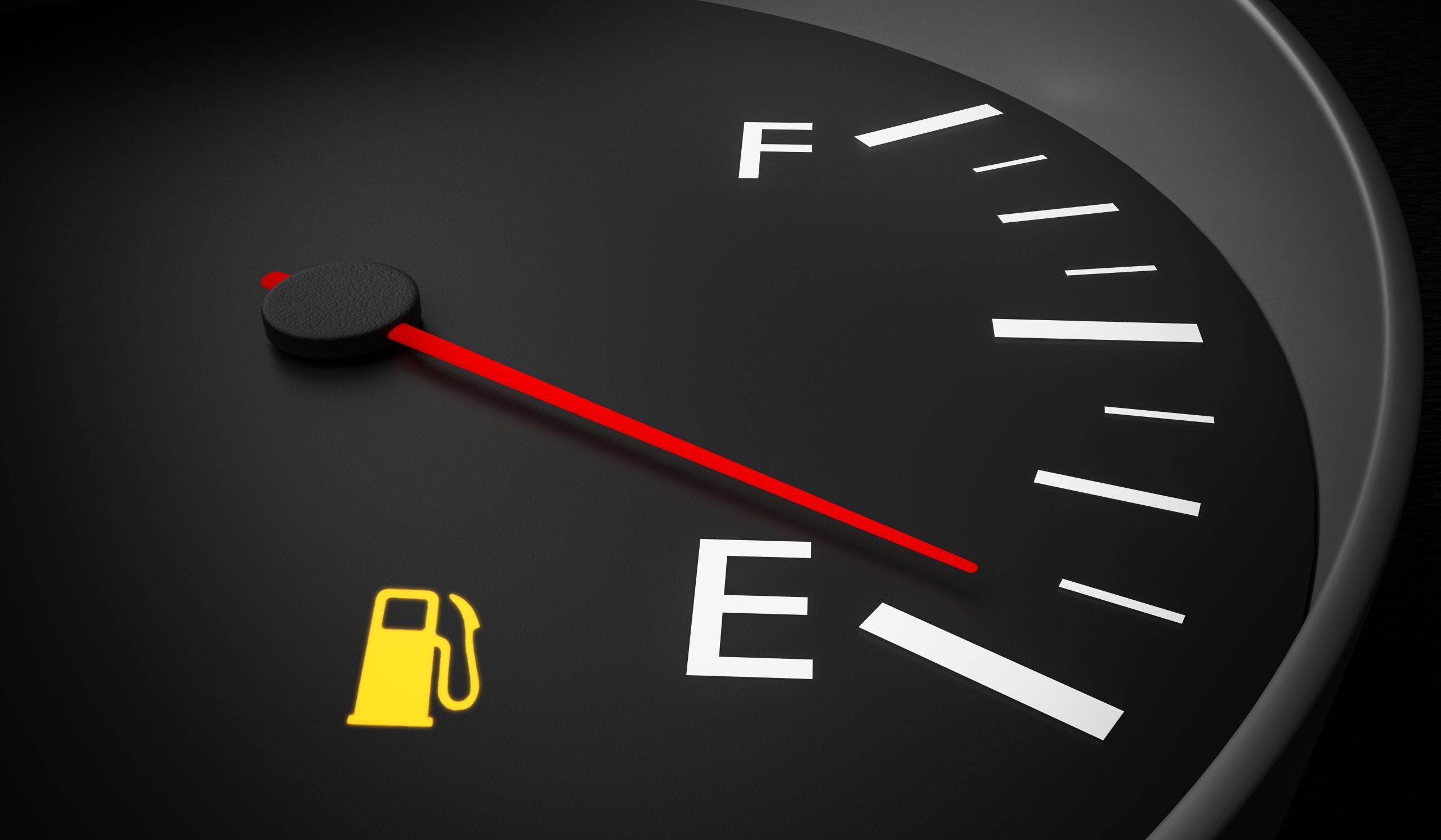 Even when the warning light turns on, the vehicle may be able to continue driving for a long time. According to the Canadian Automobile Association Quebec website, most vehicles still have about ten litres of fuel left at that point. While some models of vehicle might have only 50 or 60 kilometres of additional travel on an empty tank, others can still travel up to 160 kilometres after reaching the “Empty” mark.

Risks of Driving on Empty

While this additional driving distance is more than enough leeway in cities or towns, it is risky to drive after that point on highways where service stations are generally much farther away from each other. In winter, especially, it is important not to risk being stranded out in the cold for very long.

In addition, driving with an almost empty fuel tank can potentially damage some of the components in the vehicle, including the fuel pump. One problem is that contaminants and debris from the fuel itself or from the outside environment tend to settle at the bottom of the fuel tank. If this fuel is being used, it transfers the contaminants to other parts of the vehicle. Frequently running out of fuel can damage the system over time.

The fuel gauge is small and easy to ignore, but it gives important information. All drivers should be careful to pay attention to it whenever they get behind the wheel.