If drivers had to name the most annoying habit that they observe on the road, one of the top answers would likely be the practice known as tailgating. This refers to when one driver follows too closely behind another. Besides being annoying, this practice can be dangerous. Staying a sufficient distance behind another vehicle is essential for safety on the road, and drivers should be careful to avoid tailgating, staying instead at the right distance behind other vehicles.

The idea of tailgating as a dangerous activity might confuse anyone who followed the news from Ontario in the spring of 2019, when the provincial government officially made tailgating legal. However, this type of tailgating refers to something quite different from the driving tactic: holding a party in a parking lot with the back door (“tailgate”) open to allow participants easy access. While that type of tailgating is now legal, the other definition of the term refers to a practice that is still very much illegal, in addition to being dangerous.

The Canadian Oxford Dictionary defines the verb “tailgate” as to “follow another vehicle too closely.” When this happens, the driver of the vehicle in front may become nervous and uncomfortable, feeling that the driver of the second car or truck may cause problems if any delays occur, whether or not these issues are the fault of any particular driver. The Ontario Ministry of Transportation’s Trucks Handbook includes tailgating as one of the aggressive behaviours that drivers should avoid on the road, as these actions can cause frustration, anger, road rage and possibly retaliation.

Drivers may sometimes be uncertain of exactly what constitutes tailgating, especially since even the rules are somewhat uncertain. According to Jason Tchir in a June 2012 Globe and Mail article, the legislation regarding the spacing of vehicles on the road does not define the term precisely, instead using terms like “reasonable distance.” While the interpretation of what this entails might vary, it is clear that drivers should avoid crowding each other.

Part of the issue with defining the spaces is that the circumstances have a large influence on tailgating. On an almost-empty highway at high speeds, for example, tailgating could be any distance shorter than nine or ten metres, while this amount is more than enough space on city streets. Similarly, a comfortable distance between cars may not be the same as it is between a bus and a small car or between two trucks. The weather conditions, the age of the vehicle, and many other factors can influence a safe following distance. 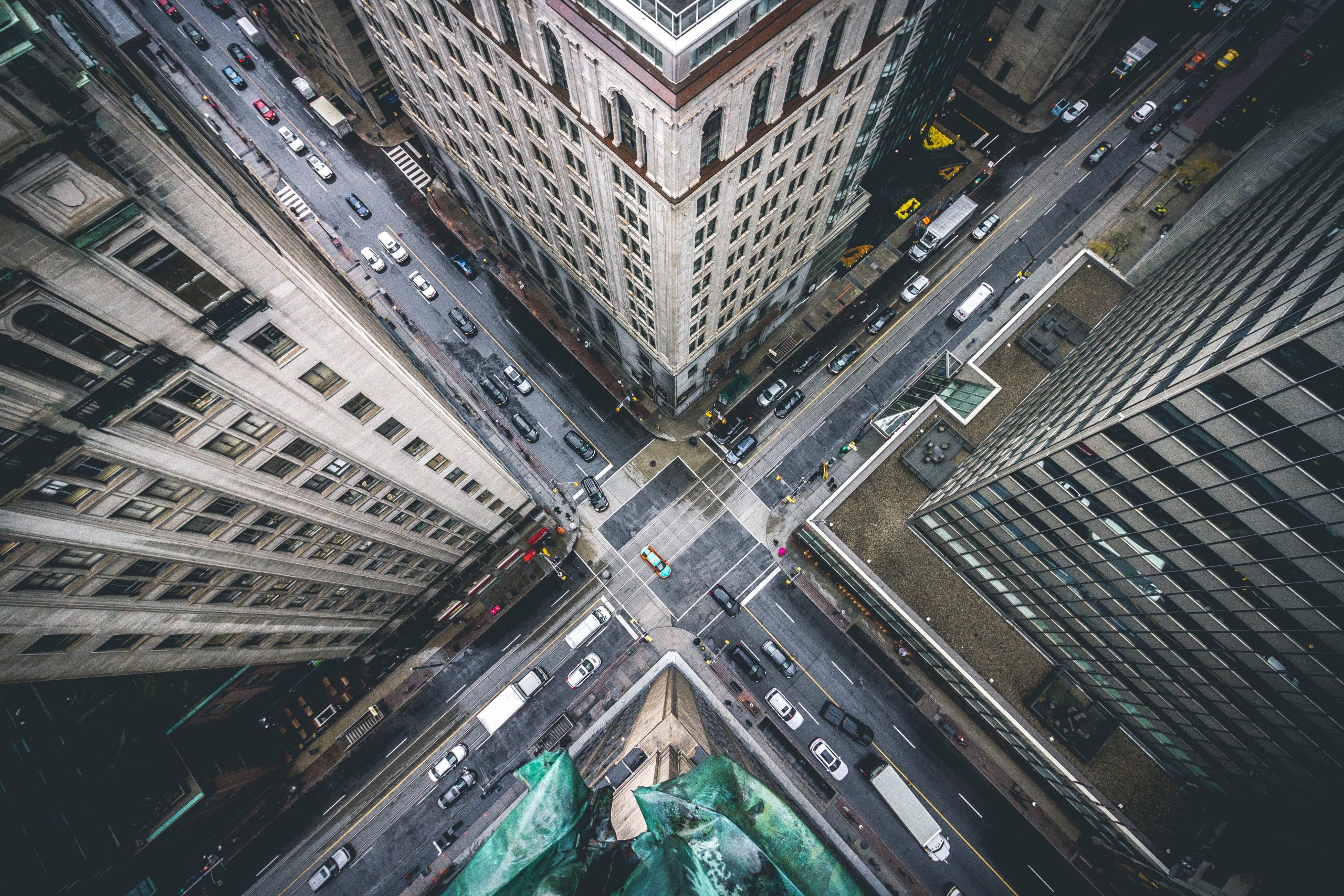 For cars driving on city streets, the Ontario Ministry of Transportation recommends maintaining a distance of at least two seconds, meaning the distance that it takes a vehicle to travel in two seconds at whatever speed it is going. For large vehicles or at speeds higher than the typical city limits, the number of seconds should increase.

To determine their distance from the vehicle ahead, drivers should choose a stationary object like a tree or a lamp post and watch to see when the vehicle that is ahead passes it. The next driver can then start counting “One thousand and one,” “One thousand and two.” If the front of the vehicle reaches the stationary object before reaching that point, the driver is crowding the vehicle ahead. If it takes more than the recommended number of seconds to reach the set point, drivers can consider moving up a bit, as long as they can do so safely.

The basic purpose of the rules against tailgating is to give drivers enough time to respond to situations in which they must brake quickly to avoid colliding with the vehicle in front. Stopping a vehicle, or slowing it down substantially, involves a combination of reaction time, braking time, and stopping time, with the driver’s mental and physical state, the road conditions and the responsiveness of the vehicle playing major roles in the results.

For an alert driver with good eyesight and reasonably quick reflexes, it can take a second or less to see the danger and to begin to respond. The condition of the brakes and the tires are major influences on stopping time, and a small amount of ice, snow, mud or gravel on a road can greatly increase the distance necessary for safe stopping.

With so many unknown factors in stopping distance, drivers cannot say definitely how quickly they will be able to stop in an emergency. This factor is not necessarily a problem on relatively empty roads, where vehicles are far enough from each other to allow for extra space in stopping. However, tailgating reduces that space considerably, possibly leaving only a very short distance for responding to sudden stops. If the front vehicle’s tail lights are faulty, the second driver might not even see that the vehicle is stopping before crashing into it.

According to the Preliminary 2019 Ontario Road Safety Report, rear end collisions are the second most common accidents in Ontario, second only to single-vehicle collisions. Although the report does not specify the incidence of tailgating, this practice is likely to be a cause of these crashes and the injuries that result from it. 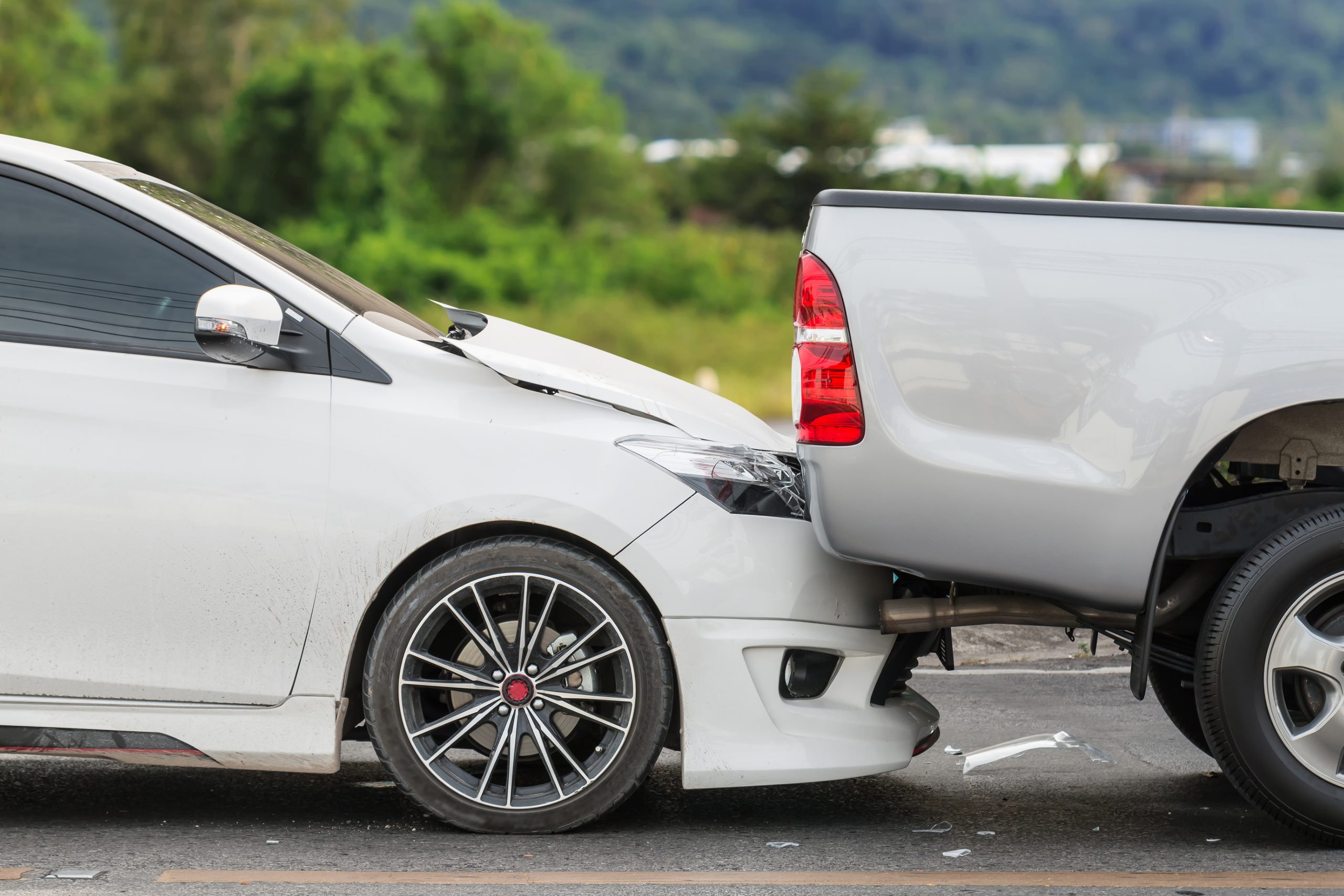 One of the most common injuries in these types of accidents is whiplash, which occurs when a vehicle is abruptly bumped from behind and knocked forward. When that happens, the occupants’ heads can be thrown backwards and forwards by the force of the impact. In some cases, the injuries can be as minor as neck pain lasting a few days. Sometimes, however, the injuries can be life-threatening. In 2019, 45 people were killed in rear end collisions, while 8453 people received personal injuries, minor or major.

One of the easiest ways of avoiding the problems that come with rear end collisions is to maintain a reasonable distance between vehicles. Doing so can give drivers the time they need to respond appropriately and safely. Not only will it make driving easier for drivers in heavy or light traffic; it will help reduce tensions on the road and make the roads better for everyone.