On trips in a car or other vehicle, the trip itself and the destination are normally the most important considerations. Sometimes, however, parking is important enough that people may even decide to leave their cars at home and take public transit. Still, parking is an important skill that everyone should achieve. Whether you drive each day or only occasionally, you should know the best parking options for each place and every occasion. 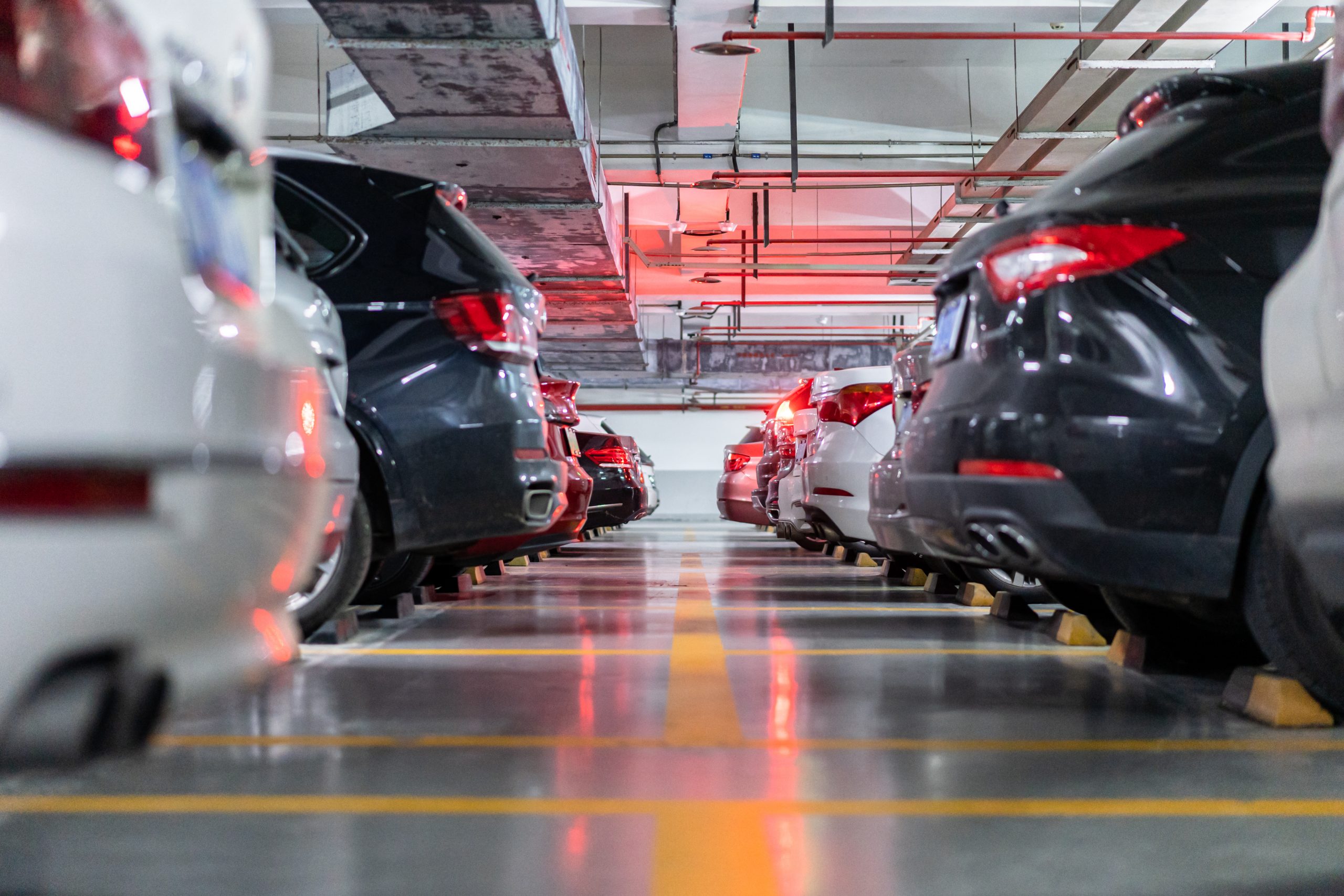 In some cities and towns, surface parking lots are common. These lots can be small or large, covering the ground level between buildings or spanning streets. Normally, vehicles park beside each other in rows, as many as can fit into the lot. When this type of parking includes several floors of vehicles parked side by side, this is called a parking garage.

Parking lots and garages are common, especially in places with many people coming and going. A shopping mall or apartment block, for example, might have a surface parking lot or a parking garage. Covered garages have the advantage of being protected from the elements, but they can be expensive to build and maintain. Surface lots still require maintenance, including snow clearance in winter, but they are generally easier and cheaper to construct.

The Civil Engineering Portal lists several different types of parking that are common to cities and towns around the world. In addition to the two main types of parking lot, the typical styles of leaving a vehicle on a street are parallel, perpendicular, angle, and double parking.

Double parking refers to a practice that is common in other parts of the world but illegal in most of North America. A double-parked vehicle is placed beside another in such a way that it is impossible for the second vehicle to move from its spot, such as when a vehicle parks beside another at the side of a road. In Canada, any driver parking a vehicle this way is likely to receive a fine, which can be quite expensive. The only exception is in locations with valet parking, where one or two people have the keys to all of the vehicles and can move them whenever necessary.

In North America, the three legal methods of parking are parallel, perpendicular, and angle parking. Perpendicular parking, named because the vehicles park perpendicular to a wall or fence, is most common in parking lots, where there are rows of vehicles parked beside each other and enough space between them for drivers to back out without hitting another vehicle. The ParkingNet website notes that perpendicular parking is generally the simplest and most efficient method of giving space for a large number of vehicles to park. 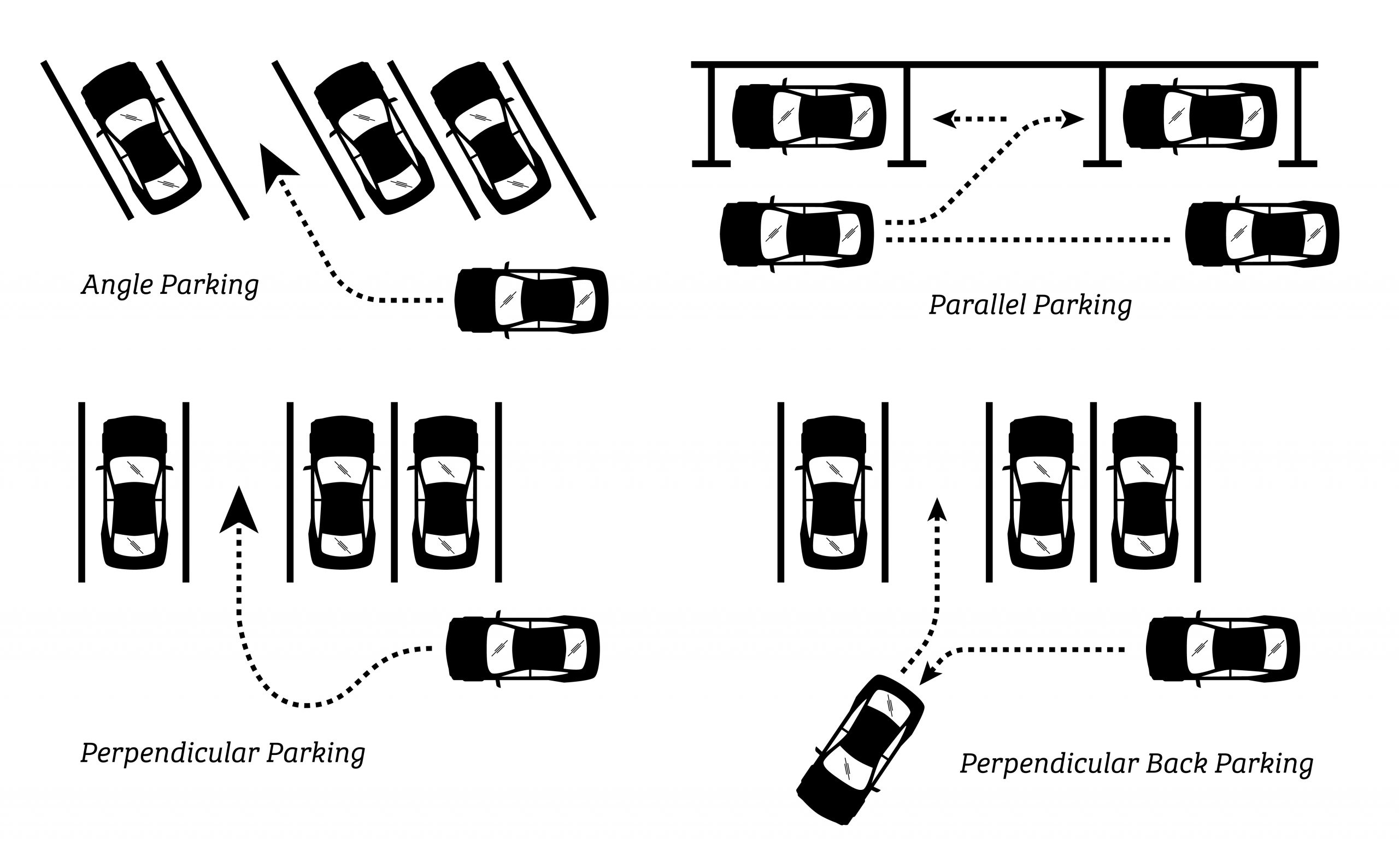 As with any driving skill, perpendicular parking requires some practice but is probably the easiest of the various styles. For perpendicular parking between two cars, drivers should begin their turn when their bumper lines up with the nearest vehicle’s side, although this technique may vary according to the size of the vehicles and how accurately they are parked. Drivers should also be careful not to take more than one spot unnecessarily, as this is considered bad etiquette.

Angle parking is common in towns and small cities but rare elsewhere. This style involves vehicles parking side by side, but at about a 45-degree angle to each other. Depending on the amount of space available on the street, this angle could be lesser or greater. Although angle parking is used in some parking lots, it is more common against buildings where several people might need to park but there is not enough room on the street for perpendicular parking. Turning into an angled parking stall is much like perpendicular parking, except that drivers must match the angle of the other cars.

Parallel parking is common in most cities and towns, but it can present the most difficulties for new, and even for experienced, drivers. The term comes from the fact that the vehicle is parked parallel to the curb or the edge of the road, with one car’s headlights facing the taillights of the next vehicle. Except on a relatively empty street with ample space between vehicles, this technique normally requires specific skills that students normally learn in driving school. Parallel parking between two vehicles involves pulling up beside the one that is farther ahead and then backing into the spot, being careful not to scrape the front vehicle or to bump into the back one.

Besides the different styles of parking, drivers should learn the rules related to leaving their vehicles on the street. The Ontario Ministry of Transportation’s website lists some of the considerations that drivers need to remember. For example, parking is not allowed within three metres of a fire hydrant or within nine metres of an intersection.

Governments in all areas of Canada have rules regarding parking near the entrances of hotels and theatres, close to railway tracks, or other places where people are likely to need clear access to the sidewalk and the road. On residential streets, parked cars should not block driveways, and it is generally considered bad etiquette to park in front of a path that residents have dug in the snow from the sidewalk to the street.

Some parking rules are seasonal, like snow route signs that indicate where snowplows will first start to clear the streets, or time-bound, such as parking bans during rush hour. Some parking is free, while some requires payment. Signs at the side of the road will normally inform drivers of when parking is allowed, when it is free, and anything else they need to know.

Parking can be a difficult skill to learn, and some people might have such a strong preference that they avoid any other style. Still, learning all of the techniques is important for times when there is no other option. If you can park using any of the three main styles and you also remember to follow the guidelines about where and when to park, you can help make your arrival at any destination stress-free.