Driving a vehicle has many variables, including the distance and time it takes to stop. In July, braking to a stop at a certain spot might take far less time than it does in January. At certain times of the day, you might be able to stop in a shorter distance than at others. Why is that?

At a red light or a stop sign, drivers are supposed to bring their vehicles to a complete stop. To do this without skidding or sliding through, they need to know approximately how long they need to stop. Certain types of vehicles tend to take longer to stop than others, and each individual vehicle has its own quirks. Generally, a 4-wheel drive vehicle stops faster than other types of vehicles, but a small car will stop much sooner than a large truck generally does. 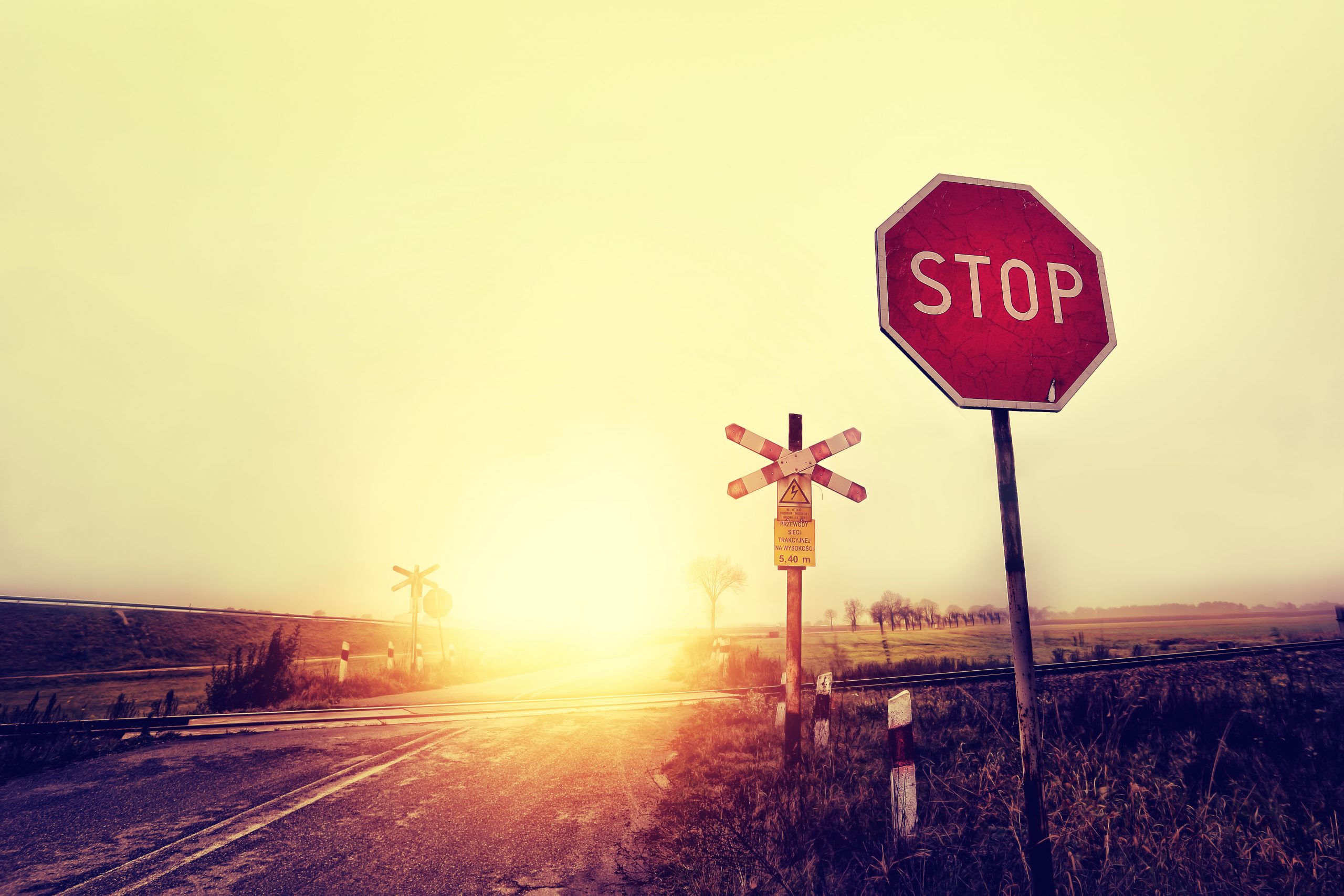 The type of tires can make a difference to how quickly a vehicle stops. In winter conditions, as the Ontario Ministry of Transportation website notes, vehicles with all season tire tend to take longer to stop than ones with snow tires. From a speed of 50 kilometres per hour, for example, an average sub-compact car will take 39.1 metres to stop with winter tires but 50.7 with all-season tires. A four-wheel drive vehicle will stop somewhat sooner at 35.7 metres with snow tires and 42.8 metres with all-season. On dry roads, skidding is not usually a factor, making stopping time and braking time much more in line with each other.

Tire type and their condition, the weight of the vehicle, road surface condition, and many other factors can affect the time and space needed to stop. As the Government of Alberta website notes, the time necessary to stop a vehicle on the road can be divided into three parts: perception time, reaction time, and braking time. Perception time is the moment, typically under a second, that it takes for a driver to see a danger or an obstruction.

The second part of stopping is reaction time, which is typically about three quarters of a second. This is the time it takes for the driver to stop accelerating and start braking. Perception time and reaction time are often almost indistinguishable from each other as they tend to happen very quickly, almost without conscious thought. These times can also vary widely, depending on such factors as the driver’s experience level, state of health, alertness, and any distractions in or around the vehicle.

The third part of stopping is braking, which can take a short or long time and thus also various distances, depending on the type of vehicle and how quickly it is travelling. For a vehicle moving at 30 kilometres per hour, the distances needed for perceiving, reacting, and braking tend to be approximately equal under normal road conditions.

The time needed for braking increases as the speed rises, until at 80 kilometres per hour or more, the distance needed for braking is more than the perception and reaction distances combined. The momentum of the vehicle carries it forward much farther than it does at lower speeds. In winter when the roads are icy, stopping time and distance are even longer.

In much of Canada, drivers have an annual adjustment period of becoming accustomed to winter driving after a summer of generally clear road surfaces. Even the best tires can skid on ice, and drivers often find themselves sliding farther than they intended, sometimes stopping in the middle of an intersection instead of at the edge. Although sliding on the ice is more likely at higher speeds, when a driver brakes abruptly, skidding can happen at any speed, even to the best driver. Similarly, vehicles can easily skid on any wet surfaces, especially gravel roads or on mud. 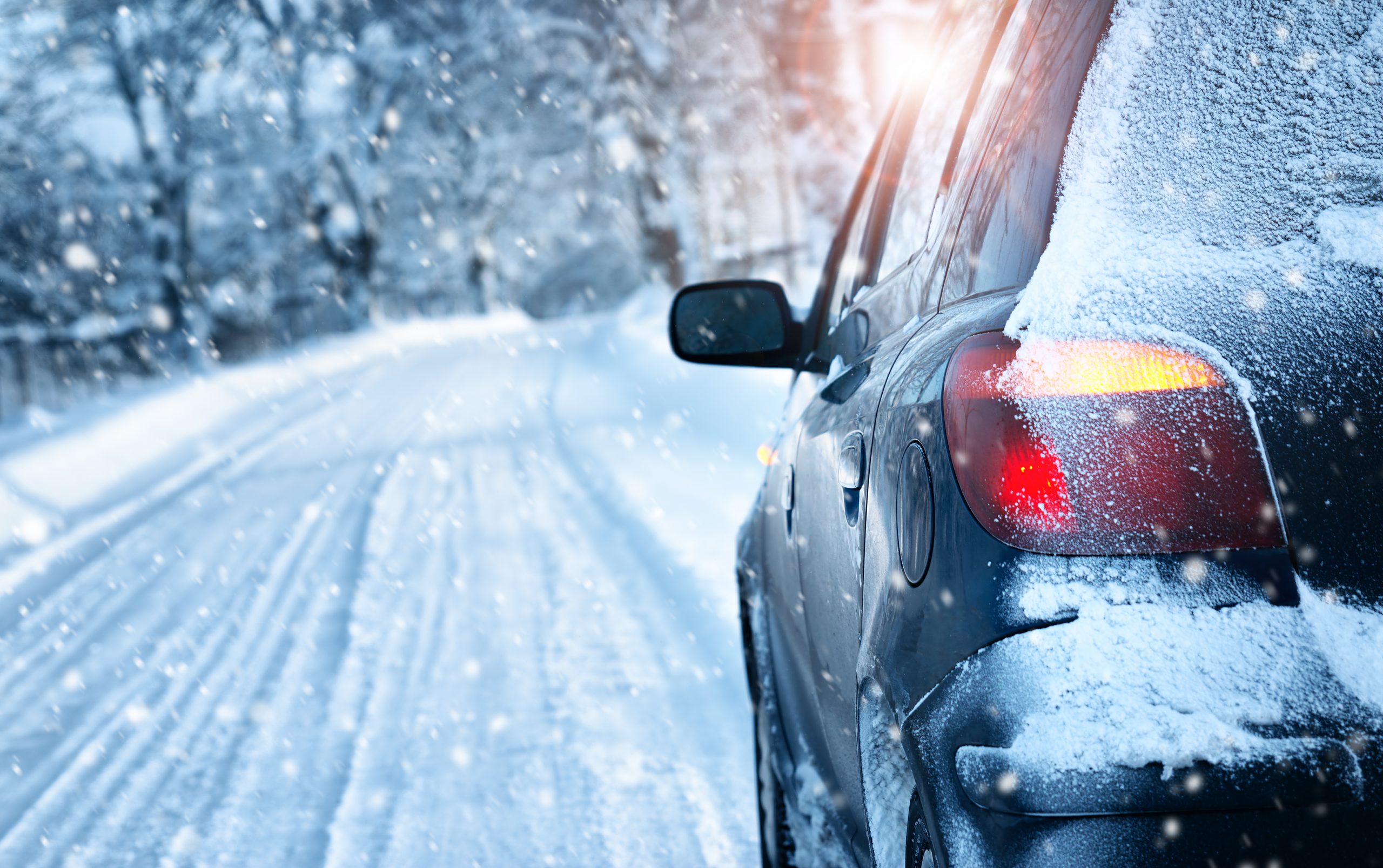 Besides seasonal differences, vehicles can have significant variation between braking time and stopping time. An aging vehicle can have a longer braking time than one that is new or recently serviced. In addition, some brake pedals are much more sensitive to the touch than others. For example, a sports car will always stop faster than a regular car of the same size, given the same conditions, as it is built for rapid acceleration and quick stops. Similarly, the more expensive models of vehicle are often built accelerate and stop much faster than other models.

Drivers and Their Effect on Stopping Distance

Drivers also have a significant effect on stopping and braking distance. Fatigue, alcohol, state of mind, and many other factors can affect drivers’ reaction time. In addition, some drivers tend to apply less pressure to the brake pedal than others, whether through timidity or other factors. Thus, their stopping distance is likely to be much longer than it is for drivers who press firmly on the brake pedal.

Coasting is another factor in the difference between stopping and braking distance. When they have the chance, many drivers prefer to release the accelerator and coast to a stop rather than braking. This action could come from a desire to safe fuel, a discomfort with using the brakes on icy surfaces, or a variety of other reasons. Depending on whether the terrain is flat or hilly, the weight pf the vehicle, or other factors, coasting to a stop could take a short or long time and be a smooth ride to a stop or an abrupt halt.

The difference between stopping distance and braking distance for each person and vehicle is an important element of driving safely without endangering others on the road. With care and practice, drivers can learn to control their vehicles so that they use the best techniques, including smooth braking, to come to a safe stop every time they get behind the wheel of a vehicle.