Reaching the end of a trip can be exciting as people park their vehicles and start out on their activities. Often, this involves parallel parking. This style of parking can be difficult to learn to do well, but it is a useful technique that all drivers should know. Being able to parallel park helps give drivers the flexibility to park on all kinds of streets, wherever they can find room.

The Oxford Canadian Dictionary defines parallel parking as simply parking a vehicle “parallel to a roadside.” Thus, the front of one vehicle is behind the rear of another at the side of the road. Although any vehicles standing along the side of the road can technically be considered to be parallel parked, people normally use the term to refer to a situation in which a driver must maneuver into a space just large enough for the vehicle, without much extra room for driving straight in. 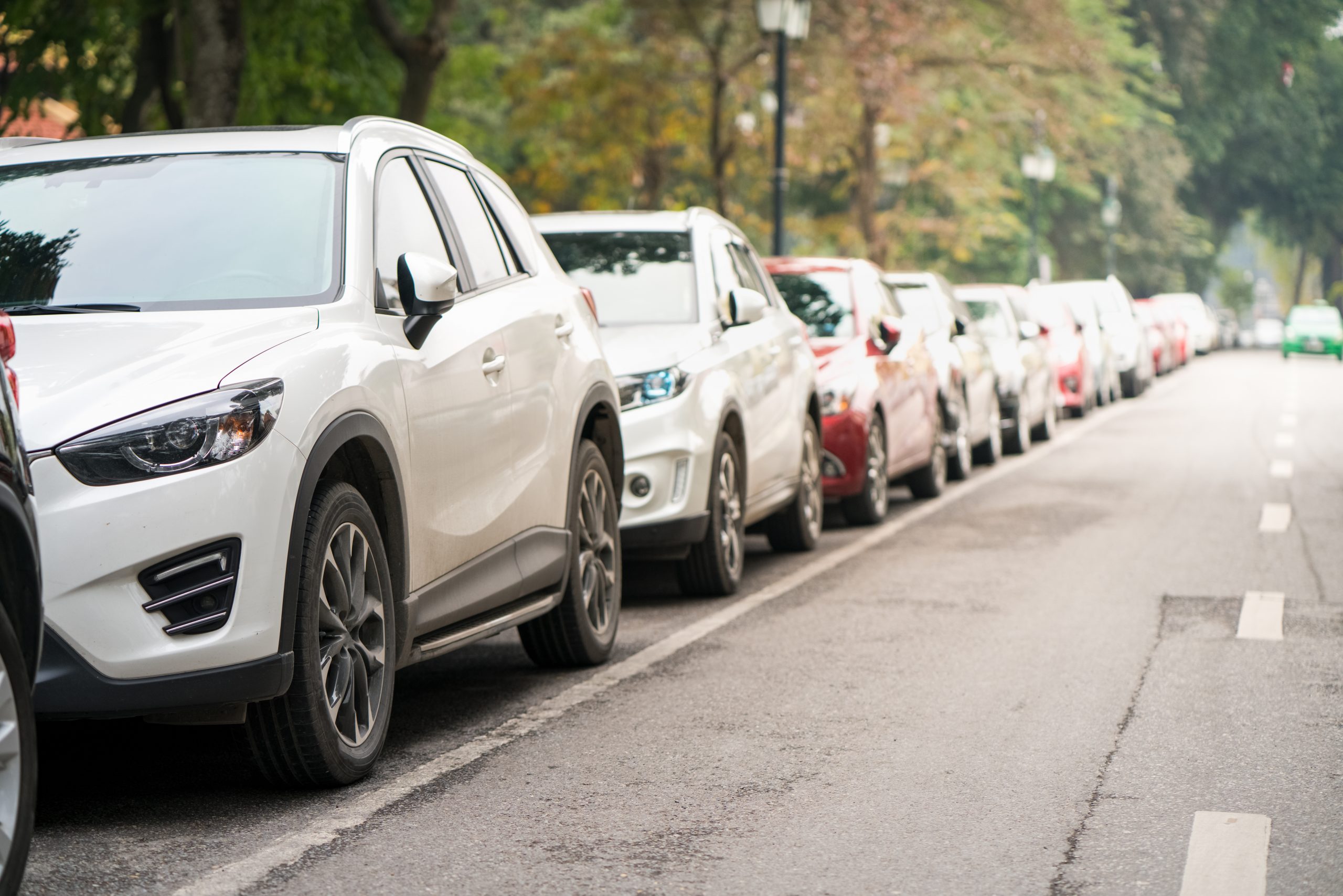 The Ontario Ministry of Transportation’s website explains some of the criteria for parallel parking in that province. As always, drivers should not park too close to a railway crossing or block a driveway or sidewalk. Vehicles should be lined up with their wheels parallel to the curb or the edge of the road if there is no curb. Normally, parallel parking is allowed only on the right side of the street with all vehicles facing in the same direction as traffic. On one-way streets, parallel parking is normally allowed on both sides of the street unless a sign indicates otherwise.

The first step in parallel parking is to find a large enough spot for the vehicle to fit into without bumping into the vehicles at each end. Generally, drivers should look for spots that are about one and a half times as long as their own vehicles. This gives them space to maneuver into the spot with some room to move back and forth. Before beginning the process, drivers should turn on their signal lights to let other road users know their intentions. Otherwise, stopping unexpectedly in the middle of traffic could confuse and frustrate other drivers.

After signalling, the next step in parallel parking is to pull up beside the vehicle in front of the parking space. Although it may be difficult to judge distances exactly, the best procedure is to move into a position about a metre from the other vehicle’s side, with the rear bumpers lined up.

While looking back and checking the mirrors, the driver should then turn the wheel in the direction of the parking spot and begin to back up into the space. The vehicle should go in at approximately a 45-degree angle or it will likely be too far from the curb when it moves into the spot. While this is happening, drivers should be careful not to scrape the side of one vehicle against another.

Moving into the Space

As the vehicle moves into place, the driver should straighten the wheels and ensure that the wheels are no more than 30 centimetres from the curb. The vehicle should also be as straight as possible and centred in the middle of the space so that the vehicles on either end will have as much room as possible to maneuver out of their own spots if necessary.

While moving from the street into the parking space, drivers most commonly check in the direction of the curb to ensure that the vehicle is going into the spot properly. However, an alternate method is to turn towards the street side after beginning to turn. When the bumper of the vehicle at the rear of the space becomes visible, the driver should begin to straighten the vehicle out and continue to back into the space. This method can speed up the process of parallel parking and help drivers to get into the right spot the first time. 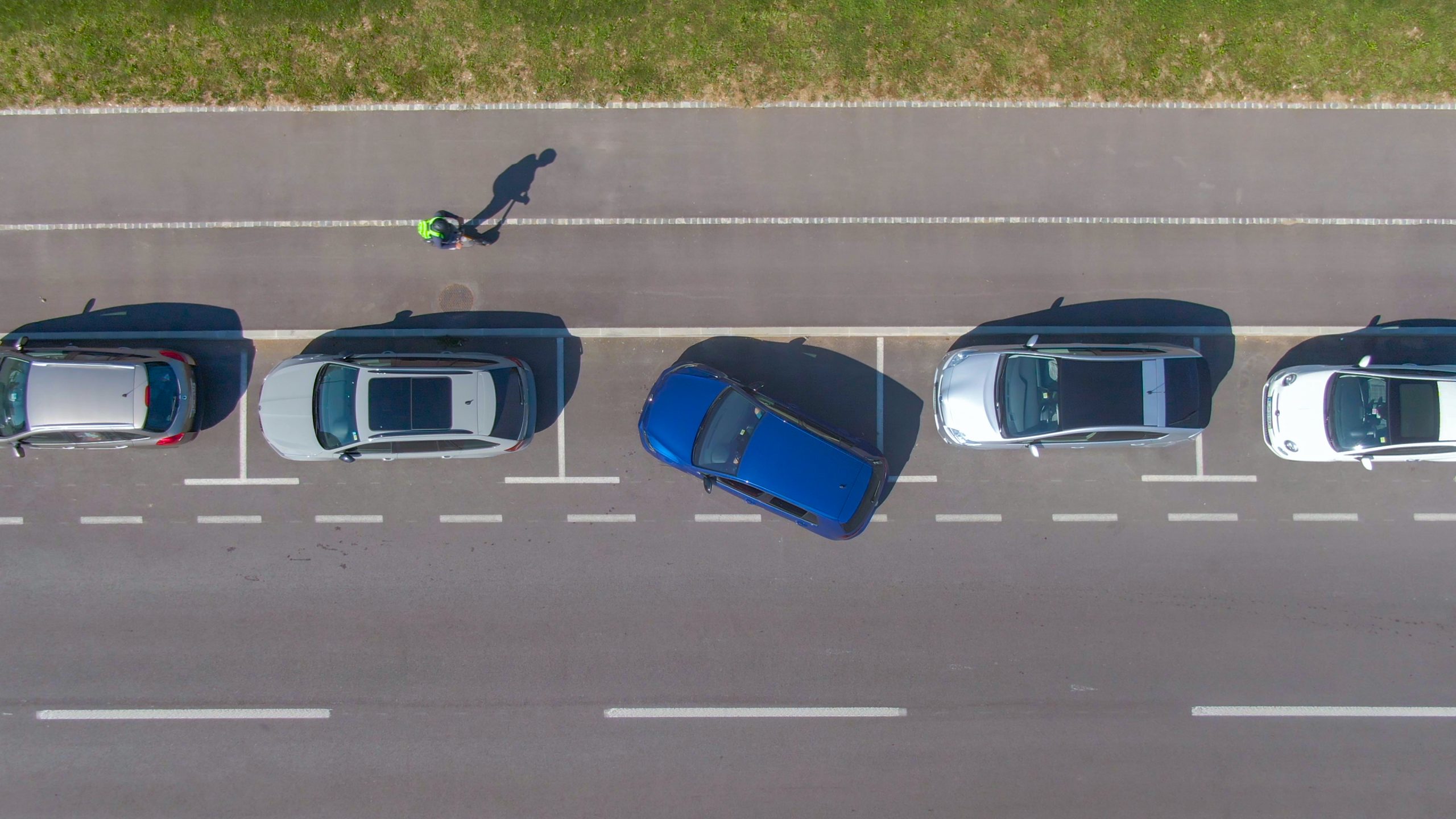 Taking care in opening the driver’s side door is an essential but often forgotten part of the parking process. If a bicycle is passing at that moment, the cyclist may crash into the door and be seriously injured. Vehicles may also be damaged if a door suddenly opens as they are travelling by on the road. Before opening the door of any vehicle that is parallel parked, the driver should look in the mirrors and do a shoulder check to ensure that it is safe.

Pulling Out of a Parallel Parking Spot

Depending on the amount of space between vehicles, leaving a parallel parking space can seem much easier than getting into it. After starting the engine, the driver should engage the turn signal and prepare to leave the spot. It might be necessary to back up slightly to ensure that the front of the vehicle has enough room to move out of the spot without scraping against the bumper of the vehicle in front. However, it is equally important to watch carefully to avoid bumping into the vehicle at the back. Slow and careful driving is necessary in most cases.

Crashing into passing traffic is another danger. Before pulling out into the road, the driver should ensure that other vehicles are far enough away that it is possible to get out of the parking space and get up to a reasonable speed before other vehicles come from behind. While this might not always be possible, it is best to avid causing delays for other road users. Suddenly pulling out in front of another vehicle can also be dangerous if another driver fails to brake in time to avoid a collision.

Parallel parking can be difficult, but it is a necessary skill in most cities and larger towns, and even in smaller communities. Learning the right techniques can take time. The Driving Instructor Blog recommends starting on a quiet residential street and beginning by simply parking behind a vehicle, rather than attempting a full parallel park. Once drivers learn this technique, they can try parking between vehicles and gradually work their way up to parallel parking on busy streets.

With good parallel parking skills, drivers have many different options for where to leave their vehicles. Learning this technique is important for all drivers.