Reverse Parking into a Stall

When drivers reach their destinations, they normally need to park their vehicles. Most often, they move front first into the stall, making it necessary for them to back out later. However, reverse parking in a stall can be safer and even easier when people learn the proper technique.

In perpendicular and angle parking, drivers normally have the choice of either backing in or backing out of a stall. Being able to back into a stall gives drivers extra flexibility to do the more dangerous part of the task when the area is less busy than it may be later on.

Backing into parking stalls rather than backing out of them can enhance the safety of everyone nearby. As the Driving Tips website explains, the average driver is unable to see about 30 to 45 feet behind the vehicle, making it impossible to detect young children and animals that might suddenly cross behind the bumper. Although the same dangers could exist for vehicles moving into parking stalls, they are more likely to be present in the roadways of the parking lot than at the backs of the stalls.

Greater visibility on departing is one of the advantages of reversing into a parking stall, according to the Driving Tests website. This way, drivers who may be in a hurry to return home can see any obstacles that may be in their way as they leave.

According to the Driving Tips website, the first step in reversing into a parking stall is to locate a stall and pull ahead approximately three stalls.  Although this recommendation depends on the size of the vehicle, it is generally a good guideline.

Once the vehicle is in position, drivers should turn the steering wheel in the direction of the stall and release the brake. At this point, they should choose a reference point such as a tree branch or a roof rack on another vehicle as a guide to position and direction.

Backing up slowly, drivers should keep the wheels turned until the vehicle is in line with the stall. When the vehicle is halfway in, it is advisable to stop and check in both side mirrors to ensure that the vehicle is within the lines and will not scrape against the vehicles on either side.

After straightening out the wheels, drivers should continue to move into the parking stall. At this point, it is important to make sure that the rear of the vehicle does not bump into the curb or anything else at the back.

For angle parking, the process is similar. At the point three stalls ahead of the empty space, drivers should look out of the rear side window in the direction they are turning. When the vehicle is parallel with the angled lines, drivers should back into the stall until the front and rear ends of the vehicle are within the lines painted on the pavement and not hanging over a line or curb. 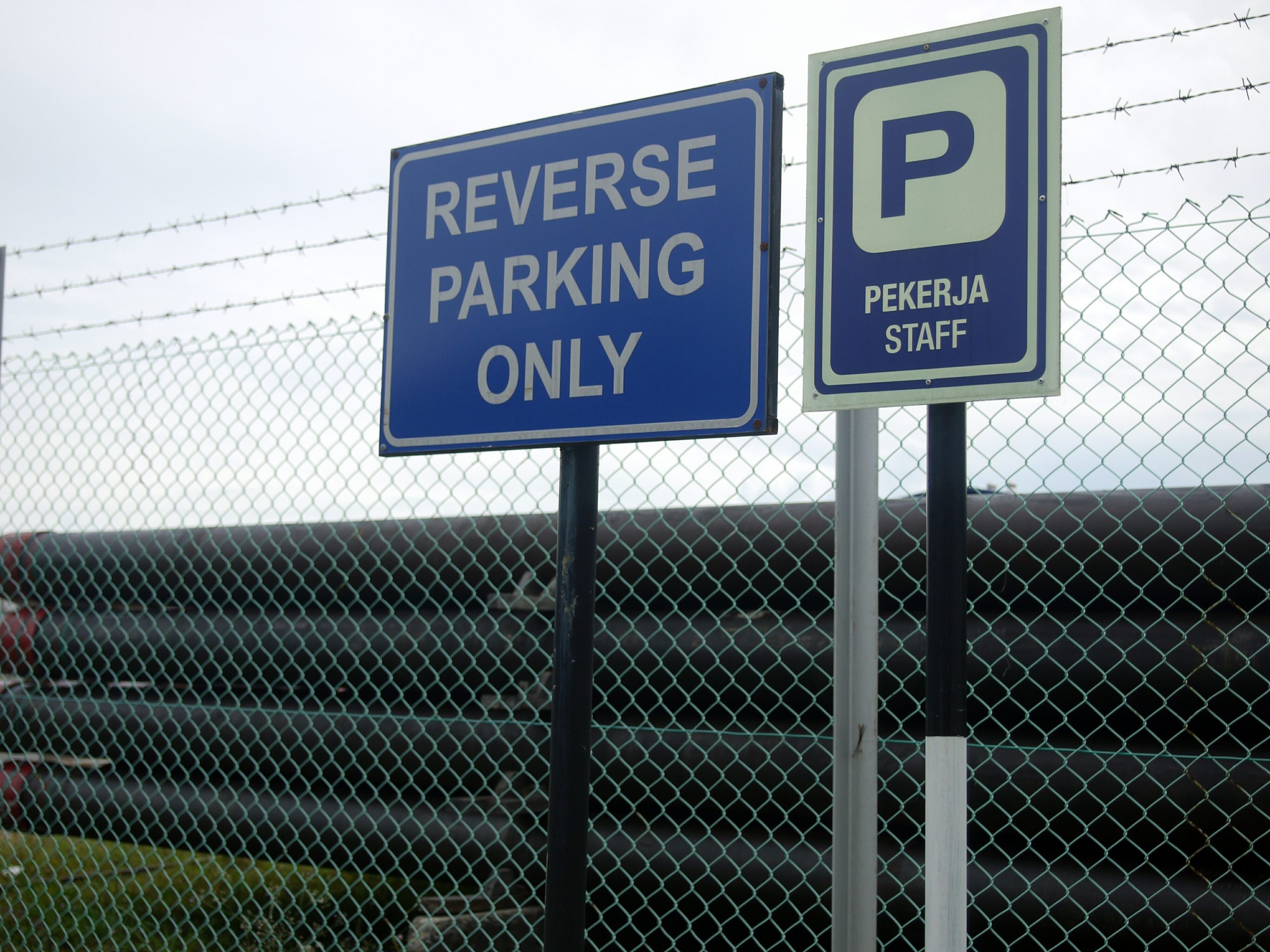 Any kind of backing up requires drivers to see a wide area behind the vehicle. However, this area can be difficult to see unless the vehicle is equipped with a rear camera. Otherwise, drivers have to turn around sufficiently far to be able to see the entire back window.

Turning around this far can be very difficult for drivers who are strapped into their seats. However, taking off the seat belt can help give the extra flexibility drivers need to turn their bodies around. According to the Ministry of Transportation of Ontario, seat belts are not required for drivers while they are backing up, as long as they remember to put the belts on again before they drive away.

Normally, reversing happens at low speeds, which helps to reduce the likelihood of serious injuries in case of an accident. Thus, not wearing a seat belt for this action is unlikely to be very dangerous. When drivers are reversing into a parking stall, they need not even remember to put their seat belts on again until they return from their work or errands. If they have chosen their parking stall well and know the correct procedure, the entire operation can be safe and easy.

Many considerations come into play when drivers choose a parking spot. Visibility for the driver of a small car will be extremely limited between two trucks or vans, for example. In that case, the advantage gained in reverse parking may be lost. However, backing into a parking stall may still be the best choice as then drivers will be able to concentrate on driving forward rather than thinking about which way to turn the steering wheel.

This factor may be especially important in single lines of parking stalls, such as the experiments in angle parking on certain streets in cities like Winnipeg and Sarnia, as well as other areas of Canada. In these situations, pulling out of a parking spot can mean entering the flow of traffic. Backing up in this situation could be dangerous. 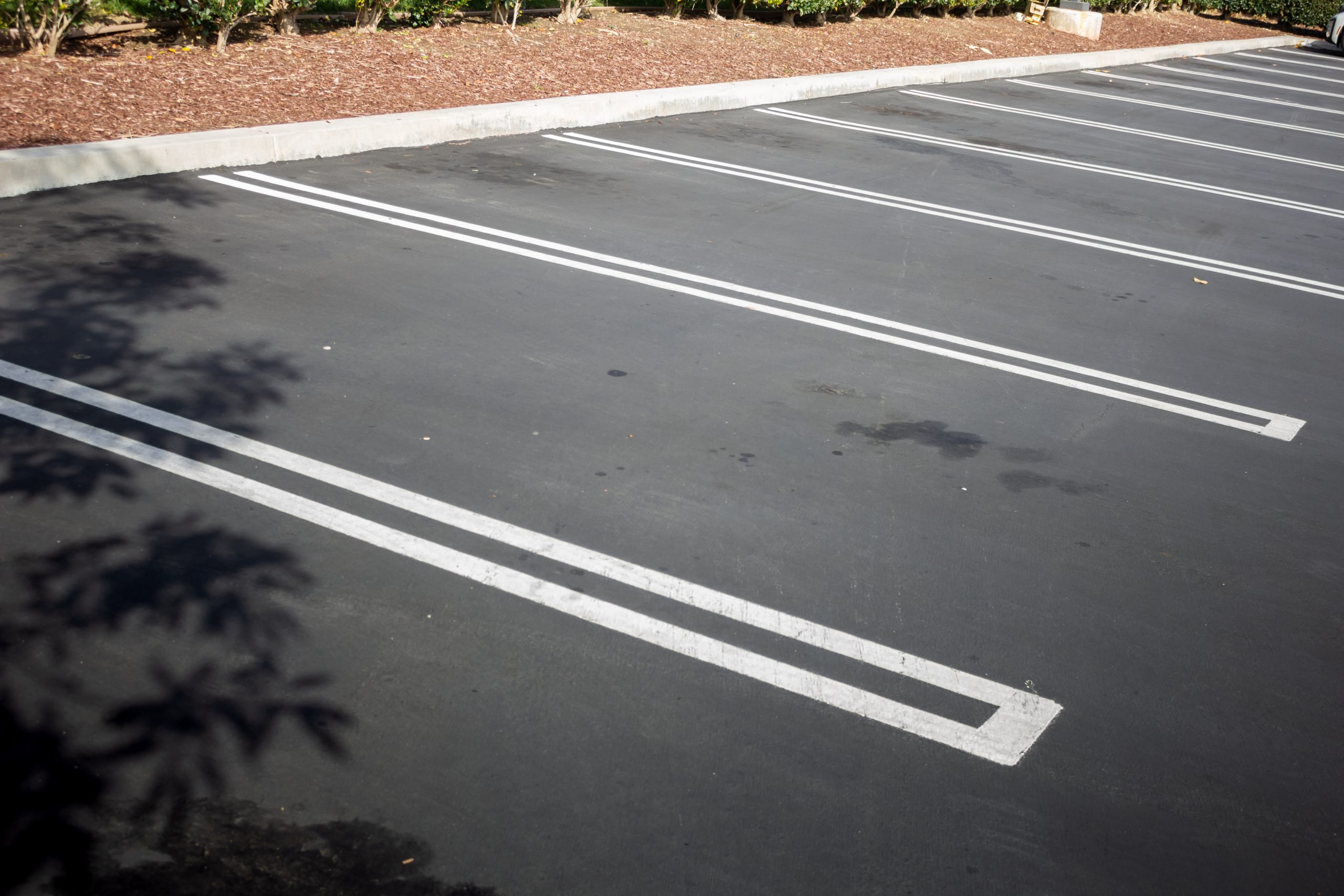 As Jason Tchir notes in his May 2015 Globe and Mail article, reverse parking is not a part of the Ontario driver’s test, although it is a useful skill. Besides giving the driver a more extensive view of the surroundings, it also gives other road users a better chance to see what the driver is doing.

The slow movement of a vehicle can be difficult for other road users to see. Accidents can easily happen, especially when passing pedestrians or cyclists are not paying attention. In his article, Jason Tchir notes that in one case, a five-year-old boy was killed in just such a situation.

Backing out of a parking spot does not always have such deadly consequences, but it can be very disconcerting for people who are behind a vehicle as it is moving out. However, when drivers choose to back into the stall and then leave front first, they can make parking lots and roads safer for everyone. Whenever it is possible, drivers should choose reverse parking into a stall.