Imagine going to the place where you parked your vehicle the previous night but finding that a thief had stolen it. In some cities, and even in towns and smaller communities, vehicle theft can be a major problem, causing trouble and expense for the owners of the vehicles, as well as for insurance companies and others. Sometimes, it might seem that there is little to do about this problem, but devices such as alarms and other anti-theft measures can make a difference. Some of these devices are built into vehicles and others must be installed separately, but they all have their uses.

Vehicle theft might seem like a big city problem, but it can occur anywhere. According to a 2018 Statistics Canada report, Barrie, Ontario had more than twice as many vehicle thefts as Toronto that year, while Windsor and Thunder Bay also recorded high numbers. Other areas of Canada show similar trends.

At one time, it seemed as if car alarms were the answer to the problem of vehicle theft. According to Ilana E. Strauss in an article in The Atlantic, car alarms were invented about a century ago but were rarely used until the 1960s and 1970s. Over the next years, they increased in popularity until their height the 1980s and 1990s.

These alarms work by emitting a series of loud sounds when a person or something else touches the vehicle. Usually, these noises continue until someone with the key presses a button to deactivate the alarm. This system can work well in some cases, especially in neighbourhoods where many people are available to help. However, if an alarm is triggered a relatively deserted area, the vehicle’s owner is unlikely to attempt to confront a potentially violent criminal. 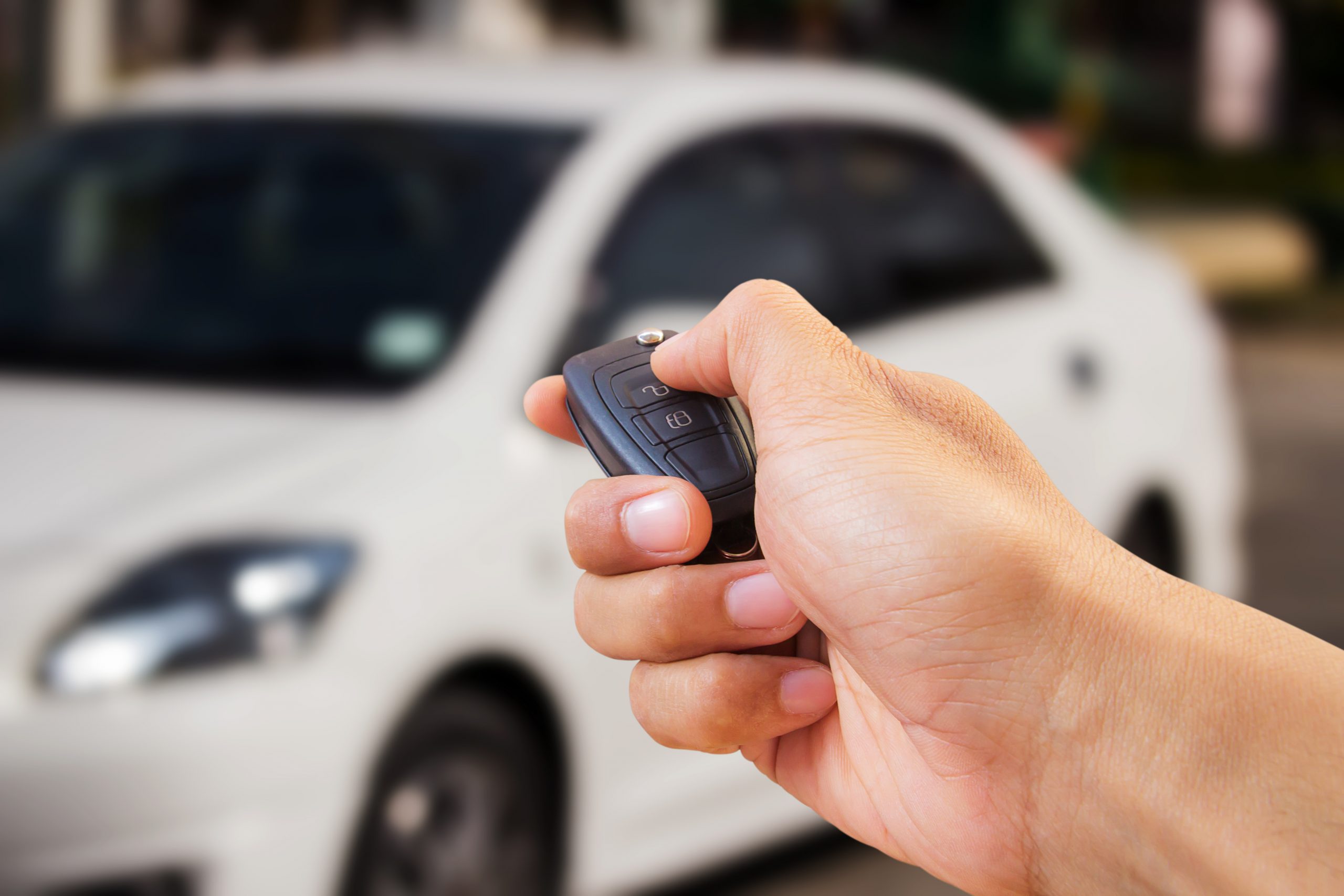 A further problem is the sensitivity of many alarm systems. Theoretically, they are supposed to go off when someone is breaking into the vehicle, but they can also be triggered by many other causes, including a leaf falling onto the vehicle or someone with a long coat brushing against it while walking by. According to a 1990 study cited in the Atlantic article, only about one to five percent of the times that alarms are triggered are for real attempts at theft, while most of these incidents are accidental.

Because of the frequency of false alarms, people tend to ignore or become annoyed by vehicle alarm systems rather than responding to a potential theft. In addition, the alarms are unlikely to scare off experienced thieves, who can easily disable them. A car alarm is still a good anti-theft device in some cases, but vehicle owners should also consider other options. Some of the devices listed on The Drive are wheel locks, brake locks, and tire locks.

As the website notes, steering wheel locks are some of the most common anti-theft devices. These locks are long, extendible bars with U-shaped pieces on each end. They lock and unlock with a key. Brake locks also operate with keys but attach to the brake and accelerator pedals, preventing them from being depressed. Tire locks go on the outside of the vehicle, fitting over the wheels. All of these devices can be useful, depending on where and how long the vehicle is parked and how much trouble the driver is willing or able to take to prevent theft.

Special devices like these are useful, but there is always the danger that the driver will forget or be in too much of a hurry to set the system. Losing the keys to one of these locks is also a possibility. However, the Carlock website lists other devices that can be helpful. Since 1999, the website notes, most new vehicles have come with an electronic device called a car immobilizer. The electronic devices prevent a vehicle from starting with anything other than the correct key fob. Immobilizers can also be installed in older cars to help prevent them from becoming a target for thieves.

Another way to help prevent thefts is to etch the vehicle identification number (VIN) into various parts of the vehicle, such as the mirrors. Special tools can help with this task. Each vehicle comes with a unique VIN, which helps the police identify a particular one among others. While stolen vehicles can be repainted and reupholstered to keep them from being recognized, having the VIN in several key spots may prevent a theft from occurring, or at least help in the recovery process afterwards.

Special GPS (Global Positioning System) devices are good for tracking down vehicles that have been stolen or are otherwise in danger from thieves. These systems can send notifications if the vehicle is experiencing unusual vibrations, such as when someone gets into the driver’s seat, or if the vehicle is being towed. GPS systems can also help with tracking down a vehicle that has been stolen.

While special electronic and mechanical devices can be very helpful in preventing thefts or in locating stolen vehicles, the simplest techniques can often be the most effective. Keeping track of the vehicle’s keys can often be the most important anti-theft technique. Especially in households where several people use the same vehicle, a set of keys could get lost, or a driver might leave a car key in a pocket of a jacket that gets stolen, giving the thief access to the car. Keeping keys and fobs secure is one way to prevent vehicle theft.

Making the vehicle less inviting is also an important way of preventing theft. Keeping valuables hidden in the trunk or under the seat can keep thieves from breaking in to steal the contents of the vehicle. Making sure that the vehicle is locked when no one is using it can also prevent many thefts. If possible, drivers should try to park in well-lit, safe areas where other people are nearby to help. Avoiding dangerous areas can also prevent carjacking, where the occupants could be seriously injured or killed.

Vehicle theft is an unfortunate fact of life in much of Canada. However, everyone can help keep this crime from happening.