If you were to ask a dozen people how they navigate a route while driving, you might receive some surprising answers. Many people, young and older, rely on computerized systems to help them find their way around areas that are new to them, but paper maps and written or verbal instructions are still useful tools for finding destinations, each with advantages and disadvantages. Choosing the right form of navigation for each trip is important, not just for ease of travel, but also for learning what you need to know for the future.

For many drivers, using a GPS (Global Positioning System) dashboard computer or phone app is the answer to finding unfamiliar places, and it can be very convenient. Some vehicles have these systems built in, requiring users to say or type in their destination. The computer then gives step-by-step instructions for finding the place where the driver wants to go. Yet these systems are not all equal. According to a Consumer Reports study from 2020, drivers were most satisfied with the navigation system in Tesla cars, while Honda and Lexus owners tended to be far more critical.

In some cases, the problem is with programming the systems, such as with the overly complicated menus in Honda’s system, or the overly sensitive and awkwardly placed touch screen in Lexus vehicles. Voice activation also has its problems, as many vehicle owners have found. At other times, the information coming from the systems. For example, a Fast Company article by Meredith Broussard relates the troubles of a Kansas farmer whose location has become the default when a cartographic database fails to find the real answer. In addition, Michelle Lou reported on CNN and elsewhere about an incident in June of 2019, when almost one hundred drivers trying to negotiate their way around construction ended up in a muddy field instead of the airport in Denver, Colorado. 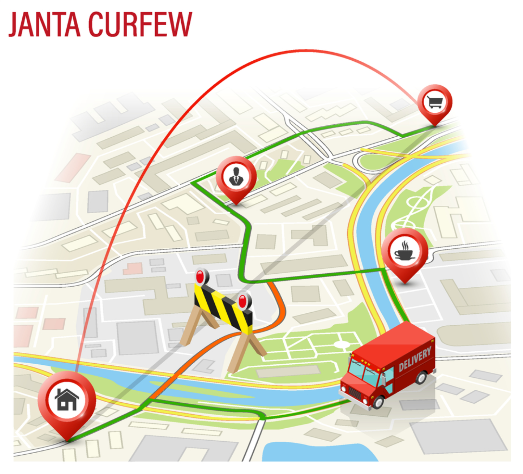 Some trips are very simple, with a distinct purpose at a particular time. For example, you may be invited to visit a place where your friend is staying temporarily, or you might need to get to a conference centre or restaurant in an unfamiliar city. Depending on your preference, you may decide to get verbal or written directions from someone who knows where to go, or you might choose to use a GPS system if it is available in your vehicle or phone. On some occasions, a computer-based navigation system can be very helpful.

However, drivers should be careful not to depend too heavily on technology. An article by New Jersey Popular Mechanics writer and editor Roy Berendsohn states that paper maps have several advantages over computer technology. While computers can fail, paper is always available. Drivers who know how to read maps can plan their own routes instead of depending on an algorithm, and the paper versions are updated often enough to be accurate.

Sometimes, drivers may have no choice between computer-based navigation devices and paper maps. A Fast Company article by Madeleine Broussard describes the habits of an experienced traveller on a journey to Botswana. Knowing that Internet access can be erratic in that country, the traveller planned to use the reliable paper form of navigation rather than one that could fail at a critical moment.

Paper has a further advantage over electronic devices. A Researchgate article on cognitive maps notes that people who use paper maps or written directions tend to develop clear mental maps of new areas. They can make a detailed picture of the area in their minds, which can help them to find their way home if they get lost or locate a better route in case of a problem on the road. For short-term situations like attending a conference in a strange city or visiting a friend at a temporary location, being dependent on a navigational system can work well. Still, people who live and work in a neighbourhood should try as soon as possible to get to know the area.

What information people use to navigate a new route depends on the person and the situation. A study by Ariane Tom and Michel Denis published as part of the International Conference on Spatial Information Theory assessed people’s use of street names on one hand or landmarks such as bridges, tall buildings, or distinctive colours on the other in both giving and receiving directions.

In one test, people giving directions to a location tended to refer both to street names and landmarks. For the recipients of the information, landmarks were generally more effective than street names in finding a specific location. In a second experiment, speakers tended to give more landmark than street information. In daily life, both types of information are important.

Knowing how people process information can help designers of computerized navigational systems or paper maps decide what information to include in their products. Navigating by landmarks is much easier in urban settings than in rural areas where distinctive landmarks are few and far between. Still, even maps covering very large areas tend to include mountains, rivers, and lakes to help give drivers a sense of where they are.

People have different habits and preferences for how they navigate while driving. If a passenger is in the vehicle, that person can help read maps or deal with programming the destination into a GPS computer. Planning the method of navigation before starting a trip is important for any driver venturing out on an unfamiliar route.

Having a backup plan is also wise, in case the GPS computer fails or the wind blows a paper map out of the driver’s hands. Stopping a person on the street or going to a farmhouse to ask for directions is always an option, but this tactic may be unsuccessful if the person does not have the necessary information. Being able to use a combination of navigational techniques can help. Navigation is a vital part of any trip, however short, and drivers should consider it an essential skill for operating a vehicle on the road.