Animals on urban and rural roads

Animals on urban and rural roads

Suppose that you are driving down the road when the vehicles in front of you stop to let some small jaywalkers cross. Then you see that these are not ordinary jaywalkers; they are Canada geese, opting to walk across an urban road instead of flying. On another occasion, perhaps a mother deer dashes across the street and then turns to wait for her fawn to follow her.

People tend to think of wild animals on the roads as a countryside issue as it often is, indicated by the yellow signs warning drivers to watch for deer and other large animals crossing the road unexpectedly. According to the Ontario Ministry of Transportation’s website, crashes between vehicles and animals increased forty-three percent between 1999 and 2008, going from 8964 to 12,791. Most of these crashes involved moose or deer, and many of the collisions went unreported.

The Wildlife Roadsharing Resource Centre website notes that road fatalities due to vehicle-wildlife crashes are highest in summer and fall, with collisions increasing as the days get shorter. Most accidents happen between 9 p.m. and midnight, with 9 a.m. to 3 p.m. having the fewest accidents. Quebec has the most fatalities, followed by Alberta and Ontario.

Being on the roads with animals takes planning, alertness, and quick reflexes. Animals tend to be quick and their movements unexpected. Some are solitary, while others travel in herds.  If drivers understand the habits of animals, they can more easily avoid problems on the road.

Although animals can be on the road at any time, they tend to be the most active between dusk and dawn, just when it is hardest for drivers to see much of their surroundings. However, drivers need not be taken entirely by surprise when animals cross their path. Diamond-shaped yellow signs on highways warn of areas where deer and other large animals tend to cross, and vehicle headlights can often pick up the shining of an animal’s eyes at night. With herd animals like deer, it is also best to assume that if one animal crosses the road, others will follow.

Deciding whether to swerve away from an animal or to continue driving straight ahead and risk hitting the animal can be difficult. Part of the issue is that both of the options open to drivers in these situations can be equally dangerous. If drivers swerve to avoid an animal on the road, their vehicles might roll over into the ditch or crash into oncoming traffic. On the other hand, colliding with a 600-kilogram moose with large antlers is likely to be fatal for occupants of an average car, although the driver and passengers in a large truck are more likely to survive.

Colliding with smaller animals like rabbits and raccoons is unlikely to cause a major accident, but no one wants to crash into a skunk, and even other animals can cause a great deal of damage. If drivers are sure that they can do so safely, they may wish to avoid these smaller animals, as well as the larger ones. For people who love animals, even an unavoidable collision with one of them can be distressing.

Many drivers’ first instinct is to avoid hitting animals, whether that involves wildlife or pets. If it is safe to do so, that is a good practice. In a 2017 CBC article, David Burke notes that species like snapping turtles, bald eagles, bobcats, and bears are being driven close to extinction because of collisions with vehicles. Many of these animals are vital to our ecosystem, and the natural world could be in serious jeopardy without them.

Although avoiding a collision with another vehicle, a bicycle, or a pedestrian should be a driver’s first priority, it is important for everyone’s future that these wild animals be preserved if possible. Although the decision of whether to swerve or to run over an animal has to be made in an instant, making a general decision beforehand can help. 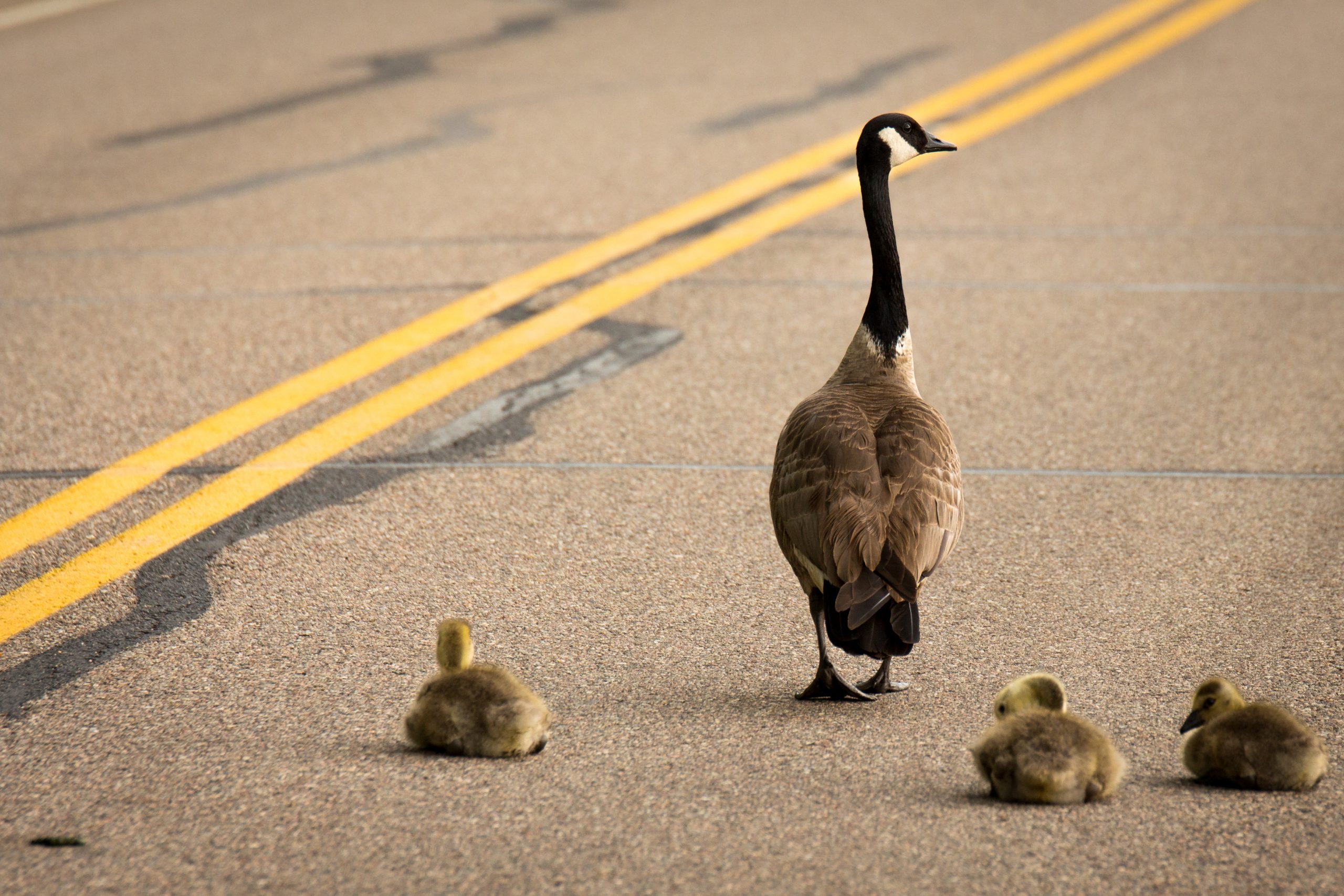 The issue of animals on roads in cities or towns is somewhat different. Although some neighbourhoods may have numerous deer, larger animals like moose or elk are unlikely to venture far into city limits. Still, deer or large dogs can seriously damage a vehicle, and the impact can cause injuries. With family pets, the question of the owners’ distress can prompt drivers to swerve or stop abruptly rather than hitting the animal.

The number of animals on the streets can vary substantially day to day and from one neighbourhood to another. Deer tend to gather in areas near parks, especially in relatively wild areas. Squirrels and birds gather in areas with trees, and rabbits gather in gardens and fields. Sometimes, foxes and other animals make their homes in urban areas, as well. 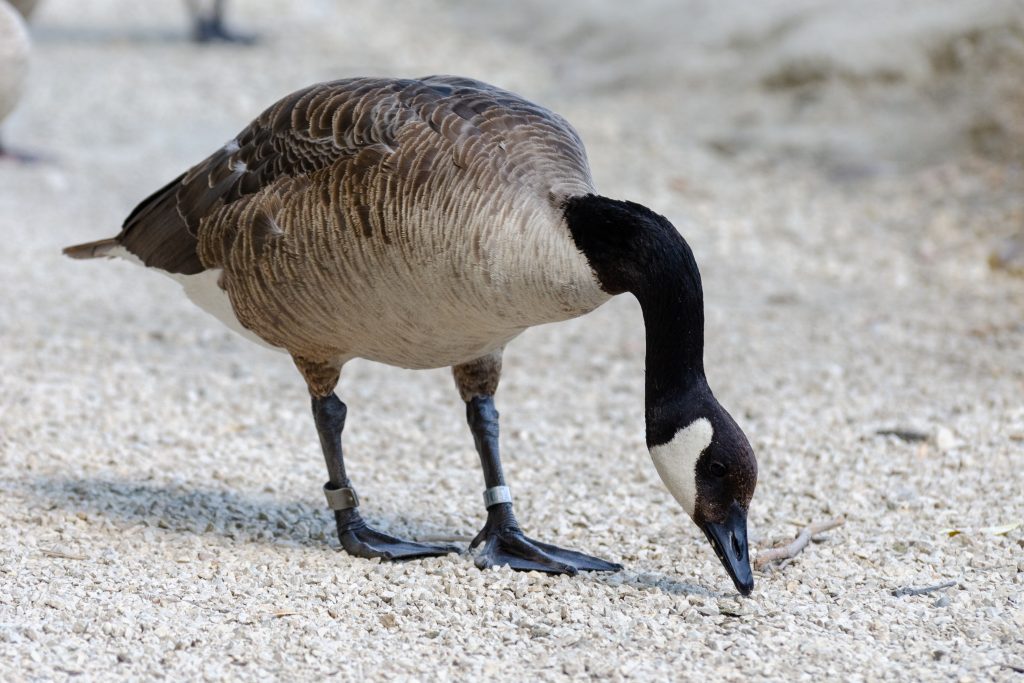 Animals can often take advantage of changes in human behaviour. A CBC article from April 5, 2020 describes some of the ways that animals took advantage of the COVID-19 lockdown. Wild boars and foxes in Israel, Kashmir goats in Wales, and a puma in Santiago, Chile are some of the animals that have made their way into cities while the people were staying inside to avoid infection from the virus.

Christine Dell’Amore, in a National Geographic article from April 2016, notes that an estimated six billion people will live in cities by 2045, and animals will adapt to a new lifestyle. They could learn to eat from garbage cans like raccoons already do, and they could be even more visible than they already are. With even less wild space ever before, humans and animals will need to find a way to coexist.

Living with an increased number of animals could be especially challenging on urban streets, particularly in stormy weather or after dark. As more animals move to the cities to find new homes, people will need to be more careful than ever on rural and urban roads. The animals are an integral part of the world, and people need to find ways of dealing with the new situations as they arise. The lives of both people and animals may depend on it.