Difference Between a Highway and Freeway

Difference Between a Highway and Freeway

Some roads are made for driving slowly, watching for pedestrians and being sure to stay within a low speed limit. Others, like highways and freeways, are designed for high speeds that help to get people to their destinations quickly. Highways and freeways are both useful for drivers who want to get to their destinations quickly, but they require somewhat different skills. Knowing the best way of negotiating the speeds and traffic on these roads can help drivers make use of their benefits.

The Canadian Oxford Dictionary defines a highway as a “main road, especially one between towns and cities.” A freeway, according to the dictionary, is equivalent to an expressway, which it defines as a “highway for fast-moving traffic, especially in urban areas, with limited access and a median dividing opposing traffic.” These definitions indicate that highways and freeways, although they have much in common, are different from each other and frequently require different skills.

The Canadian Oxford Dictionary defines a highway as a “main road, especially one between towns and cities.” A freeway, according to the dictionary, is equivalent to an expressway, which it defines as a “highway for fast-moving traffic, especially in urban areas, with limited access and a median dividing opposing traffic.” These definitions indicate that highways and freeways, although they have much in common, are different from each other and frequently require different skills.

The Ontario Ministry of Transportation website notes that a freeway, or expressway, is a multi-lane road where vehicles travel at high speeds. Ramps lead up to the freeway, which has a barrier of some kind in the middle to separate the traffic going in opposite directions. Freeways have no intersections or traffic lights, and pedestrians and cyclists are not allowed. Drivers with Class G1 licenses are allowed to drive on freeways only if they are accompanied by a licensed driving instructor.

Freeways normally have several lanes going in either direction. High Occupancy Vehicle lanes on the left are reserved for vehicles with a set number of people inside. Markings on the pavement and signs by the side of the road indicate where these lanes are and the requirements for the number of people who should be in the vehicle to qualify for driving in that lane.

Entering a freeway is a two-part process. Each freeway has a number of entry and exit ramps, with the entrance ramps leading to acceleration lanes. On high-speed roads like freeways, it is important not to impede traffic, which could cause accidents, besides frustrating drivers who are already on the road. After signalling, drivers should use the acceleration lane to reach a speed as close as possible to the flow of traffic. That way, when the vehicle enters a lane, it will not force anyone else to slow down substantially. Often, drivers already in the right lane will move over to allow newcomers in, but drivers should not assume that this will happen.

Most freeway entrances come from the right side, since they might otherwise interfere with traffic going in the other direction. However, drivers should be especially careful in the few places where the entrance ramp is on the left side, as they will then be entering traffic in the fastest lane. By looking for a large gap in traffic and using the acceleration lane to its full advantage, drivers can enter the flow of traffic without too much trouble. However, inexperienced or especially timid drivers should probably avoid these spots if possible and find a different place to join the freeway. 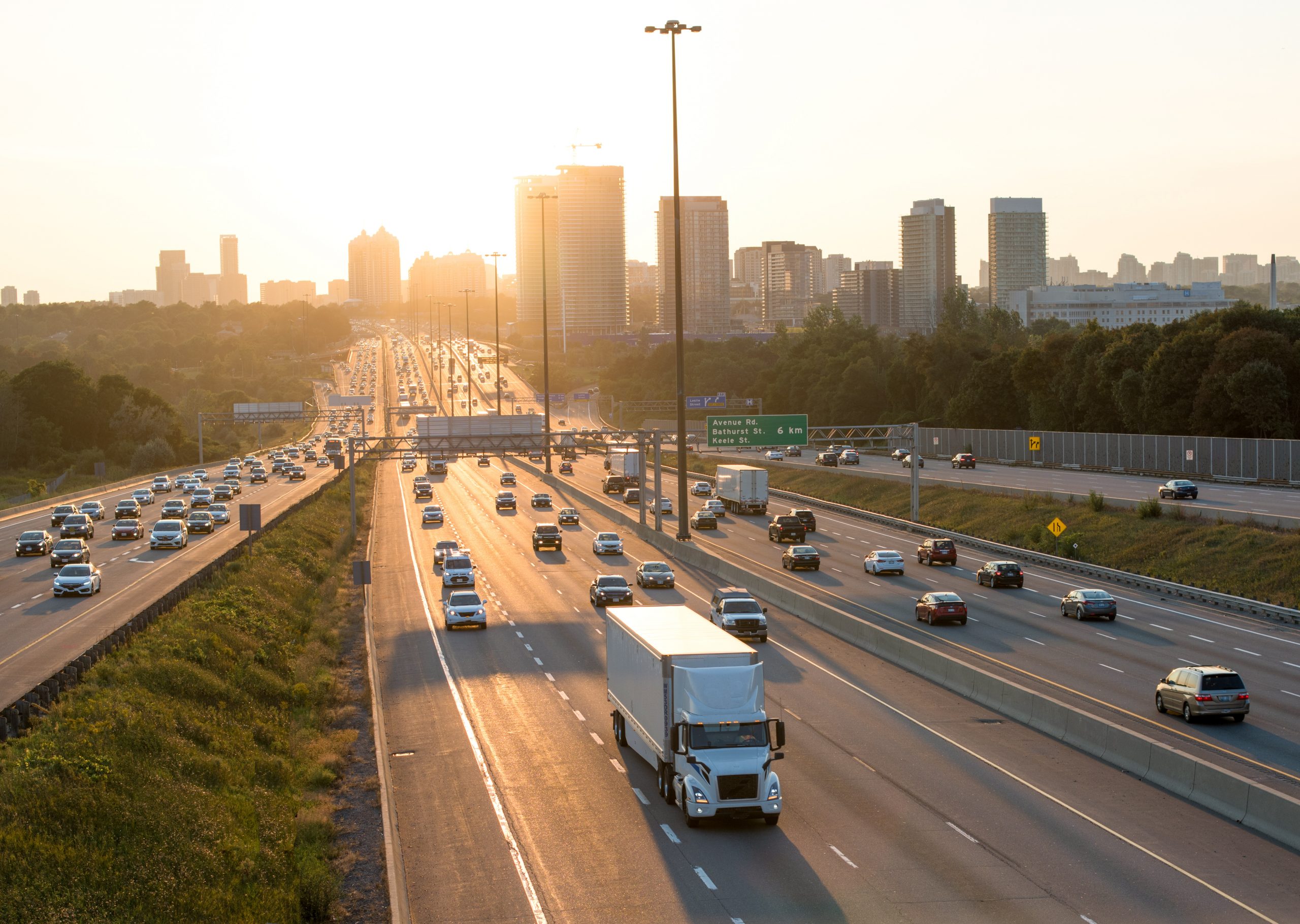 After entering the freeway and accelerating to the right speed, drivers can concentrate on the task of operating a vehicle under the conditions that they encounter. Ice, snow, rain, and fog can be problems, as on any other roads, and drivers should match their speed to the conditions. Although pedestrians and cyclists are not a factor, drivers still need to watch for other motorists and potentially for animals on the road.

Scanning for signs is also essential. Unless the route is very familiar, the driver should also look for speed limit signs, route signs, and other informational markings that could help make the trip as smooth and easy as possible. Watching for construction signs or accident sites can also help make the drive smoother and less stressful. In general, the right lane is for slow-moving traffic, while the middle and left lanes are for passing, except where a lane is designated for high occupancy vehicles.

Leaving a freeway is much like entering one, except in reverse. Normally, a sign at the side of the road will give the name or number of the exit. A deceleration lane at the side allows the driver to signal a turn, pull out of traffic into the deceleration lane, and to slow down enough to manage the exit safely.

These exits can sometimes have quite sharp curves, and it is important to take note of any speed signs posted along the way. Although they are normally recommended speeds rather than absolute limits, they are based on recommendations from experts about the speeds that they consider to be safe. If a traffic light or stop sign follows soon after an exit, slowing down quickly but smoothly is especially important. Also, if drivers miss one exit, they should continue on the next one rather than trying to stop and back up.

Highways in Canada can vary considerably in terms of design and size. Some are merely two-lane roads with yellow lines in the middle indicating the division between the two directions of traffic. Others, however, have large boulevards between the two sections, with an occasional opening for drivers to turn around or to come in from side roads.

Highways have no High Occupancy Vehicle lanes, but traffic is generally expected to stay in the right lane except when turning or passing another vehicle. Other than the speed, highway driving can sometimes be easier than city driving. 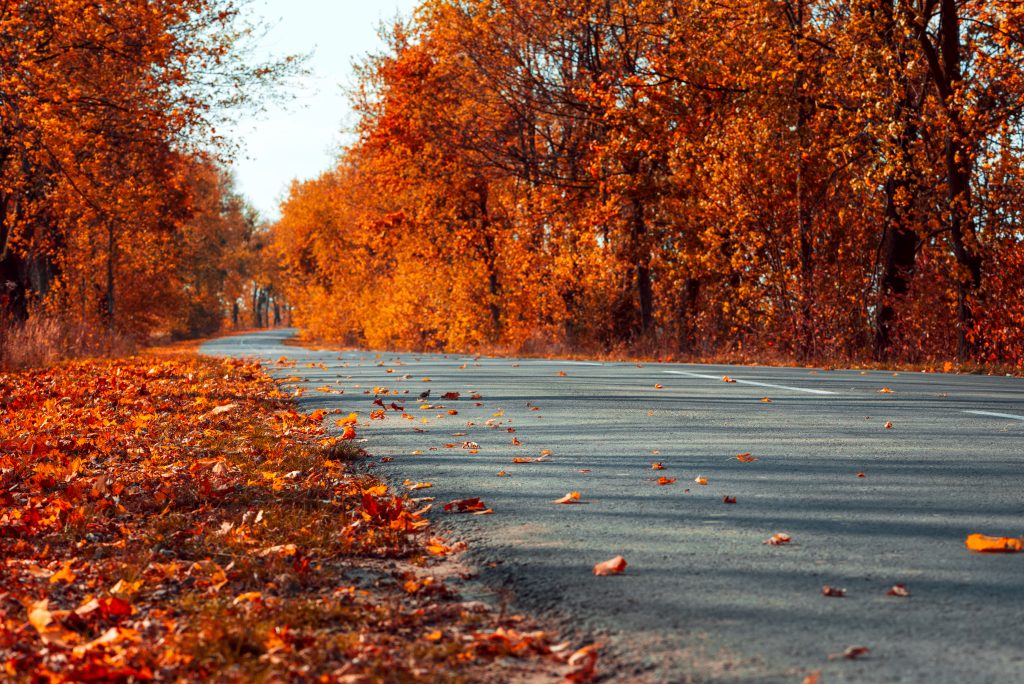 Learning to drive on freeways and highways can be difficult, but it is necessary in many parts of the country. Developing the skills for this type of driving is useful for anyone.