People in much of Canada know that driving away in a vehicle can take several minutes longer in winter than in summer. Besides the task of brushing snow and scraping ice off of the windows, drivers often need to use the vehicle’s defrosters, also known as defoggers. These devices help to keep the windows clear when the temperatures drop, helping the driver to navigate the road safely.

Frost, ice, and fog are common in cold or humid weather because of the effect on condensation on the windows. As the Autoblog website notes, condensation happens on the windows when the outside air is cooler than the air inside the vehicle. Even after standing for hours, the inside of a vehicle is normally warmer than the cold outside. Moisture landing on the windows turns into frost or mist. This kind of misting can also happen inside the vehicle with the moisture from people’s breath or wet hair.

Dangers of Frost and Fog 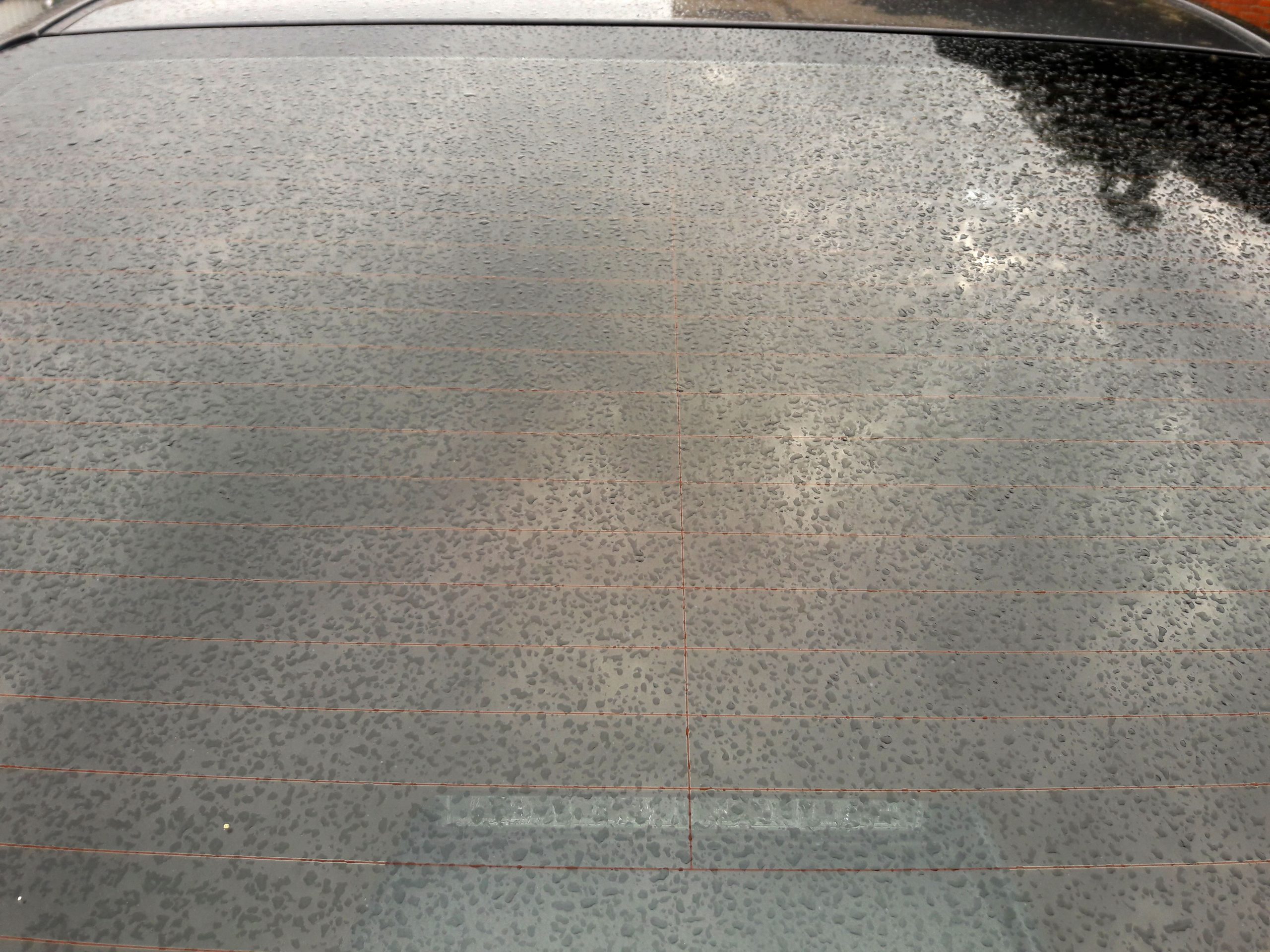 Frost or mist on the windshield can be a problem for drivers. Looking through obscured windows can cause drivers to miss important features of the road, making them a danger to other road users around them. The Ontario Ministry of Transportation recommends clearing all snow and ice from windows, lights, outside mirrors, and the roof of the vehicle before starting out. Clearing snow off the roof and possibly the hood and trunk is important as the motion of the vehicle can create a wind that blows the snow onto the windows, thus reducing visibility.

Even with the snow and surface ice gone from the windows, visibility in winter can be limited because of ice and fog. However, all vehicles have defrosters that can help get rid of this frost and mist, whether these defrosters use the vehicle’s own heating system or are specially installed for a particular purpose.

As the Lifewire website notes, all defrosters or defoggers come in one of two basic types. The first uses the vehicle’s own heating system to blow warm air onto the windows. Normally, this air has gone through a dehumidifying process before circulating through the vents. Most vehicles have a set of vents directed at the windshield, in addition to several other vents. Thus, a strong blast of air goes where the driver needs it the most.

However, the side windows also receive some of the air so that the driver can also perform effective shoulder checks and complete other aspects of the usual driving process. Normally, vehicles have several adjustable vents. Drivers and passengers can open these vents and change the direction they face for the maximum effect on clearing the windows.

The second type of defroster or defogger uses a system called resistive heating, which involves a series of electrical wires embedded horizontally in the glass. Inside the vehicle, often on the dashboard or on the floor by the gearshift, is a button with wavy lines and an arc or triangle. This is the rear defroster button, which turns the wires on and starts the defrosting process. First the areas along the wires defrost and then the rest of the window clears. Normally, this system is only in the back window, although it can theoretically be installed in any of the vehicle’s windows.

An electrical defroster system can take several minutes to warm up and to clear the entire window, and drivers should remember to set this system going as soon as possible. The next step is to brush loose snow off of the window. However, drivers should not scrape the window to remove ice as this can damage the wiring and make the system ineffective. Once the surface snow is off of the back window, the driver should wait until the defroster clears the ice away. This can take several minutes, depending on the outside temperature and the thickness of the layer of ice, but it is best to wait until the process is done due to the dangers of reduced visibility through a frosty window. 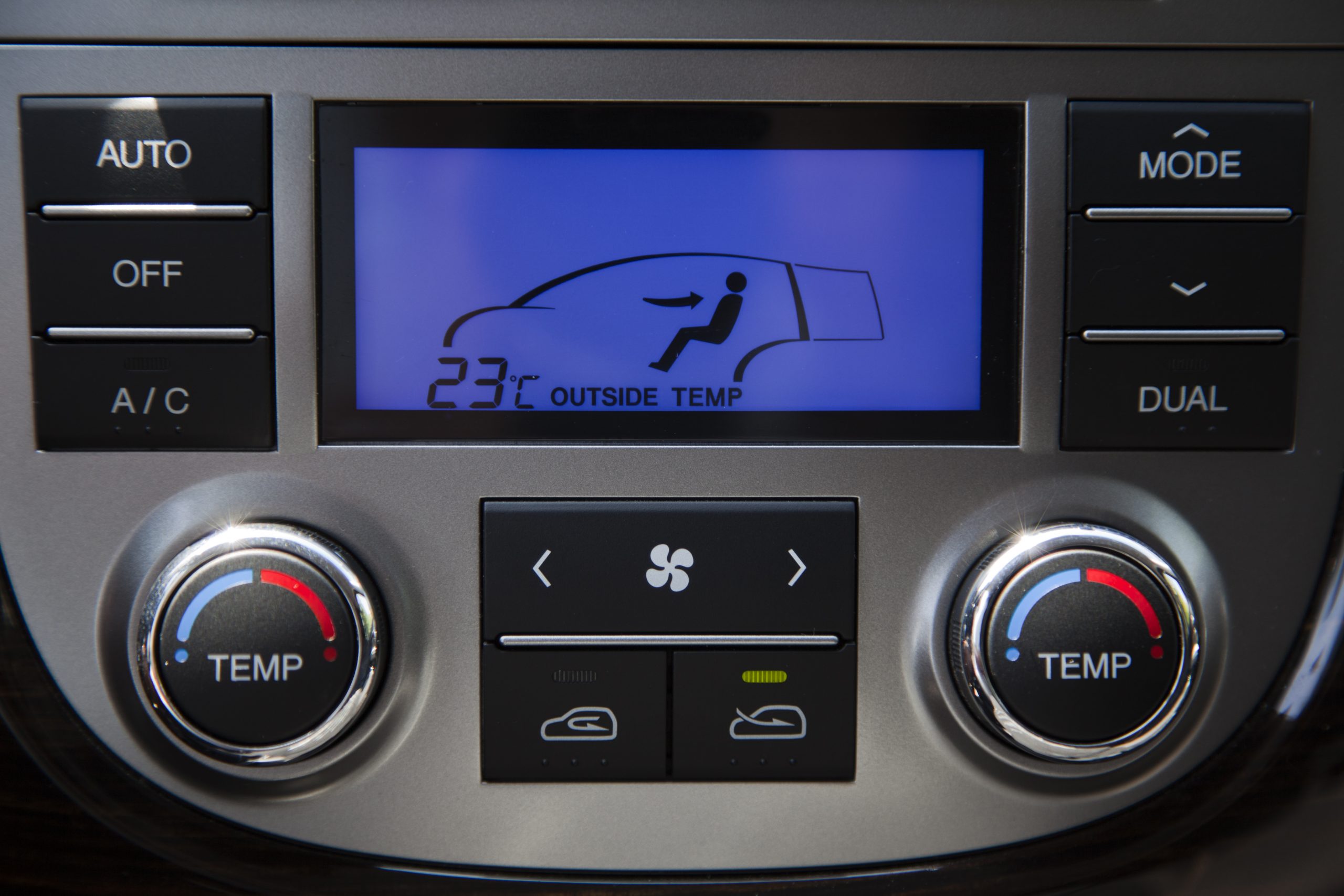 Turning the Defroster Off

Turning down the fan for the main heating system may cause the windows to begin fogging up again, but usually another minute or two of higher heat will help to keep the windows clear. Depending on the outside temperature and factors inside the vehicle, such as the number of people breathing out warm air, the driver may need to do this several times or not at all.

Having the rear defroster on for the entire trip would seem like a good idea, especially since it has no effect on the heat within the vehicle. However, as the Mechanics StackExchange blog notes, most vehicle manufacturers have programmed the defroster to turn off automatically once the back window is clear. This helps to reduce strain on the vehicle’s electrical system and can potentially cause the system to wear out quickly. Keeping it on only when necessary will help keep the vehicle running smoothly and the defroster in good working order.

Winter is not the only time when the defrosters and defoggers are useful. On cool mornings in spring, summer, or fall, the defroster can be useful for getting rid of the light condensation that might cover the window. Even the back defroster might be necessary to help clear the window and help the driver back up safely. Although defogging the windows is unlikely to be necessary for most daytime hours, the cooler hours of the early morning and late evening, as well as night, could be different.

A vehicle’s defrosting and defogging system is a very useful feature, especially for cold or humid weather. All drivers should know how to use the buttons and fans to help keep the vehicle’s windows as clear as possible.