When vehicles are driving by at high speeds on the road, surprises are not a good thing. Seeing what is ahead and being seen by other drivers can help road users to travel safely. For that, vehicles need lights that work for both day and night. Knowing how these lights work is important for all drivers so that they can help to keep the roads safe for everyone.

Anyone looking at the vehicles driving along Canadian roads can soon see that every vehicle has a set of lights on, even in bright sunlight. These running lights are a requirement for all vehicles manufactured or sold in Canada since 1989, as Eric Lai notes in a March 2016 article in The Star. As the name implies, running lights turn on when the driver starts the ignition and stay on as long as the vehicle is running. 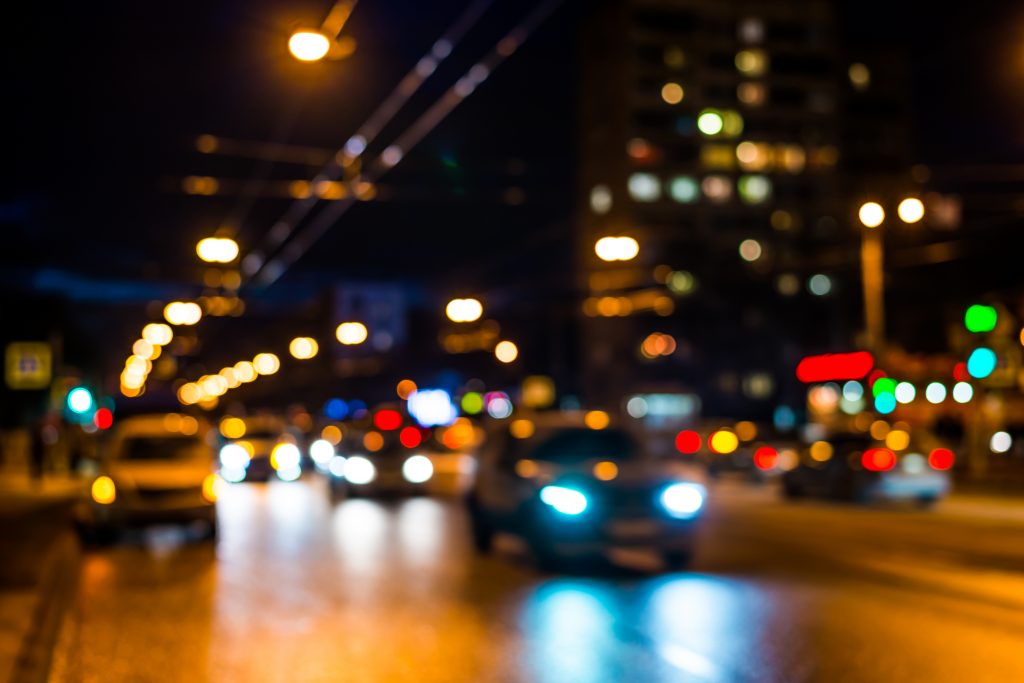 Although daytime running lights are not sufficiently bright to act as headlights, they make vehicles somewhat more visible, helping to reduce the likelihood of an accident. According to a report from the Minnesota Local Road Research Board, running lights can reduce accidents by five to ten percent. The number is relatively small, but even a slight reduction can be helpful, especially for the people whose lives are affected by a crash.

Ontario’s Ministry of Transportation handbook notes that daytime running lights turn on automatically and are designed to make vehicles more visible. They may be connected to the headlights or can sometimes run through an entirely different set of wires. The handbook also notes that headlights are required for the time between half an hour before sunset and half an hour after sunrise.

Many vehicles have an “auto” setting for headlights that senses the amount of light outside and will turn the lights on when it becomes necessary. This applies not only to nighttime driving, but also to any other conditions that call for better visibility. For example, fog, snow, and intense rain can make it difficult for drivers to see, and running lights are unlikely to be bright enough for drivers to navigate the roads safely.

In vehicles without the “auto” settings, drivers must remember to turn the lights on and off manually. Remembering to turn the lights off is as important as turning them on, since the lights will not shut off otherwise and can drain the battery. After an evening of visiting friends or going to an event, coming back to a non-functioning vehicle is not a pleasant experience.

Changing regulations are coming soon for new vehicles in Canada. According to the Transport Canada website, rules coming into effect in September 2021 state that all new vehicles will be required to have tail lights connected to the daytime running light system, as well as headlights, tail lights, and side lights that automatically turn on after dark. In addition, new vehicles will have dashboards that remain dark until the driver turns on the lights.

Even with these changes, drivers should still know how to use their lights for the best visibility. The two main settings that people need are low beam and high beam (or “brights”). Controls for headlights are usually on a knob by the steering wheel. In these cases, the first setting is normally “auto,” the second is for low beam, and the third is for high beam. In some vehicles, the high beams may have a separate control button.

The appropriate setting for headlights depends on the situation. High beams allow drivers to see significantly farther than low beams, but they can be blinding for drivers coming from the opposite direction. Drivers generally use high beams only on highways, and even then, they are expected to switch to low beams within 150 metres of an oncoming vehicle or 60 metres of a vehicle going in the same direction. Otherwise, drivers may be unable to see and could easily crash. 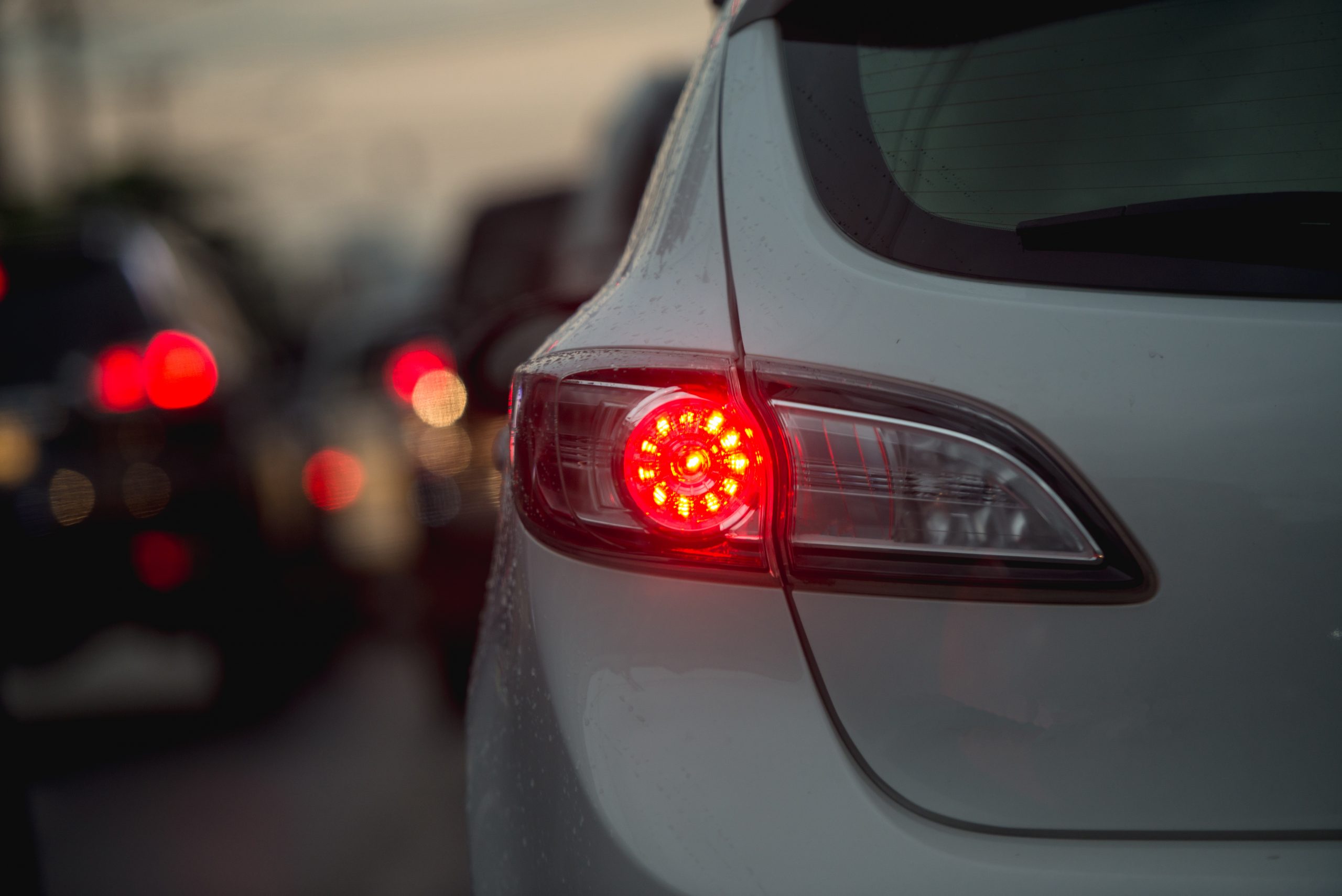 In urban areas, low beams are the only lights that drivers need or are allowed to use, due to the chance of blinding other drivers. Streetlights are bright enough for low beams to help drivers see, while high beams are normally unnecessary, even on the darkest roads. Even in thick fog, low beams are best because high beams can reflect off the water particles and make it difficult for the driver to see. Low beams, in contrast, concentrate light low enough to the ground to cut through the fog and give drivers a better view of the road.

In situations with low visibility, such as in thick fog or storms, drivers might be tempted to use their hazard lights, which are controlled by a button normally located on the dashboard. Hazard lights are four flashing orange lights, two at the front and two at the back of the vehicle. As the Wheels.ca website states, the only use for these lights is for emergency situations, such as when a tire suddenly loses pressure, making it necessary for the driver to move over to the side of the road.

Using the hazard lights make it impossible for the driver to use any turn signals, and people should use them only in emergencies. If something suddenly goes wrong with a vehicle, the driver can activate the hazard lights and then pull over to the side of the road. On highways or other high-speed roads, keeping the hazard lights on until the problem is solved can be a good idea, but drivers should be careful not to overuse these lights as they can distract and confuse other vehicle operators going by.

Maintaining a vehicle’s lights is essential for safe driving. It is important to check the lights regularly to ensure that they are working properly and to replace any bulbs that burn out. Keeping them clean and free of snow is also essential for visibility. Even a small amount of snow or dirt covering a light can greatly decrease its usefulness. With proper maintenance and care, however, lights can be very useful for the safe operation of a vehicle.