Driving can be tiring, especially on long trips. When people have to watch for other vehicles and pedestrians, keep the vehicle within its lane, and pay attention to everything else that could affect them, they can easily forget to check the speed at which the vehicle is going. On long trips, holding down the accelerator just the right amount can also be very tiring. However, many vehicles come with cruise control to help drivers maintain a steady speed over long distances. 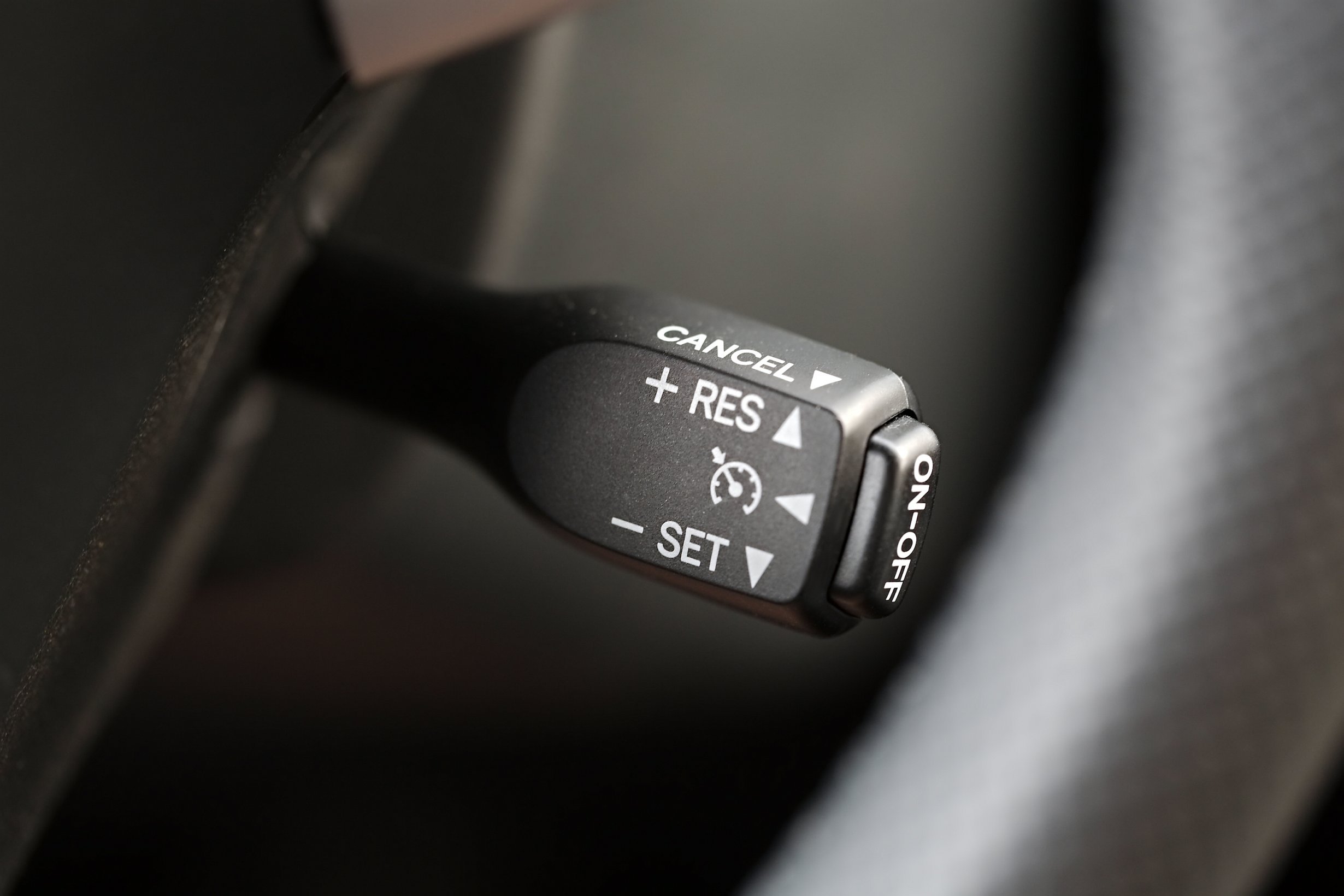 As the name implies, cruise control helps to maintain a vehicle’s speed. Normally, these systems work with knobs or buttons on or near the steering wheel. The driver first turns the system on and then presses another button or turns a knob to set the system at the correct speed. The driver can then stop pressing the accelerator and instead concentrate on other aspects of safe vehicle operation. Drivers disengage cruise control by pressing the brakes and can normally resume the previous setting by turning a knob or pressing a button.

Traditionally, cruise control has been most useful on highways or other roads with long distances and few stops along the way. On these roads, the speed limits tend to stay the same for many kilometres, and few pedestrians or other road users are likely to cross the road in front of a vehicle on cruise control. Drivers could choose the speed they wanted with little concern about having to reset it very frequently. For city driving, however, cruise control was often too much trouble to be worthwhile using. 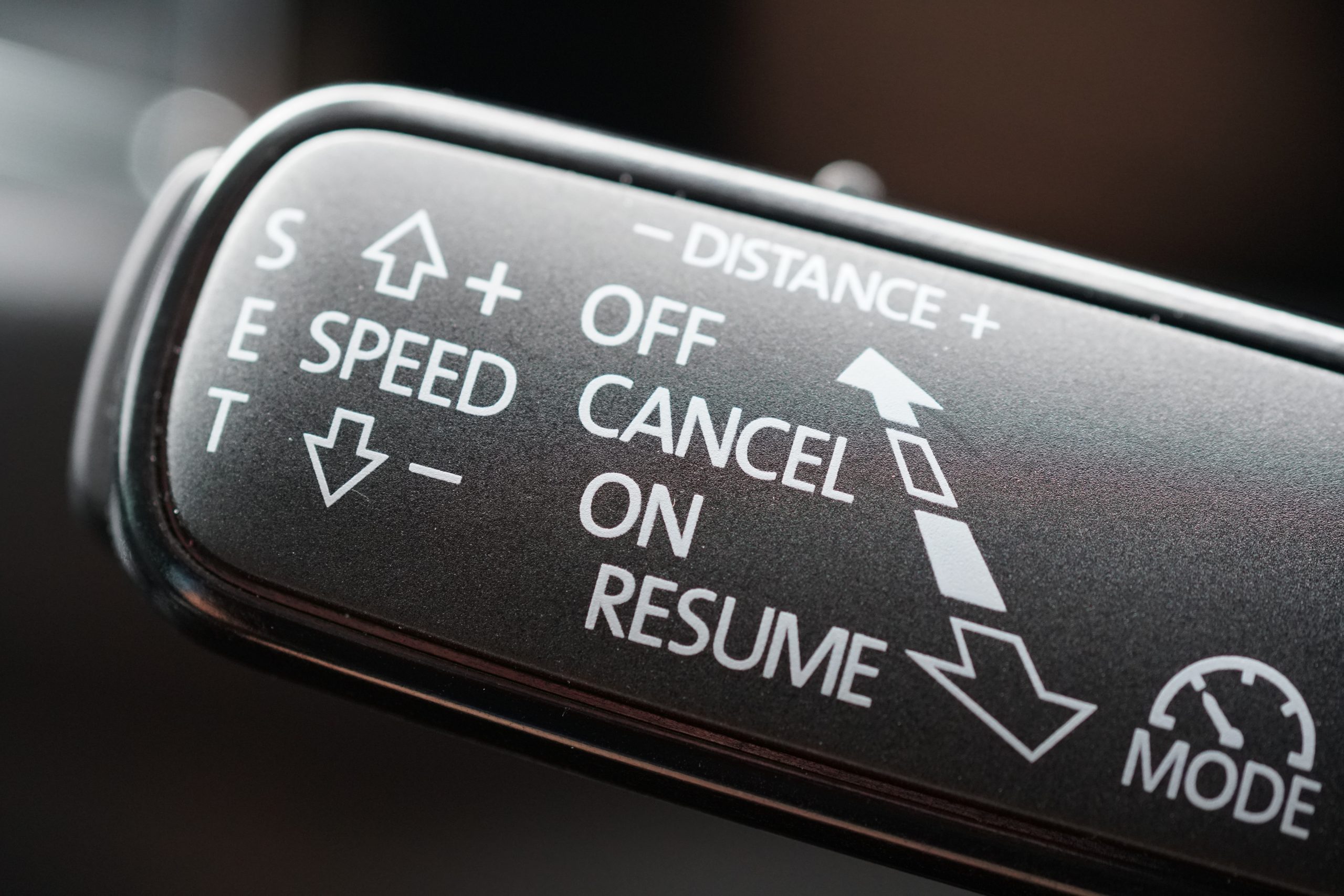 Even with the advanced technology in cruise control systems, the weather can cause major problems for their functions. Experts advise drivers not to use cruise control on wet or icy roads because of the possibility of skidding and being unable to react quickly. The extra second or two that it takes for the driver to brake and regain control of the vehicle could be enough to cause a crash. 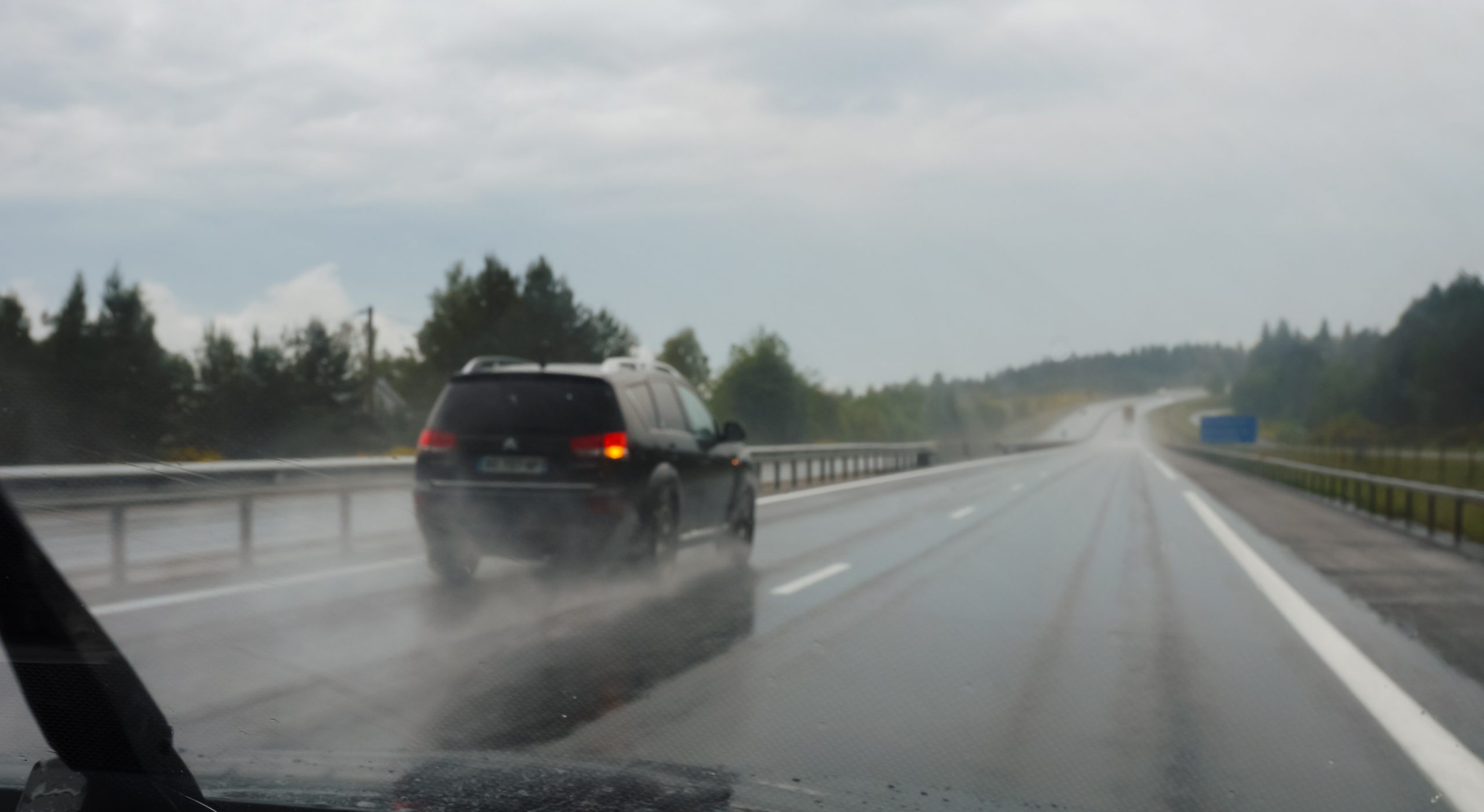 Ice, snow, and rain could also cause problems, especially for the possibility of a city version of cruise control. Water droplets and frost can obscure the images that the system receives, making the information inaccurate. Without accurate information, the system can no longer work properly. As technology improves, researchers may be able to deal with this problem, but so far, the cruise control systems are still unable to work properly in stormy weather conditions.

As the Ontario.ca website notes, cruise control can help with fuel economy while preventing drivers from exceeding the speed limit. However, drivers who are fatigued should not use cruise control unless it is necessary. Without even the small task of pressing on the accelerator, drivers are liable to fall asleep at the wheel or to miss signs of danger. Drivers should be alert at any point that they get behind the wheel, but cruise control can give them a false sense that they are managing their fatigue. If they are still required to press on the accelerator to keep the vehicle moving, even that small amount of action can help them to stay alert to any changes in their ability to drive.

When it works properly, cruise control is a useful feature that can help make driving easier. An August 2019 Consumer Reports article notes that owners of vehicles with adaptive cruise control were generally very happy with this feature, regardless of the particular type of car they drove.

Sill, a January 2016 AutoBlog post notes some of the problems that can occur with cruise control features, especially when the switches and wires begin to wear out. Sometimes, the system fails to disengage when the driver presses the brake pedal, while at other times, it can disengage itself occasionally so that the driver must reset it manually. Hissing sounds coming from under the dashboard could also be signs of problems with the cruise control system.

A failure in the cruise control system can potentially cause a major accident, but it is more likely to be annoying and possibly disruptive to other drivers. When vehicles are travelling at highway speeds, it can take other drivers by surprise if another vehicle does not maintain a relatively constant speed. Similarly, if adaptive cruise control for cities becomes popular but fails to adjust to traffic reliably, it could be hazardous for many road users, including the driver of the vehicle. Still, a good cruise control system can make driving easier for everyone on the road. 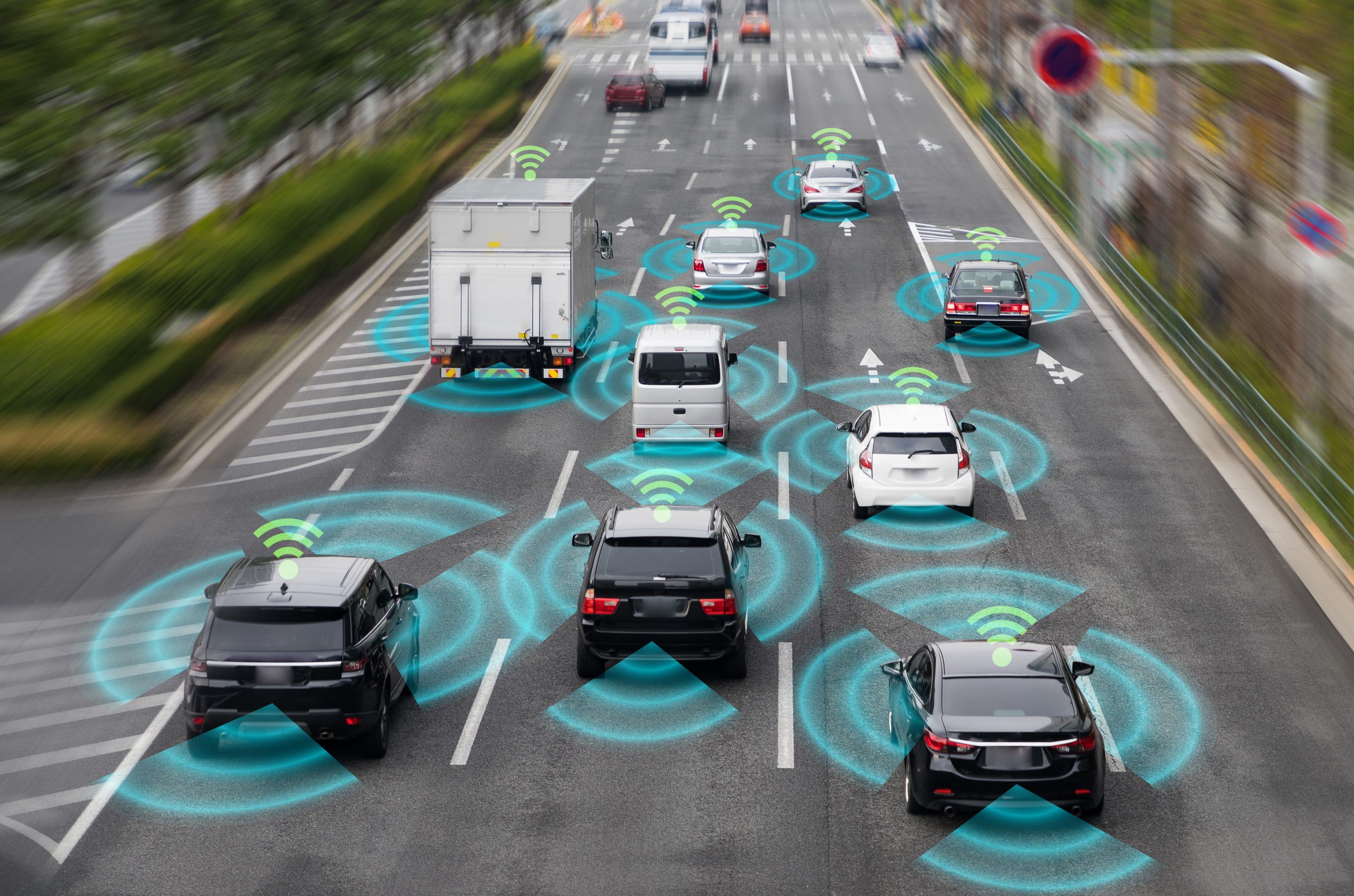 The Future of Cruise Control

Cruise control was once a luxury, and most drivers had to try to maintain a steady speed just through adjusting their foot pressure on the accelerator. Although cruise control makes that aspect of driving much easier, it is still important for drivers to pay attention to the road and to how they drive.

Whether in the city or the country, drivers need to maintain a steady pace that keeps up with traffic while staying within the speed limit. Despite the challenges in reliability, cruise control has become a very important factor in making driving safer and easier than ever.