When winter turns to spring or fall turns to winter, drivers know that they might have to face one of the most difficult weather-related challenges: freezing rain. This weather phenomenon can be dangerous as it combines ice and rain. However, drivers may not realize that rain itself can also be a significant hazard. Learning to deal with the different amounts of rain that Canada can receive will help drivers deal with difficult and potentially hazardous conditions. With care and the use of special driving techniques, operating a vehicle in the rain can be quite safe and stress-free.

Driving freezing rain can be dangerous, as vehicle tires lose much of the traction that they normally have. According to a Global News report from December 2019, for example, freezing rain that had fallen one night caused almost 30 collisions in the Greater Toronto Area. As dangerous as this type of weather can be, however, it is not necessarily the most hazardous.

Part of the problem comes with people’s expectations for road conditions. In winter, all drivers know that they must take extra care to deal with the slippery roads. Even if some of them fail to act on that knowledge, most drivers realize the dangers and act accordingly. In contrast, when summer comes, drivers feel that they can relax and drive with less care than they did earlier in the year.

However, rain can be an unexpected problem. As Derek McNaughton notes in his Driving.ca article on tips for driving in the rain, water on the road reduces friction between a vehicle’s tires and the pavement. Slowing down in heavy rain is an important safety measure to keep drivers from losing control of their vehicles. 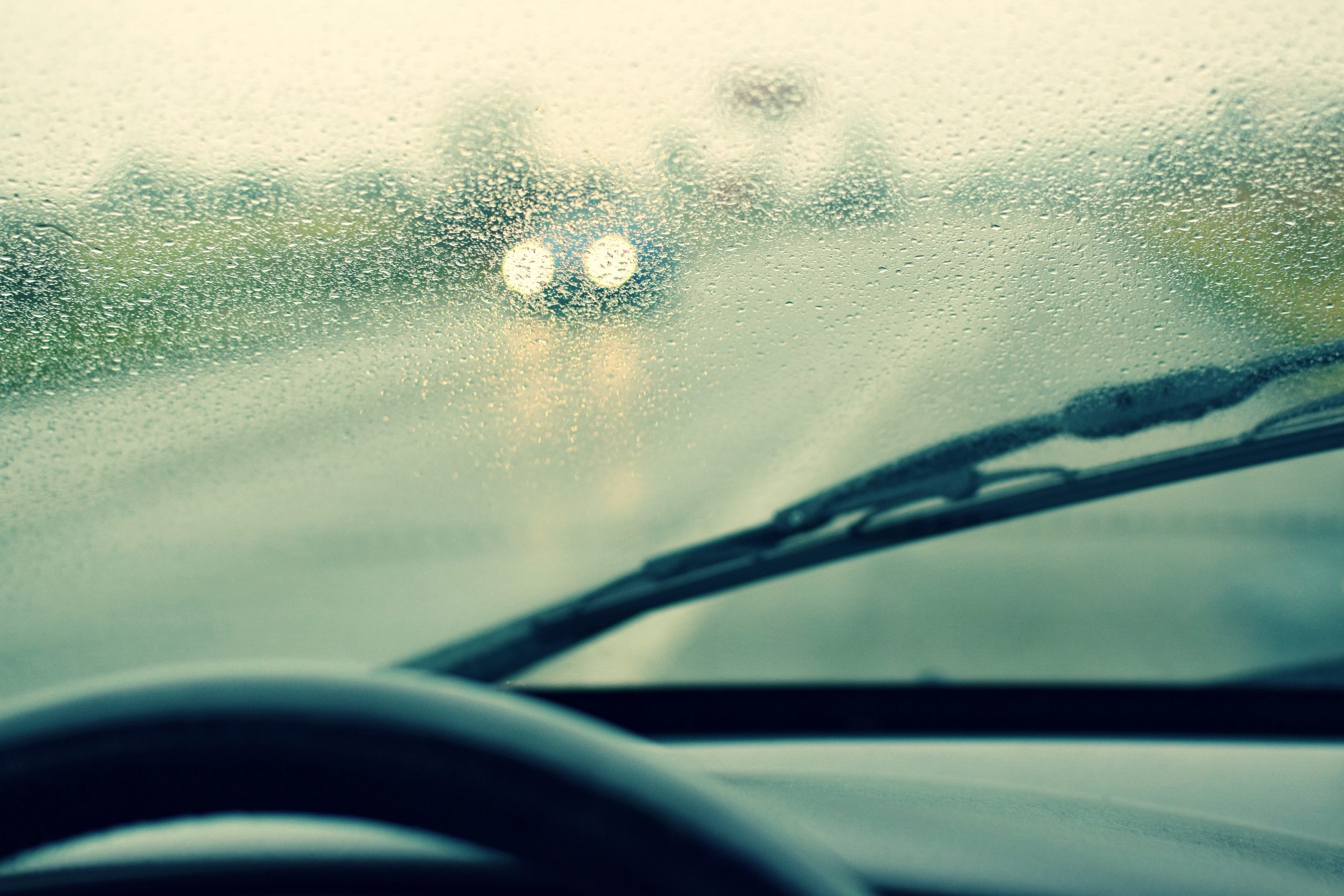 Visibility can be a major issue in the rain as drops of water land on the windshield and obscure the driver’s vision. Although heavy rain is the worst in this regard, even a small amount of rain can be problematic as refraction from the water can distort what the driver sees. Just as people’s eyeglasses need cleaning to stay clear and allow the wearer to see out of them, the windshield should be as clear as possible to allow drivers to see as much as possible of what is around them.

When rain starts to fall, drivers should be sure to turn on their windshield wipers to the setting appropriate for the level of rainfall. For a light rain, the intermittent setting should be sufficient, but heavier rain will require faster settings to wipe away the water quickly enough to give the driver a good view of the road and any possible hazards that could endanger road users.

One of the most frightening hazards of driving in the rain is hydroplaning. When rainwater mixed with oil from passing vehicles and dust from the air covers the road, tires can no longer make contact with the road and a vehicle can begin to slide along the surface of the water. This is called hydroplaning, and it can cause vehicles to slide off the road or crash into other vehicles unless drivers are able to respond quickly and calmly to regain control of their vehicles.

When a vehicle starts to hydroplane, it may slide around erratically, while the steering wheel will stop functioning properly. When that happens, the driver should immediately but slowly begin releasing the accelerator to allow some of the vehicle’s weight to move to the front of the vehicle. While looking towards a safer spot on the road, the driver can gently begin applying the brakes, being sure to ease off the pedal if the vehicle begins to skid again.

Puddles can be a hazard in driving, both for the possibility of hydroplaning and for other issues. If the water from a puddle splashes up into the motor and other parts of a vehicle, it can potentially trigger a short circuit, making the vehicle stall and possibly causing serious damage. However, avoiding puddles where possible or slowing down to go through them slowly can help drivers avoid these problems. 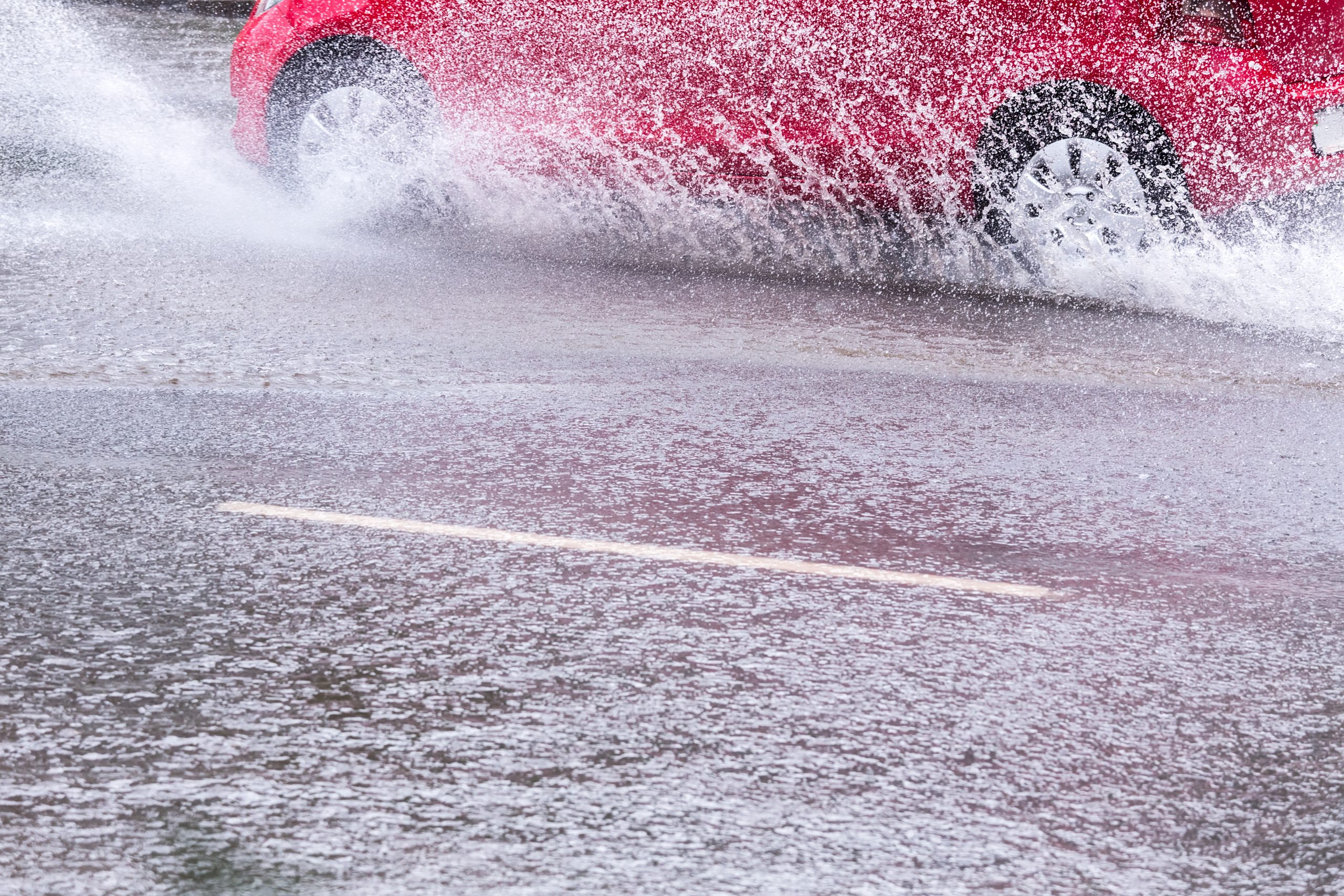 Slowing down while going through puddles has several other advantages. Water splashing up from the tires can potentially block other drivers’ visibility temporarily, possibly long enough to cause an accident. In addition, cyclists and pedestrians can be drenched with the water spraying from puddles. For cyclists, being sprayed with water from passing vehicles is about more than being wet and uncomfortable; it can be a serious safety hazard as cyclists can easily lose their balance and fall.

Lightning is another possible hazard connected with rain. While thunderstorms do not occur with every rainfall, these violent storms can cause serious problems for drivers. As the Canada.ca website notes, a vehicle is normally a safe place to take shelter from a lightning strike. However, when a thunderstorm happens after sunset, the bright flashes of light in the darkness can confuse and disorient drivers, possibly causing them to miss hazards that they could otherwise avoid. Combined with heavy rain, lightning could create a dangerous situation for drivers.

As with other weather conditions, the challenges of driving in rain depend on many factors, including its severity but also its frequency. Drivers in British Columbia or the Maritimes, for example, are accustomed to dealing with rain and have developed methods of coping with it. Even for drivers in Ontario who are less experienced at driving in the rain, however, the necessary skills can become second nature. With practice, drivers can be comfortable operating a vehicle in this potentially hazardous weather condition.