The task of driving is all about the ability to see clearly. Anything that has a negative impact on vision can potentially be dangerous, whether that is an impairment such as shortsightedness or something as simple as the sun shining in the driver’s eyes. Glasses or laser surgery are options for some types of impairment, but the issue of bright sunlight requires a different solution. For that, sun visors are a built-in remedy.

As the name suggests, sun visors are designed to help block the sun and to keep drivers’ eyes from being dazzled. As the Alberta Motor Association website notes, about ninety percent of the information that drivers receive about the road comes through their eyes. Being able to see is essential to safe driving, but the glare of the sun can temporarily blind the occupants of a vehicle. In addition, bright sunlight can cause headaches, fatigue, and other conditions that negatively affect driving. Blocking out some of the light with a sun visor can help reduce these problems. 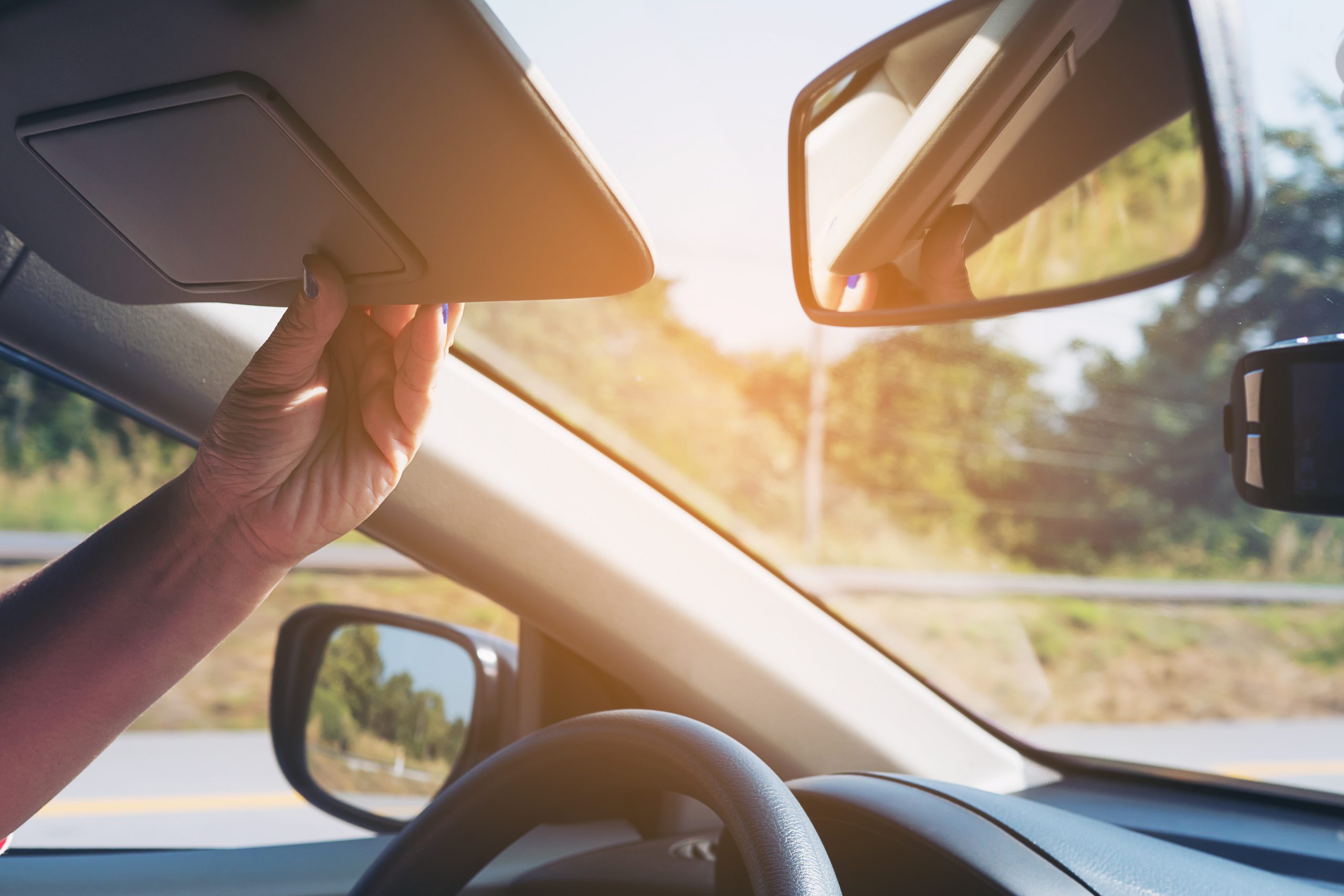 Sun visors have long been standard in motorized vehicles, from small cars to massive trucks. As the author of the Your Mechanic website notes, sun visors have been in use since 1924, when they were introduced in the Model T car. Sun visors have developed and changed since then, but the basic idea behind them has remained the same.

Designs vary somewhat from one vehicle to another, but sun visors are basically all thick rectangular flaps of cloth- or vinyl-covered plastic or other material that can hang down from the top of the windshield or be tucked away against the ceiling. One end of the visor is attached to a hinge on the vehicle, while the other end has a hook so that the person can move it to shade the light coming in from the side window. The visor normally moves backwards and forwards to adjust the angle for different heights and levels of sunshine.

Normally, only the driver and front passenger seats have sun visors since the front of the vehicle is most likely to suffer from the effects of the sun. The driver needs to block some of the sun’s rays to be able to see both the road and the instrument panel, while the front seat passenger frequently acts as navigator for the driver and may also need to see the road clearly. The passengers in the back, in contrast, normally experience fewer of the harmful effects of sunlight and have less of a need to see out of the windows.

The Autoblog website discusses another type of sun visor that was developed in 2007: the electronic sun visor. The idea behind this technology is to have a system that automatically detects when the sun is low enough in the sky to cause problems for the driver. It then lowers the sun visor and later raises it when it was no longer needed. However, this type of technology is still too expensive and advanced for the average vehicle, where mechanical systems are still the most reliable and affordable.

Sunrise and sunset are the times when drivers are most likely to need sun visors due the sun’s low position in the sky. However, winter driving can make sun visors necessary during the day, with the generally low position of the sun, even at noon. When the sun begins to get into the driver’s eyes, making it hard to see, it may be time to start using the sun visor to help with visibility. 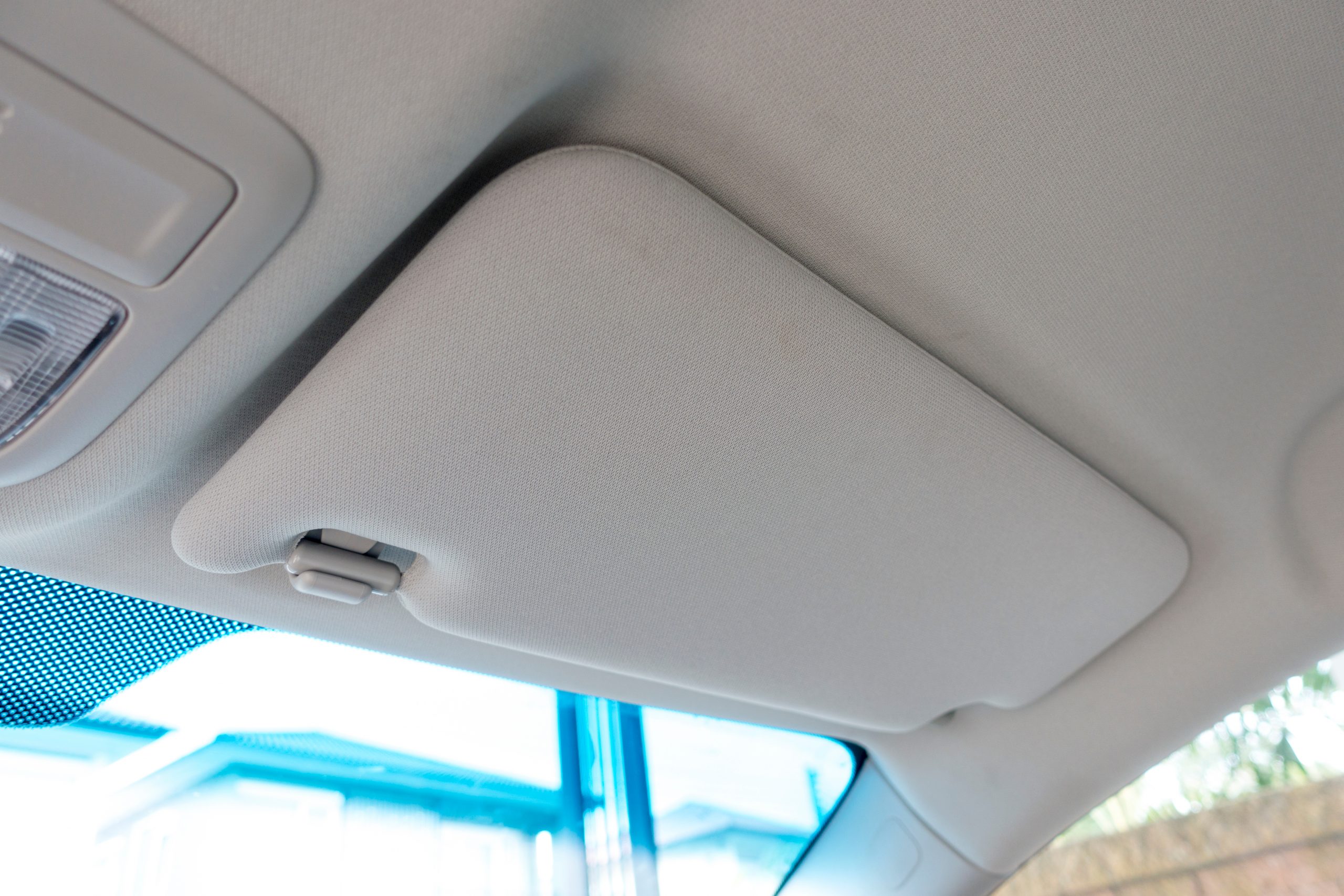 Sun visors can be very helpful when they work properly, but they tend to be less useful for some people than for others. For people with short upper bodies, for example, the sun visor can be too high to make much of a difference. Their eyes may be at a level where the sun still blinds them despite the visor. However, sun visor extensions can help deal with this problem. As a Researchgate article on sun visors notes, these extensions are often made of the same material as the visors themselves. Just as drivers can adjust the seat for their height and driving preferences, they can also adjust the visor extensions to suit their needs.

Some sun visor extensions are transparent rather than opaque. As the editors of The Drive note, many of these extensions include UV protection, just like a good pair of sunglasses. With these sun visors, drivers can see well both inside and outside the vehicle. One problem with sunglasses, unless they are specifically designed for driving, is that the amount of shading needed for shielding the eyes from the sun can also make it difficult for drivers to see the instrument panel in front of them.

Sun visors should be easy for drivers to use on the road. In many cases, people might not know before starting out whether or not the visor will be necessary, and it would be troublesome and potentially unsafe to stop the vehicle to adjust the sun visor. The driver should be able to pull the visor down, together with its extension if necessary, while still watching for hazards on the road. If this is difficult because of a stiff hinge or other issue, the vehicle’s owner should be sure to have it fixed.

According to a study on life-threatening motor vehicle crashes by the National Center for Biotechnology Information, bright sunlight is a factor in many vehicle crashes, increasing the risks by up to thirty-two percent in some cases. The risks of being dazzled by the sun are even greater than the dangers of driving at night, according to the study. In addition to the dangers of the bright sunlight itself is the fact that roads tend to be busier during the day, when trucks are transporting goods, families are out, or school buses are driving down the streets. Having a good sun visor can help drivers see properly.

Sun visors might seem like an unnecessary piece of equipment, but they can be vital for safe driving. Making sure that they are working properly is important for all vehicle owners.